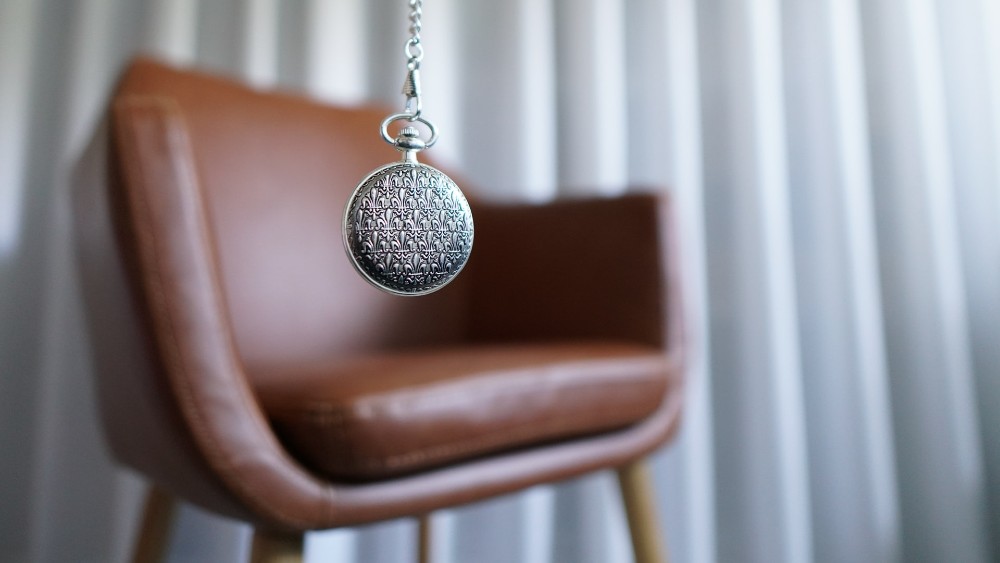 A Democrat PAC email reveals the Democrats’ continued obsession with Trump and their skillful use of some startlingly insane lies.

The PAC is still obsessed with Trump long after he’s gone from the office of President. It also serves as a recycling ground for every crazed Democrat theory ever born about Trump. 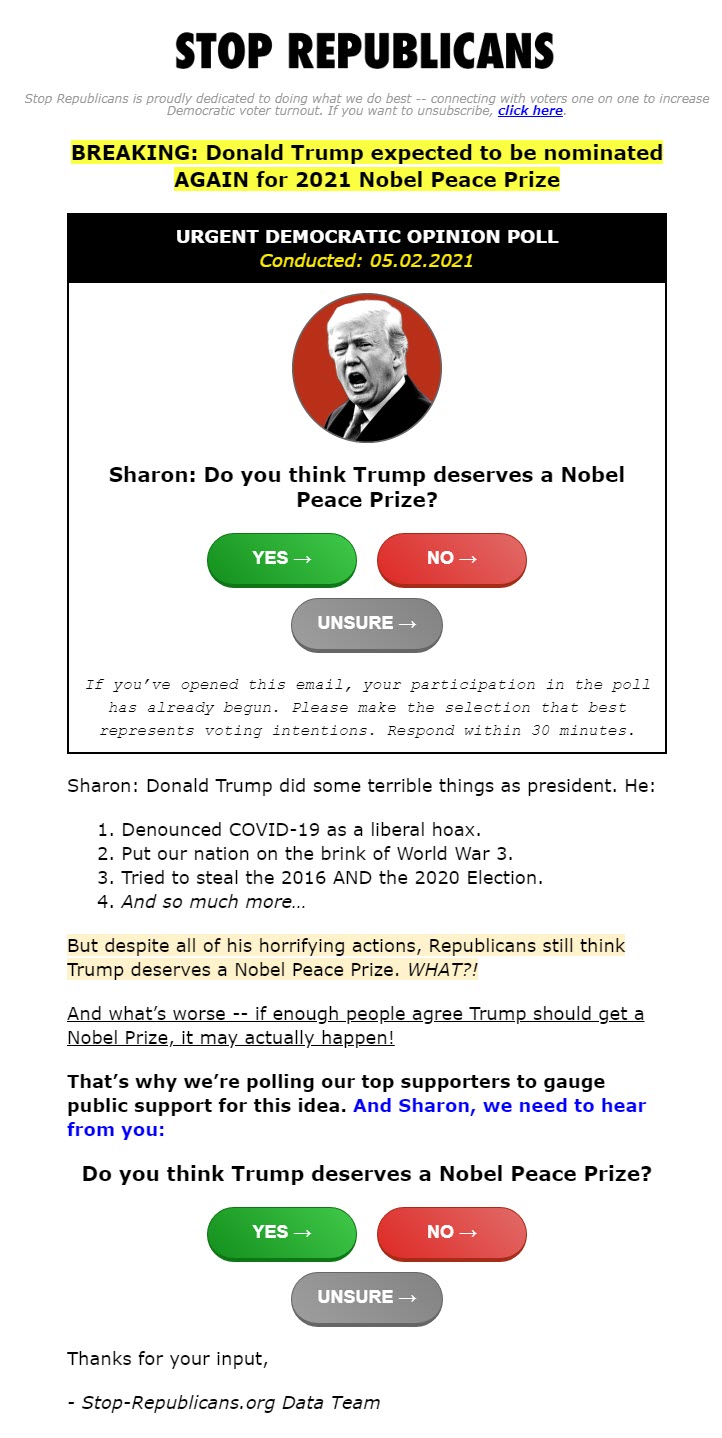 Maybe I haven’t been watching the news enough because I totally missed the time Trump put America on the brink of World War III.  Also, did you catch the claim that he tried both to steal the 2020 Election (the Arizona audit may prove who really stole the election) and the 2016 election? Considering that he won the 2016 election, what in the world do these mush-brained people mean by the claim that he “tried” to steal it? Is that bizarre language an acknowledgment that, in fact, he didn’t “steal” the election because his “stealing” was abortive so, instead, he won it fair-and-square?

Who knows? It’s clear that the theory behind the email is to throw everything at the wall to see what leaves disgusting slimy trails in its wake.

If you click the link, as I did, the insanity increases. The first two questions seem to present a normal poll. It all goes off the rails, though, with the third question: 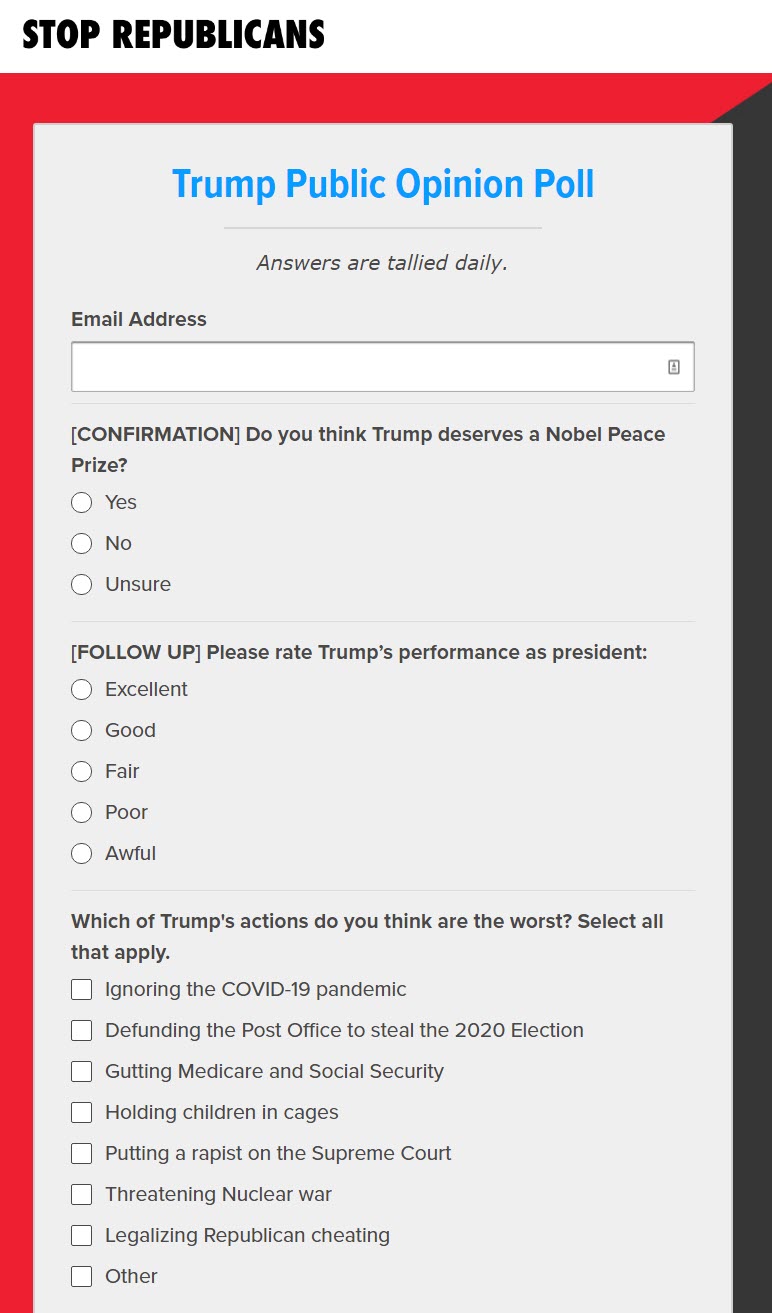 Let me count the ways in which those questions depart from reality.

Ignoring the COVID pandemic? Trump immediately stopped travel from China, a move Biden excoriated as xenophobic, only to do the same thing now with India. Trump mobilized the private sector to build respirators and masks and he coopted the military to help New York (which then didn’t bother to use the military’s help). He lifted government regulations and redirected federal funds to create Operation Warp speed, which developed vaccinations in record time, and put into place the infrastructure for vaccine distribution that Biden now boasts about.

Defund the Post Office to steal the election? This was one of the crazier theories. There was no defunding. There was an attempted reorganization to address the fact that the Post Office is hemorrhaging money. And of course, once Democrats claimed Biden’s “victory” was the result of mail-in ballots, we heard nothing about the Post Office. Oh, wait. We did hear, often, that Post Office employees were backdating late-mailed ballots in Democrat districts.

Holding children in cages? Obama started it. Biden’s turned it into an art form. Again, this is intended to tap into the emotions of the uninformed people who read only The New York Times or Washington Post.

Putting a rapist on the Supreme Court? A more awful calumny it’s hard to imagine. No evidence supported Blowsy-Fraud’s claims and she crawled back into the gutter as soon as Kavanaugh was confirmed, never to be heard from again. Kavanaugh, though, seems to have been taught his lesson. He’s weak now.

Threatening nuclear war? Really? When? The world’s bad actors were cowed during the Trump era. They’re all flexing their muscles now. And I’m still wondering why Biden is getting into an escalating war of words with Putin, who has control over a lot of nuclear weapons.

Legalizing Republican cheating? Again, what are they talking about? Trump did nothing whatsoever to affect voting in the individual states. Nor was Trump behind drop boxes, ballot harvesting, mailing ballots to all registered voters, whether dead, illegal, or imaginary, locking observers out of the vote counts, or any of the other endless shenanigans in which Democrats successfully engaged.

In other words, every single word in that list of “worst things” is a lie. The list exists to reinforce lies. It’s the modern version of “Watch this swinging watch. You’re feeling sleepy, very sleepy. When you wake up, you will believe any amount of crap that the Democrats send your way.”

I led off this post by saying the Democrats were crazed and insane. Having written this post, I take it back. This is a brilliant way to reinforce lies. I just hope enough people are resistant to this technique so that it doesn’t take hold.