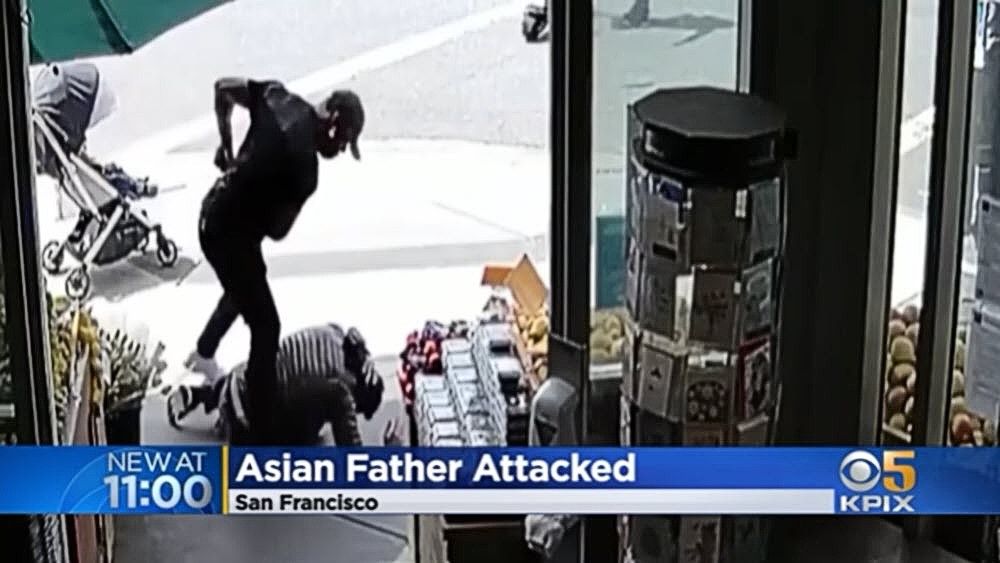 After reading about another brawl in another airport, it occurred to me that leftism has harmed more blacks than any other aspect of American history.

When American blacks were weighed down by the horrors and indignities of both slavery and Jim Crow, they responded by striving to be better than their oppressors. The Democrat party slavers or white segregationists could steal blacks’ liberty but they could not steal their inherent decency or dignity.

Blacks focused on having intact families, on faith, on education, and on hard work. In other words, they did what all marginalized people in America have done — they showed their innate understanding of the American liberty denied them and responded by being so damn good at what they were doing that the free market eventually had to let them in.

The Civil Rights Act reflected the force of both the free market and World War II. The war matter because it forced Americans (at least, Americans who weren’t Democrat racists) to understand that dividing people by race is a zero-sum game that leads to societal death and destruction. In addition, after 1948, and especially after the Korean War, troops who had begun to serve in an integrated military were exposed to blacks without the filter of societal racism and this too broke down barriers.

If you want an analogy, Prohibition didn’t lead to Americans opposing alcohol abuse. Instead, Prohibition passed because Americans were already on board with the idea that alcoholism was eating away at America’s moral and economic fabric. America’s epic decades’ long drinking binge had already substantially abated, with was how there were enough votes for Prohibition.

Good-hearted Americans, heartily sick of the evil racism that continued to permeate parts of America thought of the Great Society policies as a sign of beneficence and a way to give blacks a much-deserved leg up. Lyndon Baines Johnson, the cynical Southern Democrat, had a more clear-eyed view of the Great Society policies: As he crudely said, once these policies were firmly in place, blacks would be entirely dependent on the government and vote Democrat forever.

As I’ve said time and again, welfare money made black men redundant. Their presence in the home interfered with the free flow of government money. (It wasn’t only blacks, of course. Many years ago, I knew a young woman who had five children with the same man. They never married, though, because it was economically better for her to be a single mother. However, unlike many inner-city relationships, that woman and her non-husband are still together and their children have grown up to some measure of success.)

While the Democrats’ policies (aided by Republicans, of course) made men economically expendable, the men’s absence echoes down for generations. Boys need fathers to teach them how to be good men. Girls need fathers to show them that girls don’t have to give out sex to get a  man’s love and to protect them from men who never learned how to be good.

Even as leftist policies chipped away at family stability, leftists did two other evil things: (1) They attacked faith, even though modern Judeo-Christian faith has been a tremendous force for good at the micro-level, in families, and at the macro-level, in whole societies. (2) They told blacks that, because of “systemic racism,” blacks were damned if you did and damned if you didn’t in terms of obeying the laws. So you might as well disobey the laws. No one on the left ever pointed out that all this systemic racism existed most in Democrat-run communities.

(By the way, I’m specific about the Judeo-Christian faith. Mohamed mandates violence as a tenet of Islam, so I don’t like it. It’s not good for Jews, women, homosexuals, Christians, or anyone else who isn’t a fervent believer. And as we know from what happened in Sudan, Muslims are incredibly racist, with Arab Muslims considering themselves to be at the pinnacle of the faith and viewing blacks as decided inferior and even expendable.)

The loss of those two foundational pillars (faith and law) nurtured a strand of black society that is completely feral. I know that’s not a nice or politically correct thing to say, but the looting and rioting last year showed us something: Many urban blacks have no internal moral compass telling them something is wrong. Instead, they have a loud leftist voice in their ears saying, “You deserve it. Steal. That store, that white person, that law-abiding black — they all had it coming. If you want it, you get it.” And so they destroyed their own communities in Minneapolis, in Kenosha, in Chicago, and in other Democrat-run cities across America.

And about that feral quality: Last week, this video made a splash. It shows a raging brawl — a complete lack of self-control — at Miami airport, with all the participants being black:

@iflymia and the police never arrived. Fight at the gate at Miami International Airport pic.twitter.com/aQ2bpyf5BP

Type “brawl” or “teenage mob” into YouTube and, outside of hockey brawls, 90% of the videos come back with black people engaging in behavior incredibly damaging to them and their communities.

This one, although called a brawl, isn’t. The limited footage available shows a big black man beating the bejesus out of a much smaller white guy.

I could keep doing this. And those teen mobs?

None of that surprises me. I’ve written before about how deeply blacks resent Asians.

This post sounds pretty racist, doesn’t it? It’s not meant to be, though. I don’t believe that any of these behaviors are inherent in or inextricably tied to black skin color. They are learned behaviors because the left systematically removed from the black community the tools of civilized behavior, tools that work regardless of a person’s color: (1) a family with a mother and a father, (2) the Judeo-Christian faith, and (3) respect for the law. Slavery couldn’t do that; Jim Crow couldn’t do that. Leftism did it.

Blacks need to stop looking to the government for salvation. For one thing, the only thing that will save people is the work they put into themselves. That’s true for anyone in the grip of a vice. Others can guide you but you have to do the hard work whether it’s giving up drink or drugs, going on a diet, studying in school, or becoming a high-functioning community.

For another thing, if given even more power in the black community, leftists will only inflict ever greater harm. It’s to their benefit to have a dangerous, barely leashed cohort of people that they can use to blackmail (no pun intended) corporations, courts, government, communities, etc., with the threat of violence. Democrats have essentially enslaved blacks once again, this time turning them into attack dogs, rather than people of independence and dignity. It’s disgusting.

I’ll leave you with Frederick Douglass’s words from 1862, when asked what should happen to blacks after emancipation:

What shall be done with the four million slaves if they are emancipated?

This question has been answered, and can be answered in many ways. Primarily, it is a question less for man than for God—less for human intellect than for the laws of nature to solve. It assumes that nature has erred; that the law of liberty is a mistake; that freedom, though a natural want of the human soul, can only be enjoyed at the expense of human welfare, and that men are better off in slavery than they would or could be in freedom; that slavery is the natural order of human relations, and that liberty is an experiment. What shall be done with them?

Our answer is, do nothing with them; mind your business, and let them mind theirs. Your doing with them is their greatest misfortune. They have been undone by your doings, and all they now ask, and really have need of at your hands, is just to let them alone. They suffer by every interference, and succeed best by being let alone.

As colored men, we only ask to be allowed to do with ourselves, subject only to the same great laws for the welfare of human society which apply to other men, Jews, Gentiles, Barbarian, Sythian. Let us stand upon our own legs, work with our own hands, and eat bread in the sweat of our own brows. When you, our white fellowcountrymen, have attempted to do anything for us, it has generally been to deprive us of some right, power or privilege which you yourself would die before you would submit to have taken from you. When the planters of the West Indies used to attempt to puzzle the pureminded Wilberforce with the question, How shall we get rid of slavery? his simple answer was, “quit stealing.” In like manner, we answer those who are perpetually puzzling their brains with questions as to what shall be done with the Negro, “let him alone and mind your own business.” If you see him plowing in the open field, leveling the forest, at work with a spade, a rake, a hoe, a pickaxe, or a bill—let him alone; he has a right to work. If you see him on his way to school, with spelling book, geography and arithmetic in his hands—let him alone. Don’t shut the door in his face, nor bolt your gates against him; he has a right to learn—let him alone. Don’t pass laws to degrade him. If he has a ballot in his hand, and is on his way to the ballotbox to deposit his vote for the man whom he thinks will most justly and wisely administer the Government which has the power of life and death over him, as well as others—let him alone; his right of choice as much deserves respect and protection as your own. If you see him on his way to the church, exercising religious liberty in accordance with this or that religious persuasion—let him alone.—Don’t meddle with him, nor trouble yourselves with any questions as to what shall be done with him.

What shall be done with the Negro if emancipated? Deal justly with him. He is a human being, capable of judging between good and evil, right and wrong, liberty and slavery, and is as much a subject of law as any other man; therefore, deal justly with him. He is, like other men, sensible of the motives of reward and punishment. Give him wages for his work, and let hunger pinch him if he don’t work. He knows the difference between fullness and famine, plenty and scarcity. “But will he work?” Why should he not? He is used to it. His hands are already hardened by toil, and he has no dreams of ever getting a living by any other means than by hard work. But would you turn them all loose? Certainly! We are no better than our Creator. He has turned them loose, and why should not we?

I’ve often said that Martin Luther King, were he to see his “dream” today, would weep. So too would Frederick Douglass upon seeing the wrack and ruin created by generations of Democrats aggressively ignoring his advice.