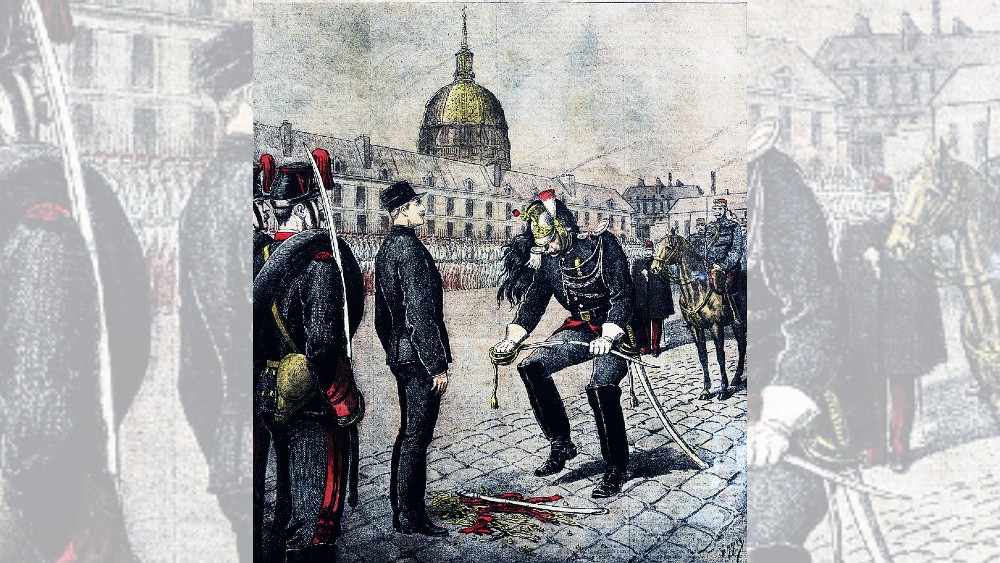 What happened to Derek Chauvin has disturbing parallels to France’s famed Dreyfus affair 127 years ago.

I wrote this essay for American Thinker and was a little disappointed that it didn’t get more traction, so I’m reprinting half of it here. If you like the first half, you can read the second half by following the link to AT.

In 1894, Alfred Dreyfus, a Jewish officer in the French army, was convicted of treason – despite it being obvious that he was not guilty but was being railroaded. Four years later, once the facts were fully known, Émile Zola, the famed novelist, famously wrote an open letter under the headline “J’Accuse,” accusing the French military of a deliberate cover-up. I can’t help but see parallels to that in Derek Chauvin’s railroading in a Minneapolis courtroom.

As French Jews discovered when the Nazis invaded, while many French people disliked the Nazis, they disliked the Jews even more. From the collaborating Vichy government on down, a disgraceful number were happy to connive with the Nazis to get rid of the Jews in their communities. The Jews should have expected this because they had a foretaste of French antisemitism in 1894 with the infamous Dreyfus affair.

The bare bones of the story are that Alfred Dreyfus was born into an affluent and assimilated Jewish family. He attended the famed École Polytechnique and, after graduating, joined the military. He achieved the rank of captain and ended up serving in the War Ministry.

In 1894, Dreyfus found himself accused of selling military secrets to the German military attaché. He was arrested in mid-October and, by mid-December, he’d been convicted and given a life sentence. Four months later, he was off to the heinous penal colony on Devil’s Island, in the waters off French Guiana, which had a mortality rate that reached 75%.

Dreyfus’s conviction and imprisonment might not even have made the local papers were it not for the fact that the entire case was driven by virulent anti-Semitism, which was the Critical Race Theory of its day. It was obvious to all involved in the case that the evidence introduced against him was always weak and often implausible. Even the meanest intelligence could see that he was being railroaded because he was Jewish. Britannica sums it up thusly:

Although he denied his guilt and although his family consistently supported his plea of innocence, public opinion and the French press as a whole, led by its virulently anti-Semitic faction, welcomed the verdict and the sentence. In particular, the newspaper La Libre Parole, edited by Édouard Drumont, used Dreyfus to symbolize the supposed disloyalty of French Jews.

Almost immediately after Dreyfus’s conviction, it became apparent that the real culprit was Major Ferdinand Walsin-Esterházy, who was distantly related to the prominent Esterházy family, although through an illegitimate branch. (He had no right to the Esterházy name but tacked it on for the cachet.) It was he who wrote the damning letter offering the German Embassy various confidential military documents.

Although Dreyfus’s handwriting was allegedly similar to Esterházy’s, the reality – and everyone knew it — was that the drive to convict Dreyfus came about because he was Jewish and, therefore, genetically guilty.

As I noted above, most knew that Dreyfus wasn’t guilty of anything other than being Jewish. However, it took another four years before people of goodwill finally accepted that Esterházy was the guilty party and that the military had long known the truth but covered it up.

Armed with that knowledge, Zola wrote his famous “J’Accuse” letter, in which he informed the world that the French military had covered up its knowledge about Esterházy’s guilt, going so far as to acquit him of espionage charges when he was finally tried. Zola was indicted and found guilty of libel but the truth was out. Many French people rallied to Dreyfus’s cause.