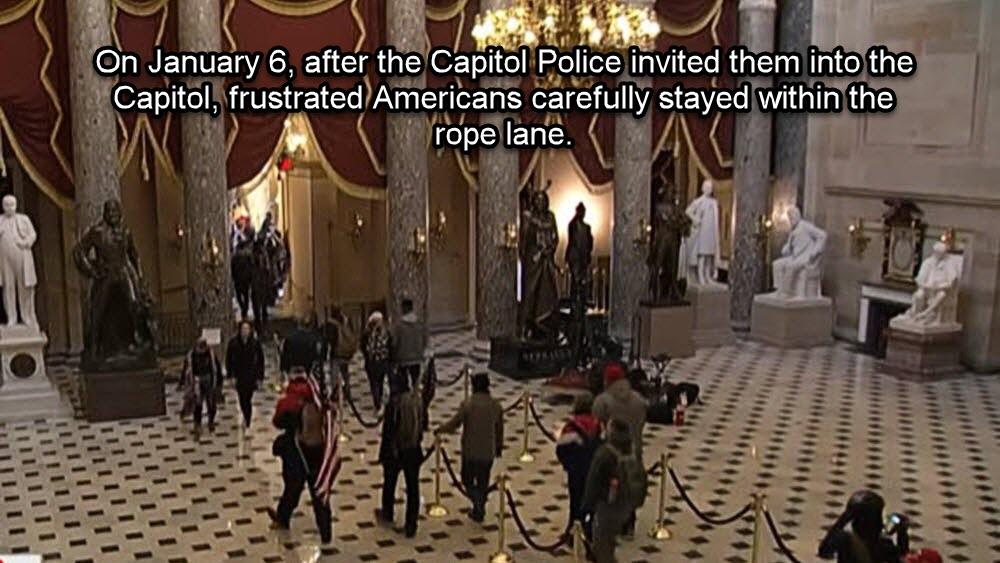 Americans once prided themselves on not bowing down to the government, unlike European sheeple. Now the reverse is true. What happened?

Across Europe, people are rebelling against their governments’ attempts to impose new mask mandates and lockdowns on them or, worse, vaccine passports. (That yearning for freedom, by the way, is an extension of my Danser Encore post.) We in America, however, despite our Constitution, as well as the legacy of the Magna Carta, the Petition of Right of 1628, and the English Bill of Rights of 1689 (all of which our Founders drew upon for the Constitution), are absolutely cowed. We whine, but we do nothing about mask mandates, lockdown threats, and the backdoor imposition of vaccine passports imposed via large corporations depriving people of jobs or access to their facilities.

Why is that? I have a theory.

In the last 11 years, conservatives have taken to the streets only twice: In 2010, they took to the streets for polite, cheerful Tea Party rallies. The Republican party turned against them, fearful that genuine conservativism would turn off the spigot of money and perks that keep the party and its politicians happy. Thanks to Republican disdain and inaction, the movement was strangled in the cradle.

Then, on January 6, when deeply frustrated Americans went to Capitol Hill, they discovered that they would not be treated in the same way as those whose protests came from the left. Those few January 6ers who actually assaulted police officers, destroyed federal property, or smashed windows to get into the Capitol did commit crimes. Technically, those few should be prosecuted. However, because the federal government did not prosecute those leftists who’ve done the same got a pass over the past many years (escalating in 2020), equal application of the law says that non-leftists should walk free as well.

But for most people on January 6, what happened was quite different. They climbed the Capitol steps, were invited into the building by the Capitol Police, and walked through the building, staying within the areas that are always cordoned off for visitors. Nevertheless, the FBI devoted every resource it had to hunt them down. They’ve been imprisoned, along with physical and psychological torture, for months (a clear violation of their constitutional rights). And last, but definitely not least, the DOJ, which is withholding 14,000 hours of video footage showing the event, is setting up charges that turn them into felons, incapable of getting jobs (or holding the ones they had on January 5), voting, having arms for self-defense, or having savings to take them into old age. Again, none of this happened to leftists who engaged in the same activities across America, including at the Capitol.

The American people got the message: Unless they’re card-carrying socialists, Democrat party members, Biden supporters, or any other leftist true-believer, their government will destroy them for exercising their First Amendment rights. For most of them, meekly resuming their masks, torturing their children with masks, and even losing money as their businesses are shut down, is better than the specter of having the federal government quite literally destroy them. At least when they’re “honorably” bankrupted by the mandated lockdowns, they can get welfare.

If I’m right, we have reached the most dismal point in American history since the worst days of the Civil War. True, we haven’t (thankfully) lost much blood but we may have lost something more precious: Liberty itself.