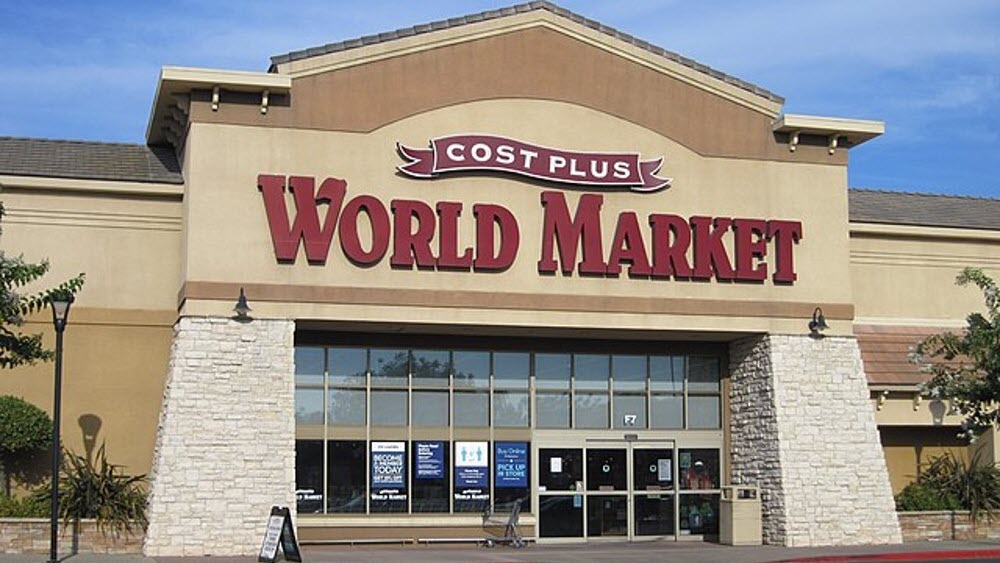 The hypocritical climate-change virtue signaling at Cost Plus would be funny if it didn’t weaken America and strengthen China.

I grew up as a Cost Plus child. We used to shop at the original store in Fisherman’s Wharf (where it opened in 1958), although beginning sometime in the 1960s, we always went to the one in Daly City. We bought a lot at Cost Plus back in the day because the stuff was exotic (it really was from foreign lands), cheap, and, for my European parents, a place in which they could occasionally find foods from their youth. I developed my passion for Botan Rice Candy, in its fascinating crystal-clear dissolving rice wrapper, there.

In the 1990s, Cost Plus rebranded itself as Cost Plus World Market and went a little upscale. Still, even as recently as the early 2000s, in addition to food from the world, when you went there you could get all sorts of other stuff from around the world. I particularly enjoyed the kitchen department, which had clever gadgets from Europe and Japan. I’ve still never found better bag clips than the ones I bought there a couple of decades ago from some Scandinavian country. Sadly, when my clips started disintegrating, Cost Plus no longer carried them.

Today, we went to our local Cost Plus World Market to stock up on some things that we can’t buy at the local grocery store. The food section is still delightful, carrying foods from all over the world (although I wish Cost Plus carried Japan’s Crunky chocolate which I think is much better than Pocky). I even got myself a single box of Botan Rice Candy. There are some traditions we don’t change.

However, despite the fact that the store was clean and well-stocked, and the people who worked there friendly and efficient, I very quickly got a very bad taste in my mouth. It started when we walked in and were attacked by virtue signaling. Right by the seasonal Halloween display, there was one good-sized display area dedicated to BLM and another dedicated to feminism (Ruth Bader Ginsburg, who believed that only women can get pregnant, was prominently featured). The Cost Plus website’s “girl power” page and the search result for “Black Lives Matter,” give some idea about the displays, although they had many more products than those searches indicate. Still, if the customers buy that stuff, then it’s a good business to carry it.

My higher-level irritation started after I’d gotten my chocolate and headed over to the kitchen area looking for cool, cheap gadgets from foreign lands. I didn’t find cool, cheap gadgets from foreign lands. Instead, in addition to very expensive storage and cooking stuff, most of the products Cost Plus was selling in that section were about being “green.”

Everything assured buyers that, having this or that product in the kitchen would help save the planet. For example, there were the brightly colored, $10.00 reusable silicone snack storage bags. (The half-gallon bags cost a hefty $20.00.) That wasn’t the only expensive purportedly “environmentally good” product. One display after another promised buyers that the products being sold were made of reusable this, recyclable that, and earth-friendly the other stuff. All were expensive — and every single one that I picked up was made in China.

China, as you, my readers know, but credulous, climate-obsessed lefties consistently manage to miss, is the world’s biggest polluter and has no intention of stopping. It supports the climate change agenda only to the extent that it encourages Western countries to keep hobbling their economies. The irony, of course, is that having killed their manufacturing sectors thanks to sky-high energy costs and Orwellian environmental regulations, these same Western countries have no choice but to have China manufacture the products that Western consumers foolishly believe will save the world.

Cost Plus’s cookware section is a microcosm of everything I hate about leftists: It’s a toxic combination of mindless virtue-signaling layered over the very sins those same virtue-signaling leftists purport to hate. In other words, it’s hypocrisy on steroids. After all, nothing says modern leftism like getting people to spend $20.00 on a single storage container that guarantees it will save the planet, after having that same container manufactured in the most polluting country in the world (a manufacturing process that, I’m guessing, prices out to, at most, a couple of bucks per container).

I should add that I’m almost certainly being unfair to Cost Plus by singling it out. The fact is that I try to shop as little as possible. I’m sure that, if I were to go into other stores selling similar goods with a similar “save the world vibe,” I’d find the exact same thing and be just as disgusted by the hypocritical virtue signaling. Cost Plus fell afoul of me simply because it’s one of the few stores I frequent and because I have decades’ worth of memories of what it used to be.