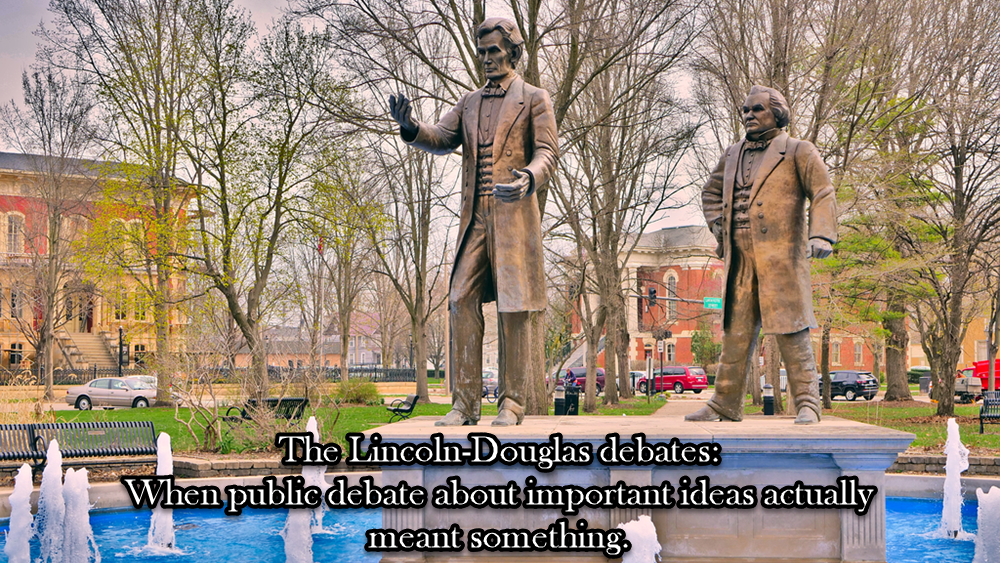 Leftists’ censorship of any information they dislike about COVID and vaccines is splintering America, probably intentionally.

The left, which controls most of the mass media in America (TV and print news, videos, social media, internet searches, etc.) is actively censoring anything that doesn’t wholeheartedly support the idea that 100% of Americans must get vaccinated or we will all die, completely impoverished. This includes censoring material about natural immunity, treatments for COVID, and risks associated with the vaccine.

Because these leftist institutions are working hand-in-glove with the government, and because social media has edged out the public square to which all Americans once had access, there’s a good argument to be made that this censorship is unconstitutional. The government’s allies have made it impossible for those who oppose the government party line to have a serious say in the matter.

And no, the fact that I can say what I’m saying on my little blog is irrelevant if anything I put up on major forums such as YouTube or Facebook is instantly deleted and I am threatened with being erased entirely for daring to say such things. Even in totalitarian countries, brave people could whisper truths in the privacy of their room but woebetide anyone who spoke more loudly.

However, I want to move from the principle of the thing to something very specific that so perfectly illustrates censorship’s harm–and that’s the fact that the current lack of debate about COVID reveals why a free marketplace of ideas is so important.

In a true marketplace of ideas, all of the facts regarding COVID and vaccines would get aired and people would have a chance to argue their interpretation about both those things. In an honest crucible set up in the free market of ideas, Americans would almost certainly be able to reach a consensus. Those relying on shoddy facts or weak arguments would be sidelined, while those who could make strong, defensible arguments would almost certainly manage to persuade the majority over time.

Thanks to leftist censorship, the facts and arguments about COVID and vaccines never go head to head. Instead, each side preaches to the choir and, when any side hears a random piece of information from the other side, rather than having to debate it, each side doubles down on demonizing the other and trumpeting the virtues of its position. Moreover, because leftists have control over mass communication in America, they have the power through regulations, law, and speech, to paint any opposing view as “crazy.”

As you may recall, Obama used this tactic to good effect. When people wanted to see his birth certificate, he refused to provide it. Then he allowed only selected people to view a document that is a matter of public record. And then he made available a PDF that, deliberately or not, looked doctored. By doing this, he drove his opponents into a frenzy because they assumed that, if he was hiding the information, it was because he had something to hide. But I’ve come to believe that the reason he was hiding it was to create that frenzy so that he could paint his opponents as paranoid lunatics rather than people seeking information to which they ought to have been entitled from the get-go.

When it comes to matters of life and death, as is the case with treating COVID and forcing vaccines on people, the parallel systems of communication that leftist censorship is forcing on America leave ordinary people struggling to make sense of where reality lies. On the one hand, you have Biden using the power of the government to destroy anyone who won’t follow his mandate because the “unvaccinated” (like the undead) are about to kill us all. On the other hand, as I know from the many emails I receive on the subject, many of those who oppose the vaccination insist that everyone who’s had the vaccine–any vaccine–will be dead in two years.

I don’t believe either of those viewpoints. I’ve come to certain conclusions about treating COVID and taking the vaccines, none of which I’ll share here. I won’t share them because they have no value. They simply represent my best stab at figuring out some logical theory by observing a debate that is taking place in two separate spheres, with neither side communicating with the other. The utility of debate, which is to keep the debaters honest because their opposite party is waiting to challenge them and forcing them to defend their position, doesn’t exist.

Please note that I am not saying “a plague on both their houses.” Those who oppose vaccines want a public airing and free debate. It’s the left that has used its power over the television media,  newspapers, magazines, and the internet to ensure that anyone who challenges the leftist view is ridiculed, silenced, and, if at all possible, economically destroyed.

Our Founders may not have known about COVID, but they fully understood that a healthy society–physically and mentally–must have a free exchange of ideas. The marketplace of ideas is oxygen and censorship is a way to strangle society. And of course, it’s an admission that the party doing the censorship, rather than believing itself to be entirely in the right, is pretty darn sure that its ideas cannot withstand scrutiny or honest discussion.

Image: Commemorative statue of the Lincoln-Douglas debate on the site of the Ottawa, IL, debate (cropped). Photo by JabSVBS13. CC BY-SA 4.0.