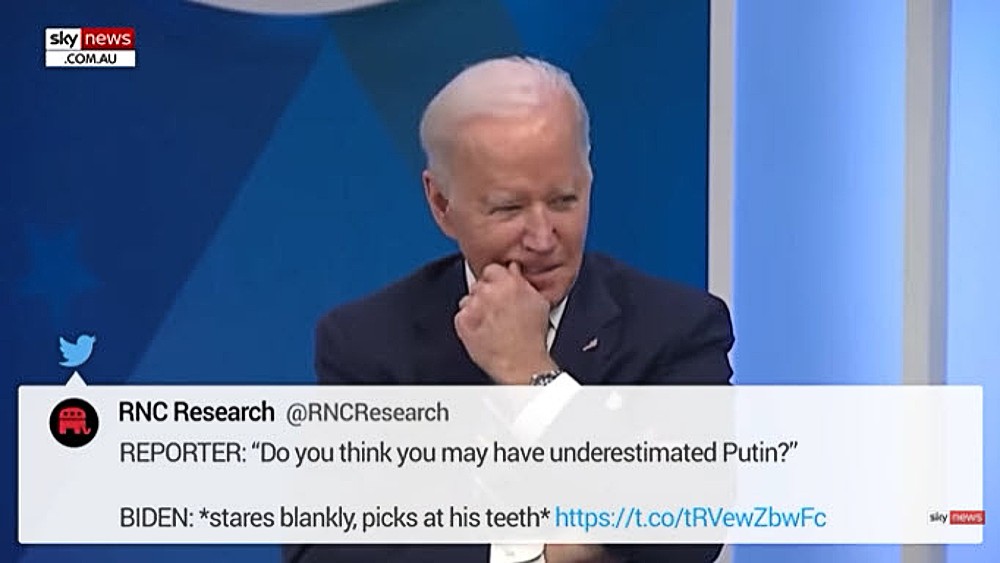 In no particular order, here are my thoughts about what’s happening in Ukraine — and I am all over the board but mostly against it.

I do not believe in the Wilson Doctrine (i.e., that it’s America’s job to make the world safe for democracy). Instead, I believe in the Trump Doctrine, which says that America’s job is to make the world safe for America. Nobody has presented me with a compelling reason that interjecting ourselves in the Ukraine-Russia dispute will make America safer.

I feel no obligation to Western Europe. We hauled Western Europe’s chestnuts out of the fire twice in the form of our intervention in World Wars One and Two. I’ll be the first to agree that World War Two was a righteous fight (although it’s worth remembering that we got involved in the European theater only because Hitler declared war on America two days after the attack on Pearl Harbor). Hitler’s determination to exterminate “undesirable” races and the handicapped added a whole new gloss to his activities.

That’s just the beginning, though. Europeans have also been so smugly righteous about their willingness to disarm themselves. Their battle cry has been that only evil Americans believe that individuals have a right to self-defense. (This holds true for Canada, too.) Of course, when the authoritarians come or the invaders arrive, they find that they’re helpless. If you willingly make yourself helpless, should others bear the costs of your defense?

Europeans smugly embraced climate change and — except for France, which embraced nuclear power — stripped themselves of their ability to maintain a modern, fossil-fuel-based system. They are completely dependent on Russia, which makes it impossible for them to be objective about what’s happening on Europe’s furthest eastern edges.

And of course, Europeans invited in millions of Muslims, freely handing their nation over to people who are antithetical to Western beliefs and governance. After two decades in which American men and women shed their blood for the Muslims who hate us, I’m certainly not inclined to do that all over again.

I view this malevolence toward Russia from the left as the result of two things, neither of which has anything to do with America’s wellbeing. The first is that this is a continuation of “Russia, Russia, Russia.” Having turned Putin into a boogy man, they can’t stop now. The second is that we know that Ukraine poured millions into the Biden family coffer. I can’t help but feel that this is payback time.

The Bidenista’s keep justifying this as a defense of national sovereignty — even as the Bidenistas have erased America’s sovereign borders. They don’t give a flying whatsit about national sovereignty. They’re clearly lying. (So are the Europeans, who opened themselves up to the Muslim invasion.) This is a patent lie and if they’re lying, you have to wonder what the truth is. I mean, we know it boils down to money and power, but whose money and what power acquisition.

Certainly, Biden is already using this to explain away his lousy economy. He’s hoping that the American people, if they keep hearing “Ukraine/inflation” as a matched set, will forget that the actual reason for inflation is every one of Biden’s policies. Are the American people as stupid as the Democrats hope they are? We’ll see. Forty years ago, the answer probably would have been “no.” Now, we have a population that believes men and women can magically belong to the opposite sex, so they’re pretty much geared to believe anything.

By sending more and more troops to Ukraine, Biden seems to want a hot war. Given that the financial benefits of war flow to his cronies while the bloody losses of war flow to the ordinary people in our military, the paranoid side of my brain says that this seems like a good way for Biden to continue his assault on middle America — by which I mean the middle classes of America and the middle geography (i.e., the Heartland) of America.

Moreover, by going toe-to-toe with Putin, Biden is risking more than a hot war. Putin has nuclear weapons and, although Russia is nothing compared to its former USSR grandeur, he has tremendous cyberwarfare abilities. He can reduce America to stone-age status in about 20 minutes.

There’s also the little issue of going to war when Biden and the Afghanistan-withdrawal cohort in the Pentagon will be leading the charge. I wouldn’t trust these people to take down the bully in an elementary schoolyard, and that’s despite Biden’s boasting about his epic battle with the evil Corn Pop.

Putin is also correct that the population in Eastern Ukraine hews to Russia, not to Ukraine. That’s because, beginning in the 1930s, Stalin killed off the kulaks and replaced as much of that population as he could with Russian nationals. During Obama’s second term (as opposed to his current third term), when Putin went into the Crimea, a leftist who is very knowledgeable about the region told me that all that Putin was doing was repatriating Russian people to the mother country.

Viewed that way, there’s a lesson there for us here in America. One of my favorite thinkers wrote a post for American Thinker that perfectly expressed what has been going through my head for the past week: The Democrats are very busy using illegal immigration to replace American populations with Latin American populations. One day, Mexico will announce that the Southwestern states are filled with people whose real allegiance is to Mexico so Mexico should get that territory back. It’s exactly the same fact pattern as what’s playing out here.

And here’s a really personal reason for my disinterest in Ukraine: I don’t like Ukraine. This is separate from the fact that it’s not a free country but is, instead, just another Eastern European oligarchy. That status is another reason for us not to protect it. However, more personally, I cannot forget that Ukraine was quite possibly the nation most willing to collaborate with the Nazis when it came to exterminating the Jews. I know that the war generation is dead and gone, but I have this visceral hostility to Ukraine that, when added to all of the above matters, makes me disinclined to do anything for it.

Having said all that, here are the counterarguments:

The world cannot be a stable, functioning place if big nations are going around picking off parts of other, smaller nations, even if they’re doing so in the name of repatriating replacement populations or erasing colonialist borders. This Kenyan representative at the UN makes the case nicely:

Although Ukraine was once the heart of Russia (that’s where modern Russia began), so one could make an argument that this is not colonialism, there are other countries that the Soviet Union brutally occupied and that Putin may also be eying. Poland and Hungary top that list. Like Ukraine, they behaved badly during WWII (as, indeed, did most of Europe), but they’ve been stalwart defenders of freedom since then. Indeed, it was Poland’s Solidarity movement that began the USSR’s downfall. If Putin can “repatriate” Ukraine, why can’t he repatriate those countries as well?

Last thing is a good Matt Walsh monologue about Ukraine and American interests: