I promise that this post will be about what Sheldon Adelson had to say in an interview with Alana Goodman of Commentary Magazine.  Before I get there, though, I need to begin with a little story of my own.

Readers of my newsletter know that I had lunch last week with seven other conservative women here in Marin.  We had all found each other more or less by accident, not because any of us in Marin have proudly worn our conservativism in the open (our kids would be ostracized if we did), but because we listened for the little clues in their words that hinted at a conservative orientation.  We then risked exposing ourselves by asking, “Uh, are you by any chance  . . . um, you know, conserva-mumble, mumble, mumble?” 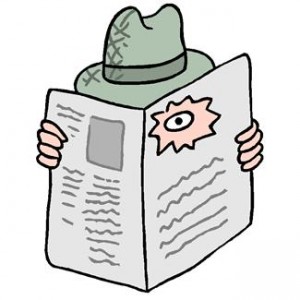 That shyness, of course, was before the last election.  Since the 2012 election, we’ve all made a vow to each other to be more open about our political identity and to challenge liberals who lead with unfounded conclusions that demonize conservatives and their beliefs or that confer saintly virtues on Obama and his cadre.

Where we differed was (a) gay marriage and (b) abortion.  With regard to abortion, we did have one overarching point of agreement, which was that abortion is not a federal issue and should therefore be returned to the states.  When it came to gay marriage, all of us were willing to recognize gay unions, but we differed about whether the answer is to declare gay marriage the law of the land or, instead, to preserve marriage for religious institutions, while making civil unions across the board (both straight and gay) the law of the land.  As regular readers know, I hew to the second view, which acknowledges human relationships and state goals, without interfering in any way with religious freedom. 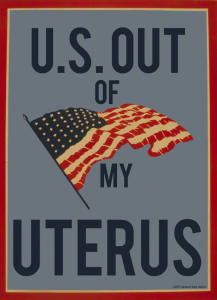 I walked away from the lunch realizing as clearly as I ever have that the strong fiber weaving us together is fiscal conservativism and individual liberty.  The frayed strands at the edges are what are commonly called “social issues.”

The Democrats, recognizing that the quickest way to shred a piece of fabric is to tear at the frayed edges, rather than to try to destroy the sturdy center, worked hard during the election to blow the gay-marriage and abortion dog whistles.  As the race in Missouri showed, social conservativism is a political landmine that routinely explodes in the face of struggling Republican candidates.  Todd Akin could have won that race if he hadn’t been asked about abortion.  When thinking about Akin’s repulsive and misinformed answer, which provided a solid Progressive rallying cry, don’t forget Richard Mourdock. His experience proves that, even if Akin had given a principled pro-Life answer, he still would have been pilloried and destroyed.

I’m a big believer that, when it comes to social issues, culture drives politics, rather than politics driving culture.  For the past forty years, social liberals have been planted very firmly in the driver’s seat.  They have infiltrated both media and education, which has given them the chance to shape a generation’s social views.  They have sensitized this generation’s ears so that the dog whistles most people under 55 hear the loudest aren’t “debt” or “fiscal cliff” or “responsibility,” but are, instead, “women haters,” “homophobes” and “racists.”

What this cultural transformation means is that, in the short term, conservatives can win on the fiscal side (and, possibly, on the individual liberties side) because people haven’t been deafened by decades of dog whistles on those subjects.  Until we take back the culture, though, which we do exactly the same way the Left did — namely, a slow march through the culture — we will invariably lose on social issues.  Significantly as the most recent election shows, losing on social issues inevitably means losing on all issues.

Now, finally, have established my premise about the way in which social issues invariably play against conservatives in national elections, I can get to Sheldon Adelson’s interview in Commentary Magazine.  For purposes of this essay, Sheldon Adelson is important for three reasons.  First, he is a conservative who is willing to put his money where his mouth is (unlike Warren Buffet, a true-to-form liberal who wants to put other people’s money where his mouth is).  The second reason Adelson is important is that, after his emergence as a money-player in this election, the Left has worked as hard to demonize him as they did to demonize the Koch Brothers and Mitt Romney.  And the third reason is that Sheldon Adelson agrees with me that conservatives cannot win on social issues:

For someone whose name and face were a regular staple of the election coverage, the public does have many misconceptions about Adelson. His liberal social views rarely received media attention during the campaign season, though he’s certainly never hidden them.

Adelson has not said whether he will use his influence to try to change the GOP internally. But he does believe social issues cost the Republicans the last election.

“If we took a softer stance on those several issues, social issues, that I referred to, then I think that we would have won the most recent election,” he said. “I think people got the impression that Republicans didn’t care about certain groups of people.”

You should definitely read the whole interview.

Adelson is precisely what my self-admitted conservative friends are:  fiscally conservative, socially fairly liberal, very receptive to legal immigration (because a nation, for health, national security, and economic reasons should control its own borders), and supportive of Israel.  What’s funny, though, is that Adelson is also pretty close in actual outlook to all the upscale, white collar liberals I know who reflexively vote Democrat because of the conservative issues.  These people are also fiscally conservative in their own lives; they what their country safe and fiscally sound for their children; they like immigrants but recognize that illegal immigrants pose risks both for American citizens and legal, Green Card immigrants; and they like Israel’s values.

The problem at the ballot box is that, after forty years of Leftist indoctrination, these educated liberals are unable to harmonize their values with their politics.  Despite recognizing the wisdom of fiscal management in their own homes, they think a state can survive indefinitely by spending more than it takes in; despite training their children in self-reliance, they believe that we should destroy self-reliance in “the poor”; despite believing that people should be able to protect themselves and their homes, they are embarrassed when their country tries to defend itself; and despite admiring a pluralist, democratic society, which is what Israel is, they bemoan the plight of the poor Palestinians who have allowed their (now sovereign) territory to devolve in a crazy mix of anarchism and Islamic fundamentalism.

What makes this cognitive dissonance possible for white collar liberals is their unswerving allegiance to unlimited abortions and (of late) to gay marriage. Just as fiscal conservativism, the Constitution, and individual freedom bind conservatives of all stripes together, so too do abortion and gay marriage (with a soupçon of illegal immigration) bind together Progressives of all stripes.  We cannot entice Progressives to fiscal conservativism if we insist on a purity test for abortion and gay marriage.  It’s just not going to happen.  And here’s the kicker:  abortion and gay marriage become moot issues if our nation collapses entirely under the weight of debt or if our walls our breached by Islamists or if we become “tuberculosis central” because we cannot assert even a modicum of polite control over our borders.

As a parent, I hew socially conservative, so those are values I want to advance.  But I’m a pragmatist who recognizes that the ballot box isn’t the place to make it happen.  The ballot box is how we manage issues of sovereignty (including national security and border control) and fiscal health.  Our social institutions are where we make headway on social issues.  If we can keep those lines from crossing, we can be a resurgent conservative political party and, eventually, a somewhat more traditional America, one that preserves the best and healthiest social policies of the past and the present.