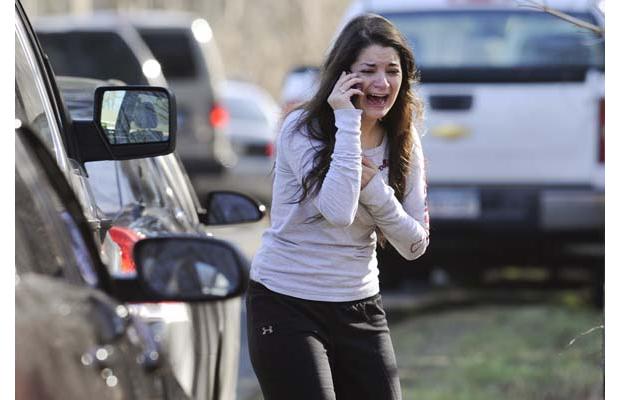 Despite being fairly decent at both sympathy and empathy, I truly cannot imagine what the survivors of the school shooting in Newtown, Connecticut, are experiencing, and that’s true whether I think of the ones in the line of fire or the family and friends whose loved ones were at the school.

Shooting children like fish in a barrel goes beyond crime.  It is, instead, an act of profound evil.  John Podhoretz latched onto this intrinsic evil when he likened the situation in Connecticut to the horrors of Gehenna:

Gehenna, a synonym for Hell, is a real place, or so the Bible tells us. You can see it today. It is a valley outside Jerusalem, the valley of the son of Hinnom, and it was where worshippers of the idol Moloch sacrificed children to sate their god’s hungers.

Gehenna was revived today in Newton, Connecticut, where as many as 20 children at last report were slaughtered in an elementary school this morning.

The connection between the protection of children and the practice of monotheism dates back to the beginning. After Abraham becomes the first Jew, the first monotheist, he is tasked by God to sacrifice his beloved son Isaac, the miracle child of his and his wife Sarah’s old age, and he takes up the task without complaint until God stays his hand. The story of Isaac’s binding, the akedah, is one of the most challenging of the Bible and is often taken to mean God was testing Abraham’s faith with the ultimate demand. But one might also say that at the very dawn of the worship of the One God, the Bible was placing the sacrifice of children outside the realm of the thinkable for the first time.

The idea that civilization is dedicated to the protection and preservation the weak and the innocent, and not about fulfilling evil impulses to defile and destroy innocence, is the root and core of the West. One cannot conceive of anything more monstrous than a person or persons who could look small children in the eye and systematically shoot them dead. Which is why this crime, among the worst crimes in American history, is not just an assault on the children, or their families, or the town of Newtown—though it is all those things.

Podhoretz says that today’s shooting turned the killer into one who sacrifices to Moloch, thereby creating a Hell on earth and fundamentally violating a just people’s covenant with a just and loving God.  Incidents such as this one are jagged rips in the fabric of a stable and civilized universe. 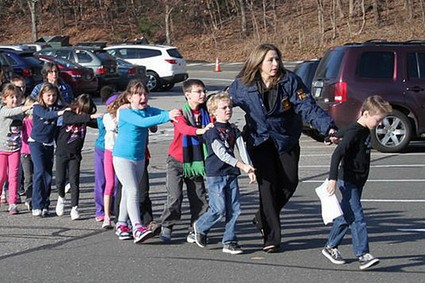 My deepest condolences go to the Newtown community.  Time will never remove the grief, but I hope that it softens it, enabling them to continue living the fulfilling lives their loved ones would have wished for them.

If you want, you can tune out now, because I’m about to go political.

You and I both know that, in the wake of this slaughter, the gun control crowd will begin agitating loudly and strongly for increased limitations on weapons.  This agitation is predicated on two false beliefs:  (1) that everyone with a gun is ipso facto a bad guy; and (2) that gun control will actually remove all the guns from all the bad guys.  In my liberal days, I used to believe this myself.  I foolishly thought that Washington, D.C. could wave a magic wand and make all guns disappear, thereby making all violence disappear.

In the past ten years, I have had a reality check.  First, I’ve realized that there is no government on earth powerful enough to get rid of all guns, and that’s true even if the anti-gun crowd as able to revoke the entire Second Amendment.  Guns from the moment of their invention, instantly escaped from Pandora’s box.  They are part of the world.

Second, I realized that the NRA was right:  If we accept, as we must, that the guns ye will always have with you, you also accept that laws controlling guns only control those guns in the hands of good people — meaning people who are not violently inclined, but who have guns for defensive purposes and for sport.  The good people, because they are good, will yield to the law and give up their self-defensive and sports guns.  Bad people, however, by definition will not obey the laws.  They will continue to have guns.  The rest of us will be fish in a barrel, nicely gathered together for the coming massacre.

The best way to think about guns is to accept that, in America, we thankfully still have vastly more good people than bad people.  Good people view guns as a means of self-defense and for sport (hunting or target shooting).  Bad believe view guns as a useful weapon to enable them to eliminate opponents, overwhelm victims, or play out their paranoid delusions.  The best way to keep the bad people from doing bad things is for them to be overwhelmed by good people who also have guns.

If several teachers at the Newtown school had owned concealed-carry weapons, there is a substantial likelihood that at least one of those teachers could have killed or disabled the shooter.  There’s no doubt that many people would still have died, but it’s much more likely that, with the shooter instantly in someone’s cross hairs, many more would have lived.  As it was, the shooter was able to go on a spree until the cops came and we all know that, when seconds count, even the best cops are minutes away. 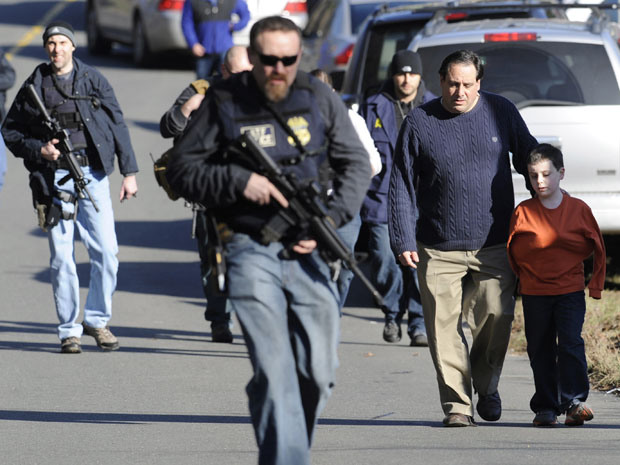 I know this sounds peculiar, but the best thing you can do now to prevent future tragedies such as that which occurred today in Connecticut is to send money to the NRA. If the Leftists leave us with a society that has only armed bad guys, we’ll all be potential Newtown, Connecticuts. Our salvation lies in making sure that there are more of us (armed good guys) than there are of them (armed bad guys) and the NRA is the way to make that happen.

UPDATE:  If you want to go deeper into the data, here’s a Harvard Law Review debunking the connection between gun control and crime reduction.  Or just look at the statistics coming out of incredibly violent, gun-controlled England.

Also for a more look at God’s ways and consolation, the Anchoress has posted.