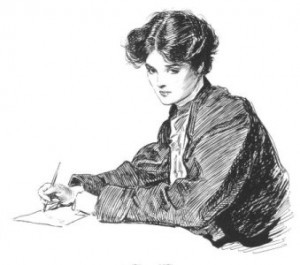 If there were a speed-blogging competition, my goal would be to win it with this round-up post. I’d meant to blog at length and at leisure today, but life caught up, including a glitch with the bank, which lost the signatures that would enable me to liquidate my mother’s trust. Aaargh! Now I have to go through probate. Aaargh! Aaargh!

Thomas Sowell agrees with me that Obama is a classic fascist.  “What President Obama has been pushing for, and moving toward, is more insidious: government control of the economy, while leaving ownership in private hands.”

Obama lied about every aspect of Obamacare.  No, really, he did.  Every one of the promises he made to public has proven false.

“How hard is it to understand that radical Islamist jihadis have declared war on the West? In simple English this means: they will find you and kill you wherever and whenever they can.”

Da Nile isn’t just a river in Egypt.  It’s also a state of mind in Europe, which refuses to acknowledge, despite the Islamists’ best efforts, that there’s a war going on.

England is a dhimmi nation that sold out its youth.  In Peter McLoughlin’s Easy Meat: Inside Britain’s Grooming Gang Scandal

, he tells precisely how Britain’s dhimmi-fied laws, which were directly intended to silence any criticism of Islam or Muslims, resulted in England officially turning her children over to Muslim pedophiles. Janet Levy reviews the book and it’s a horrifying tale of Britain’s attacks on girls and their families for attempting to get protection and redress.

Obama’s administration isn’t in denial; it just lies.  If you didn’t already read or hear about it, when the French President acknowledged the Islamic aspect of the terrorism ripping apart bits and pieces of Europe, the White House, in true Stalin fashion, erased those words from Hollande’s speech.

Islam and crime.  You’re not imagining that prisons are incubators for Islamism.  An expert says that violent prisoners are ripe for any type of extremist ideology.  My cousin, the former prisoner minister, understands that Islam is a particularly attractive belief system:

It is not a contradiction to be a Muslim and a murderer, even a mass murderer. That is one reason why criminals “convert” to Islam in prison. They don’t convert at all; they remain the angry judgmental vicious beings they always have been. They simply add “religious” diatribes to their personal invective. Islam does not inspire a crisis of conscience, just inspirations to outrage.

Andrew Klavan likes Ted Cruz.  Klavan lists Cruz’s objective accomplishments and abilities, likes what he sees, and struggles to understand how people can say Cruz — a lifelong constitutional conservative — is no different from Trump — a sort-of conservative as of last July.  I agree with Klavan, of course.

Obama and Trump — two ugly mirrors of American culture.  Even if you don’t agree with Lee Smith, he’s always interesting.  In a “plague on both your houses” article, he argues that Trump and Obama are the same person, with the same nasty pathologies.  Moreover, these pathologies reflect a toxin in America’s soul.

Defeating Trump.  Matthew Continetti explains that from here on out, there needs to be a full-court press to deny Trump votes so that the Republican party nomination goes past the first ballot.  As Trump has made manifestly clear in the last few days, he’s not ready for primetime, he has a terrible temperament, he’s boorish, and he’s staggeringly ill-informed about everything from the economy, to national security, to a true pro-Life attitude.  As for multiple ballots after a first vote (assuming Trump cannot achieve a majority), it’s an old and honored tradition that got Lincoln in the White House.  If you’d like to help Cruz, you can volunteer here.  I think I’ll be manning the phones next week.

Too many racists in Trump’s train.  I’ve blogged about the fact that it’s grossly unfair to classify all Trump supporters as racists.  Nevertheless, we shouldn’t ignore that Trump has too many racists among his supporters.

Bernie “breadlines are good” Sanders.  Yes, Bernie actually praised breadlines.  Even Slate has realized that the man is a moron.  Trump is no better, with his protectionism.  Free markets generate wealth, encourage amicable relationships between nations, and see more people fed than any state run or state limited market ever has or ever could.  Milton Friedman explains:

Leftists lie about minimum wage.  The only people who benefit from minimum wage restrictions are unions.  As for everyone else, even Jerry Brown admits they’re going to slide economically, but he’s making some sort of moral statement by handing unions more jobs and screwing everyone else.

Potemkin crowds.  Potemkin villages meet astroturf crowds.  This is a very disturbing form of manipulation.  It’s consistent with the disgraceful push polls that political “consultants” do in order to destroy a political opponent.

Kudos to Roseanne Barr!  I’ve never denied Roseanne Barr’s talent, but I’ve disliked her strident Leftism.  Roseanne Barr, however, recently did something few are able to do:  she looked at her value system, realized it was wrong, and changed.  Color me incredibly impressed with her insight that the Left is anti-semitic, and her immediate decision to act on that new knowledge.

Who are the real colonizers in the Middle East?  History doesn’t lie — so Daniel Greenfield reminds us again that the land of Israel has been Jewish land for thousands of years, with the Arabs as violent, destructive, greedy colonizers.  Throw that one around next time your Leftist friend starts making ugly noises about Israeli imperialism.  (And in a similar vein, Hezbollah fighters are getting disillusioned, as they realize they’re nothing more than paid mercenaries seeking wrongfully to colonize regions in which they have no business.)

There’s still hope for the next generation.  I know that April Fools has come and gone, but if you haven’t read this charming satire of campus craziness (from Stanford, no less), you’re missing a lot of laughter and a little hope.

We need religion.  I may not be a spiritual person, but I actually believe deeply in religion, especially the Judeo-Christian tradition, which I think is a touchstone for human justice, morality, and grace.  Dennis Prager thinks so too, only he says it better than I do.

You’re not imagining it:  If you shop at Trader Joe’s, you’re getting some good bargains.  I like Trader Joe’s for several reasons:  it’s convenient to my home; its foods have very few additives; the prices are great; my kids willingly eat the stuff I buy there; and Trader Joe’s doesn’t boycott Israel.

Want happy, mentally healthy kids?  Get married.  The marital commitment is stronger than just living together, and a stronger parental relationship makes for stronger children.

This is what mentally unstable kids grow up to be.  They grow up to be Huma Abedin — Muslim Brotherhood supporter and Hillary fan girl.  I’m half laughing, half retching at her description of the first time she met Hillary:  “Oh my God, she’s so beautiful and she’s so little!”  Oh, ick.  Speaking of Huma and Hillary, are we surprised about Hillary’s endless connections to antisemitic, anti-Zionist people?  No matter what she says, Hillary is no friend to the Jews.

When, exactly, did corporations stop selling products and start selling their Leftist view of morality? All I can say is that, if it weren’t for the fact that I never buy Honey Maid products to begin with, I’d be boycotting them now.