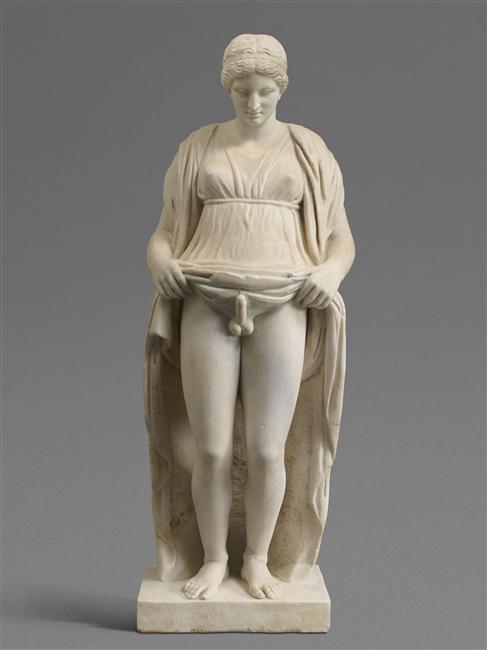 I finally got around to watching last week’s 60 Minutes, which had a segment devoted to Schuyler Bailar, a person who got admitted to Harvard as to swim on its women’s swim team, but who had breast removal surgery over the summer and presented at Harvard asking to swim on the men’s team. Harvard, reeking of political correctness (you can see oleaginous pride oozing off of the interviewed coaches), agreed, which infuriated me. Schuyler, as a woman, would have set breaststroke records deserving of a place on a highly competitive swim team. Schuyler, as a man, is a chubby, hip-heavy slow poke, who routinely comes in last.

Given that I loathe Harvard, why does this infuriate me? Shouldn’t I be cheering anything that lowers Harvard’s standing in the world?

Well, in theory, yes. In fact, though, I think it just stinks that, in the name of political correctness, some deserving young man with good grades and a fast breaststroke couldn’t get into Harvard (presuming, as I do, that such a man exists) because chubby little Schuyler got his place.  It seems to me that if Schuyler wants to play with the big boys, Schuyler should also have to play by big boy rules — one of which is, if you’re really slow, you’re not on the team.

As far as I’m concerned, Schulyer’s gender “bait and switch” is tantamount to committing fraud against Harvard, although Harvard is happily complicit in its own victimization. Thinking in terms of fraud, though, has legal ramifications.  If there is no reality anymore — in other words, if reality is shaped by our subjective desires rather than by any objective “facts” (and isn’t “facts” such a silly, old-fashioned word?) — we truly have entered a brave new world legally.

Once you start down that road, it’s a short stop to rethinking entirely the latest chapter in the Left’s despicable and un-American efforts to stifle free speech and association. I’m speaking, of course, of the lawsuit that 20 Democrat attorney generals have launched against ExxonMobile for “fraudulently” denying climate change. In the course of this litigation, the same attorney generals are attacking any conservative institutions that are speaking out against these Stasi tactics:

[U]nder the pretext of combatting fraud, these officials, clothed in immense power, have started what can only be termed a campaign of intimidation against businesses and organizations advocating a thoughtful, cautious approach to public policies dealing with man’s role in impacting the global climate.

Begun by New York Attorney General Eric Schneiderman, and followed-on by California AG Kamala Harris, this effort started by looking at the efforts of ExxonMobil in dealing with proposals that would have a tremendous impact on the energy sector in the United States. Among their concerns were the research and education organizations that ExxonMobil may have supported.

Schneiderman and Harris were soon joined by another eighteen attorneys general — and when this effort was questioned by CEI’s Hans Bader in January, CEI found itself to be the target!

Last week, Claude Walker, the AG for the U.S. Virgin Islands, subpoenaed the donor records for CEI — sending a clear signal to both CEI and its donors that such dissent simply will not be tolerated.

Let’s be clear here: Exxon has a fundamental right to support whatever non-profit organizations it wants to, and to do so privately. CEI has a right to accept donations from any U.S. Citizen or U.S. company it wants to. Both have the right to keep their donations private, a right that is protected under the First Amendment, and enshrined in the Supreme Court’s 1957 NAACP v. Alabama decision.

As it happens, after practicing law for almost three decades, I know a little bit about fraud: A fraud claim requires some semblance of objective fact as the standard by which to measure the defendant’s actionable deviation from those facts.  Thus, an essential element in any fraud claim is the existence of a “material fact” as to which the defendant lied.

What happens, though, in a world where the facts are whatever our emotional, navel-based self tells us they are? Lawyers will no longer be arguing whether a fact is “material.”  Instead, they’ll be working to get the judge or jury to accept their client’s entirely subjective, emotionally-driven worldview as the most compelling legal “fact” on which to base or defend against a claim.

With objective facts supplanted by subjective “reality,” what happened at Harvard perfectly illustrates how fraud claims will soon be meaningless:  Schuyler, once a female — but having surgically removed her female breasts, kept her vagina, refrained from constructing a semblance of a penis, taken steroids, gotten a short haircut, and started dating women — is now magically transformed into a male.  Moreover, every institution, business, and individual must accept as absolute truth Schuyler’s new, personal reality.  There is no material fact to which Harvard (or anyone else) can point to claim that Schuyler defrauded Harvard by obtaining admission as a female swimmer and now demanding a place on the men’s swimming team.

(It was very funny, incidentally, to hear from the Harvard men’s swimming coach that the guys on the team were “cool” with Schuyler in the locker room.  I bet they were.  A chunky little reverse-hermaphrodite, with no breasts, a soft stomach, a vagina, and without a penis, when seen in the men’s locker room is not threatening and is probably rather titillating.  Meanwhile, a large, well-muscled “hermaphrodite” with a fully functioning penis in a women’s locker room constitutes a distinct threat, and explains why, up until recently, most jurisdictions made it a criminal offense for a man other than a janitor to be found in a women’s bathroom — and the male janitor could be there only if there were no women present.)

Which gets me back to the Democrat AGs’ attack on free thought:  If ExxonMobile, and other similarly situated entities and people, feel that the earth’s climate is unaffected by human action, that should be the end of the story.  That’s their reality, and they’re entitled to it.  They shouldn’t even have to go to the effort of showing that all of the climate changistas’ predictions have proven wrong; that there hasn’t been global warming in almost twenty years; that the earth has had warming and cooling cycles for the duration of its existence; that warming invariably leads to more food production and advances in human development; or that the warming and cooling trends are tied more closely to sun cycles than to anything else, with the promise of global cooling and mass starvation on the horizon.

But of course, applying equal sauce to both goose and gander is not how the Left works.  The Left’s reality — e.g., that Schuyler is a boy because of surgery, hormone, and haircuts; that no harm can come from letting grown men into girl’s bathrooms; that whites can’t eat Mexican food, because it’s cultural appropriation, but that Hispanics (and everyone else) can freely speak the English language; and that university students are so emotionally delicate that the only relief they can find is to mercilessly abuse others — is the only reality.  Any other thoughts aren’t just unacceptable, they’re evil.  The Left is allowed to make up the world as it goes along; conservatives are not.  It’s 1984 playing out in real time.

Well, I say to Hell with that.  It’s time for conservatives to start getting very, very loud about reality — and, when challenged, to turn Alinsky and use the Left’s tactics against it.  That process started very well at Ohio State, when the president kicked protesters out of administration offices by saying the protesters were making employees feel unsafe.

Conservatives need to keep using that Alinsky tactic to their advantage.  Instead of pointing to objective fact or moral principles, conservatives need to talk about their feelings and their reality.  “If you’d come in on Monday, when I wasn’t feeling so heteronormative, I could have said yes to that cake request.  Today, though, I identify as someone who would feel unsafe preparing a cake for your wedding.  Pardon me while I put on my meditation music and spend a few minutes clutching my Cabbage Patch doll and working in my adult coloring book.”  (My old friend Sally Zelikovsky has more ideas on going on the offensive.)

I’ll finish by saying what I always say after one of these posts:  This is not meant as a personal attack against Schuyler.  I don’t envy anyone with such profound body dysmorphia, and if it makes Schuyler feel better to have body mutilating surgery, take dangerous hormones, and get a butch haircut, great!  In a free country premised upon the notions of “life, liberty, and the pursuit of happiness,” if this is what makes Schuyler and others similarly situated feel happy — well, go for it, guys and gals! If the new Schuyler is happier than the old one, that’s as things should be.

Further, because I’m a polite person, were I to meet Schuyler, I would accord “him” the respect of treating “him” as the biological male he wishes he were.  What I will not do, however, is pretend that Schuyler’s personal preferences alter actual objective reality, and I will not acquiesce to the Left’s demands that America become a police state requiring citizens to engage in stupid or even dangerous activities in order to lend an air of verisimilitude to the unconvincing narratives of people with malleable or missing identities.