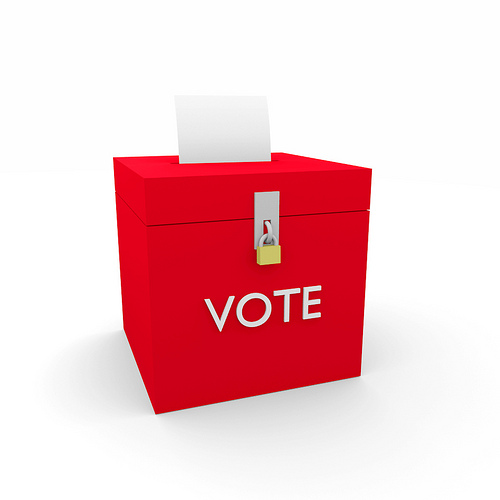 I have a hefty batch of links related to the election and the culture wars raging in America. I’ll try to write just enough to pique your interest so that you follow those links or watch the videos:

The reason the Left opposes photo ID for voting. James O’Keefe, who is Andrew Breitbart’s true heir, has a horrifying video showing a surprisingly honest, indeed decent, New York Democratic election commissioner bemoaning the terrible corruption that plagues New York voting, speaking of van loads of people being driven from precinct to precinct on election day to cast multiple votes, and admitting that it’s pure politics that blocks the reasonable use of voter IDs.

Hillary treats people like dirt.  Hillary put on her saintly face during the second debate to talk about treating people well. One of the Deplorables has taken issue with Hillary’s pious, and hypocritical, stance. She reminds Hillary of the reprehensible way Hillary treated our troops way back in 2003 — because their hard work savings lives left them dirty.

The Left constantly manufactures crises. Dennis Prager takes the occasion of Trump’s decade-old crude postings to point out that this is yet another in the Left’s endless series of crises that only it can fix through its leadership, its laws, its taxes, its regulations, and its censorship. This type of headline hysteria, especially before a major election, allows the Left to sell falsehoods to Americans through the vehicle of emotion (and we all know how that works now thanks to Scott Adams’ tutelage).

GOP leadership has Stockholm Syndrome. Ace doesn’t use the phrase Stockholm Syndrome but, as he describes the way in which the GOP has bought into all of the Left’s Social Justice Warrior tropes, it’s hard to think of a better description. Republicans are trapped in Washington, D.C., and if they want to survive, they have to adopt their captors’ mindset — something incomprehensible to those Americans still managing to live relatively free, ordinary lives in an increasingly Orwellian America.

Trump is an amateur compared to the Clintons and their Democrat cohorts. I’m seeing Lefty posters going around on Facebook that talk about the fact that Hillary shouldn’t be held responsible for her husband’s actions (rape, assault, regular and workplace harassment) — which would be fine if Hillary hadn’t come out swinging on Bill’s behalf, lying hard and destroying any women between her and ultimate power.

If you take the time, you can look up awful stories about Kennedy orgies (and the possibility that Bobby ordered a hit on Marilyn), Al Gore’s “sex-crazed poodle” attack on a masseuse, Teddy Kennedy’s cold-blooded murder (not the original car accident, but deliberately leaving Mary Jo to drown), LBJ’s filthy language and penile boasting, Anthony Weiner’s sex texts with teens, and on and on. Given that Democrat history, James T. Harris is not about to let dirty words be compared to dirty acts. (Plus, he makes a nice little point about the inherent racism of calling Bill — poor, Southern, sax-playing sex machine — the “first black president.”)

Oooh, Trump said a dirty word.  Bill Clinton made “oral sex” part of every American child’s lexicon. I know this because, when my oldest’s fifth-grade class was going to have a biology unit that focused on human reproduction, the school brought the facilitator to talk to worried parents. He told us that the most asked question in his 30-year career was “What is oral sex?” a question that arose in 1998.

The following video points out the epic hypocrisy on the Left about Trump’s language. (And you’ll note that, when the language didn’t seem to rile people enough, Anderson Cooper repeatedly accused Trump of sexual assault, although no woman has come forward claiming Trump acted on what seems to me to have been nothing more than juvenile boasting.)

What I forgot to mention in the post is a core distinction between Progressives and conservatives: the former believe in socialism, while the latter support the free market. A post at Watt’s Up With That reminds us that we don’t need to theorize which ideology has the better outcome: the two post-war Germanys provide the answer. (Hint: East Germany did not fare well.)

YouTube is censoring PragerU videos.  PragerU videos are one of the best conservative resources out there. They’re also temperate in tone and well-researched. So, of course, YouTube is blocking many of them. If you think that’s wrong, add your name to this petition.

Limits on the right to protest.  My friend, and fellow Watcher’s Council member, Mike McDaniel, made an extremely good point about the various athletes and musicians who are taking a knee at games. It’s a point I’ve tried to make over the years in posts about civil disobedience, which is there’s nothing very impressive about it when there are no consequences — and there should be consequences for people who violate privileged positions to make a point:

What is forgotten—and purposely withheld by our progressively-addled media operatives—is there is no such thing as a right to play the clarinet or the sax, or any other instrument in the ECU Marching Band. The professor in charge of that band, had he any sense or backbone, would remove those youngsters, freeing them to protest on behalf of violent thugs too stupid not to confront police officers with guns, as they please. That’s right, gentle readers, that professor may, if he chooses, tell his student musicians, barely out of teens youngsters whose positions in that band are granted by competitive audition, and who remain only as long as they maintain their skills at a sufficient high level, that there are to be no political/social protests. They are in that band for one primary purpose only: to perform. And when they perform, they do so professionally, meaning they play the music at the times and places proscribed and do nothing other than doing their best to play the music and hit their marks.

Many of these overlarge children are granted scholarships for playing in the band. Perhaps they need to learn that their employers always expect a certain level of decorum and professionalism and if they are unwilling to provide it, there may be severe economic consequences. Losing money does tend to quickly dry up one’s revolutionary fervor.

Mobs are scary.  I’m crowd claustrophobic. I will go to tightly controlled places such as Disneyland and when I travel I can’t avoid train stations or airports or even crowded museums. On the whole, though, I hate being in crowded places. In part, it’s because I truly am claustrophobic and don’t like being pressed on all sides. In significant part, though, I hate crowds because crowds are dangerous. If a crowd panics or gets angry, bad things always happen.

Glenn Reynolds took a lot of heat for advising someone to drive through a Charlotte mob that had taken over the road. The usual suspects accused Reynolds of murderous racism. He explained that he ineptly phrased an important piece of practical advice:  when you’re in your car, and the mob is coming, you don’t have to sit still and wait to be beaten or killed. And in Charlotte, the mob was coming.

Syrian refugees are not Jewish refugees — an important point that does not diminish the intensity of Syrian suffering. A friend points out that, notwithstanding the ethnic cleansing taking place in Syria, there is a difference between the Jews, whom Hitler planned to exterminate from the face of the earth, and other groups, including Syrian Sunni’s who are being violently purged from a single country.

What I just said is not intended to denigrate when is happen to Sunni’s in Syria. Thanks to Obama’s decision to placate Iran by disengaging entirely from the Middle East (except for heavy-handed pressure on Israel), Putin has opportunistically joined forces with Assad and the Iranian Mullahs to purge Sunni’s (who were the majority in Syria) to give Lebensraum to the Shias who, although they are the ruling party, were also a demographic minority.

Caroline Glick explains how Obama inaugurated a mass slaughter, a permanent demographic and cultural change in Europe, and the rise of Iran as a regional (and nuclear) hegemony. Looked at that way, both Hillary and Donald are insane because no sane person would want a leadership role in the world Obama leaves behind.

Peres and the Oslo Accord. You might have noticed that I didn’t say anything about Shimon Peres’ death. I felt that he was a good man and well-intentioned, but that the Oslo Accord was a phenomenally stupid thing to do — kind of like the Iran Agreement into which Obama entered. (Hillary will support it; Trump can legally walk away from it because it’s non-binding.) Efraim Karsh explains just how bad the Oslo Accord was an how it inevitably set the stage for Israel’s travails in the years since. Good intentions or not, Peres did a terrible thing to his country.

Israel and America.  A friend very politely asked me why we give Israel so much money when she has a thriving economy. My first thought, and this was the answer I gave him, was that we give other Middle East nations money, so there’s some parity. A little research, though, showed that Israel gets far and away more money. My second and third thoughts, which I did not communicate to my friend because the moment had passed, were (1) that it’s an act of decency to give help to a liberal democracy surrounded by genocidal enemies and (2) that, before Obama came along, Israel was recognized as a stalwart American ally in a dangerous and often hostile region (especially during the height of the Cold War).

There’s something else, though, that Israel does: It provides substantial military aid to America in the form of brain power. I can’t remember who told me, but it was somebody who knows, that Israel volunteered to take the disastrously dysfunctional F-35s and figure out a way to fix them. I bet it will too.

Anthropogenic climate change is a lie.  The data just isn’t there. It isn’t. It never will be. Not that the absence of honest data stops the Lefties, of course.

Do you have kidney stones? If yes, you might want to hustle on over to Disneyland or Disney World and take a few spins on Thunder Mountain.