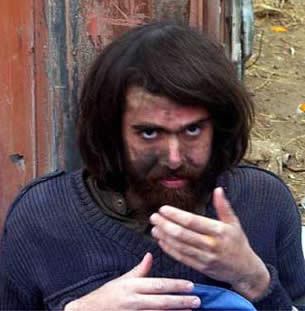 The Marin Independence Journal (as in Marin County, the uber-Leftist, hyper-affluent community north of San Francisco), reports on a talk that James Brosnahan gave to the Marin County Trial Lawyers Association. If Brosnahan’s name is familiar to you, it’s because he represented Marin’s homegrown Taliban, John Walker Lindh, who had a role in murdering CIA officer Johnny Spann in Afghanistan during the early days in that war.

Despite his close association with a man whom the CIA must revile, Brosnahan still has faith in the CIA. And where does his faith take him? To the belief that the CIA (and other US intelligence communities) will violate United States law by destroying a duly elected American president:

‘Trump’s not going to make it. He will not make it,” Brosnahan said. “This is America.

“Why is he not going to make it?” Brosnahan continued. “Because Joseph McCarthy didn’t make it. Trump has attacked everybody. You cannot attack the intelligence community, because they will get you. They are scary people. They do stuff.

Judging by the article from which I quoted, neither Brosnahan nor the assembled attorneys were disturbed at the thought that America’s intelligence community would go rogue because Trump hurt their feelings.

Of course, the sad fact is that, in the interest of preserving their power and employment, there are members of the intelligence community who are going rogue and who will do what they can, absent actual facts, to feed innuendo and falsehoods to a media that is also hungry to take him down. While they were passive with a president who accused them of illegal torture, a man who dares to make the American administrative state smaller and more constitutional is someone who must be destroyed.

As I noted in an earlier post, Bryan Dean Wright, a former CIA employee and a Democrat is warning his former colleagues against using their extraordinary power to take actions inconsistent with a true and free democracy:

When you’re trained as a spy, you’re taught how to handle these kinds of situations. Upon learning the information, it gets tightly compartmented (restricted) and sent to the Department of Justice or Congress for investigation. If the evidence is found to be credible, the constitution makes clear what happens next: impeachment.

That’s how American democracy should work.

However, some of America’s spies are deciding that that’s not enough. For reasons of misguided righteousness or partisan hatred, they’ve taken it upon themselves to be judge, jury, and executioner. They have prosecuted their case in the court of public opinion, with likeminded media outlets such as CNN, The New York Times, and the Washington Post serving as court stenographers.

Elected by no one, responsible only to each other, these spies have determined that Trump is guilty of high crimes and misdemeanors.

While I hope and believe that most in the intelligence community will remember their responsibilities, and will look with a jaundiced eye on anything Brosnahan says, it’s early days yet and weird things are happening in America.

Brosnahan also believes that Progressives can use the 25th Amendment to take out Donald Trump. He appears unclear on the fact that (a) it won’t happen while the Republicans control Congress; and (b) his blowzy oratory and routine tweets notwithstanding, Trump’s conduct to date has been impeccably consistent with the rule of law and the constitution.

In that regard, Trump is a far cry from Obama, who had no use for the Constitution, who routinely ordered administrative agencies to ignore or blatantly violate the law, and who, faced with a passive Congress afraid of the “R” word (as in “racist”), authorized his agencies to legislate without regard for Congress’s constitutional prerogatives. (For more on the idiocy behind this 25th Amendment plot, you can see my thoughts here.)

Perhaps Brosnahan should get a pass because he’s aging (83) and clearly rendered stupid by either age or the toxin that’s been spreading among America’s Leftists since the election. On the other hand, given that I always found it distressing to litigate opposite attorneys from his firm, Morrison & Forester, because . . . well, least said, soonest mended, I don’t feel like giving him a pass at all. He’s a nasty old man who would willingly destroy America simply because he resents the fact that voters decided that unchecked Progressivism was a bad thing.

Brosnahan doesn’t deserve to be lauded; he deserves to be exposed and ridiculed. Consider this my contribution to that exposure and ridicule.