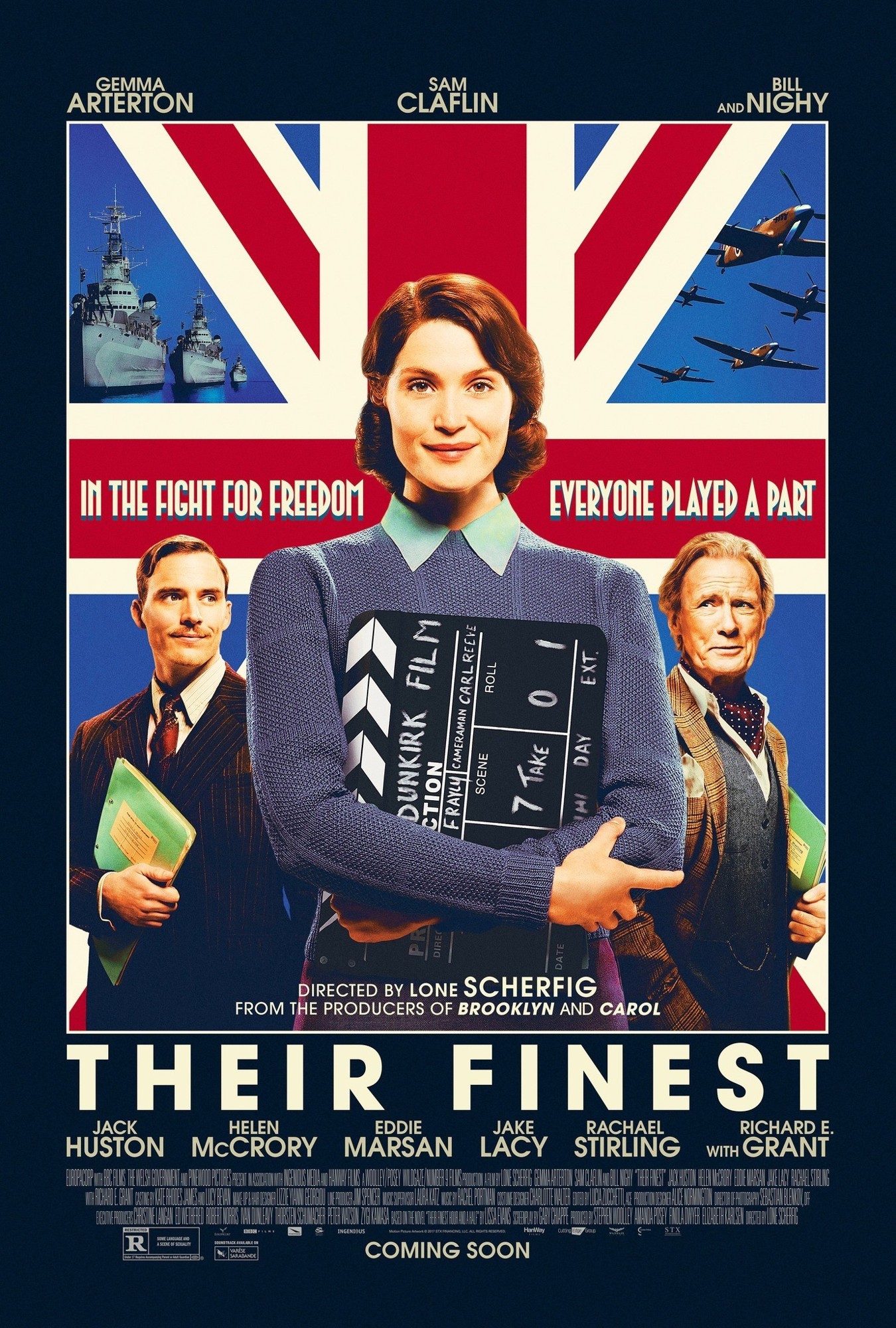 Our Closet Conservative Movie Critic explains how Their Finest just missed being a powerful, charming take on women’s role in England’s WWII propaganda.

I saw the trailer for Their Finest, and it was an engaging preview. It had all the markings for my kind of movie: History, Charm, Love, Humor, and all centered around the world of movie-making. Movies about “making movies” almost always strikes a chord with me. This movie has received almost exclusively positive reviews, and is going over well with the public. This all of course sets expectations way too high. With that kind of build-up, maybe it’s not surprising that I did not enjoy Their Finest.

All the humor, charm, and magic that was in the trailer was never transferred to the 2-hour feature version. It was slow, methodical, melancholy, and really lacked the big moments the trailer seemed to imply it was going to have.

The movie centers on three young lovers in London in 1940. Eight months after World War II began, England suffered a big blow in the retreat from Dunkirk. Morale is low, and the Germans are bombing London in their night raids. The protagonist, played by Gemma Arterton, is hired by the British Ministry to spice up their propaganda movies with her angle on female dialogue and perspective. There is a love story triangle that goes in ways the viewer might not expect, and there is a tragic loss that is more bizarre (if not ludicrous) than sad.

The opportunity for big emotional moments in which Gemma takes on the male dominated cinema and shows she can write more than “just” female dialogue is never fully realized. It just kind of evolves and happens, and there is no “way to go, girl!” moment.

Politically, the movie is free of GOP and America bashing. While you won’t be assaulted with Hollywood Liberal propaganda, you will be only mildly entertained with the Propaganda (and propaganda in a positive light) films that England produced in the early 1940’s to rally their citizens to the cause of defeating the Nazis.

So-so movie. My expectations were too high to enjoy it like I had hoped.