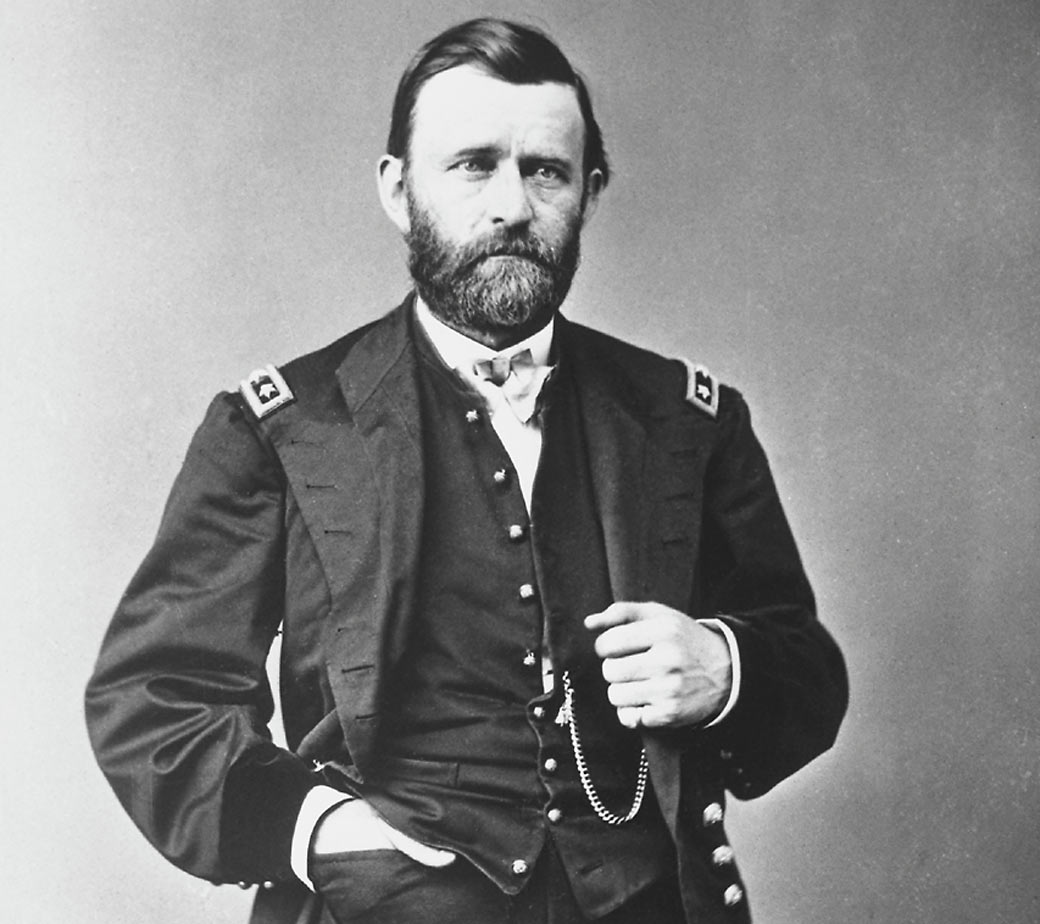 Fifty years of school histories have lied about Ulysses S. Grant, who was a gifted man and consequential president. Not being a career politician helped.

. As I only started the book this morning, and have been reading in tiny bits and bytes, I’m only 3% into the book. Grant is just out of West Point and the U.S. is hoping to acquire Texas — with the slave states looking to tip the Congressional balance of power in their favor.

Three percent of a book about a man who was a towering figure in the mid-19th century America isn’t much, but it’s been enough to tell me that everything I’ve ever learned in American history classes about Ulysses S. Grant is wrong. According to those classes, he was an intellectually weak, drunken, ineffectual, plodding man, who rose as a general by being a blood-thirsty butcher on the field of war, and he was an ignoramus once in politics.

Chernow has already informed me that Grant did have a binge-drinking problem, but he fought valiantly; that he was brilliant at math and military strategy; that he was an intelligent man; that he was highly principled and utterly reliable; that he was a middling (not failing) student at West Point; that he had a horror of blood and violence that led him to fighting war rigorously to end it swiftly; and that he was a consequential and effective president. Some of this Chernow has already proven in writing about Grant’s youth and young adulthood; other parts Chernow promises in his introduction that he will prove in the book and I believe him.

The mismatch between my education about Grant and the reality has led me to two thoughts.

Thought Number One is to wonder whether Grant has been so maligned in history because he was a Republican. I’ve learned in the past few years that, barring Lincoln, whose Republicanism is glossed over when possible, Republican presidents do not fair well in the history books. Even when Democrats / Progressives / Leftists don’t win the political wars, they still write the histories.

Thought Number Two is to note that some of America’s most successful presidents were not raised up in politics but were, instead, highly successful in things other than politics when they finally made their bows in the White House. Washington, Adams, Jefferson, Madison, Grant, Eisenhower, and Reagan were all consequential presidents and they all earned their stripes in the real world before entering politics. Lincoln and Coolidge too had long legal careers before politics. Teddy Roosevelt was a military man and an adventurer first and a politician second for many years of his life. With the exception of Roosevelt, these men believed in individual liberty first and government second — and even Roosevelt was too much of an individualist ever to turn his well-meaning Progressivism into actual socialism. (More on Roosevelt’s Progressivism at the end of this post.)

These men are a far cry from those Leftist presidents who spent their entire lives in politics. In that category, Franklin Roosevelt, Truman, Kennedy, Johnson, Clinton, and Obama are the ones who spring to mind. Each of them believed that government was the answer. Wilson spent his early years in academia, but that must be counted the same as growing up in government. Carter . . . well, I don’t know how to account for Jimmy Carter. Maybe you do.

Looking at things in this way, with a president’s worth measured by his years outside of, not inside of, politics, the fact that Hillary was greeted as the “most qualified candidate ever” due to her lifelong career in and near in politics is just one more reason to be grateful that Trump won. Trump has had to deal with politics all his working life, so he knows precisely how the sausage is made, but he’s not a politician.

I said above I’d discuss Roosevelt’s progressivism, which was not like Wilson’s progressivism. The latter was a true fascist socialist with racist, eugenic leanings; the former was a muscular Christian. Early American progressivism often called itself “socialist,” but that’s not quite what many of them meant (although they all liked eugenics).

I was feeling a bit down and lazy the other day, so I re-read a perennial favorite of mine: Jean Webster’s Daddy-Long-Legs, published in 1912. In my estimation, the book is one of the most charming epistolary novels ever written. The plot is simple: an anonymous trustee for an orphanage provides a full scholarship for Judy Abbott, an 18-year-old girl, to go to a four-year-college (modeled on Vassar, which Webster attended). The only requirement imposed on Judy is that she must write monthly letter to the anonymous trustee. Judy’s letters, in which she tells all about her experiences during the four years, make up the book.

Along the way, Judy makes two friends, one from the Massachusetts middle class and one from the New York upper class. The former has a brother and the latter has an uncle. These two form the potential love interests in Judy’s life. The uncle is viewed as a bit of a reprobate in his society family because, although he is vastly wealthy, he is a “socialist.” Judy, after talking with him, decides she is a socialist too.

What’s so fascinating is that this socialism has nothing to do with actual socialism. It isn’t about big government programs and workers of the world uniting. It is, instead, about rich, well-educated people using their time and money to serve and (mostly) uplift the poor. It’s a vision of a society in which hard work is rewarded, charity is a virtue, and being born poor is not a life sentence. Also, as the sequel, Dear Enemy, reveals, it’s about making the world a better place by using forced sterilization to stop people who are mentally unfit or have chronic alcohol problems from having children. It’s muscular Christianity with Darwinian theory woven through.