A lost wolf is a wherewolf 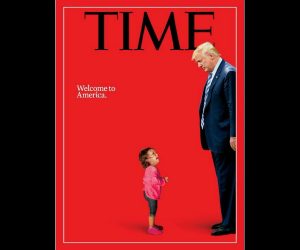 Time magazine publishes a BS photo of a young girl supposedly being separated from her mother at the border.  Now comes the minor correction.

On Friday, Time published a correction saying: “The original version of this story misstated what happened to the girl in the photo after she (was) taken from the scene. The girl was not carried away screaming by U.S. Border Patrol agents; her mother picked her up and the two were taken away together.”

In Honduras, Denis Valera said on Thursday that his daughter and her mother, Sandra Sanchez, were detained together in McAllen, where Sanchez has applied for asylum, and they were not separated.

The photo of a sweet little girl in a red shirt and curly hair crying her eyes out went viral. Hearts broke all over the world and the rage against President Trump regarding his oh so heinous policies of detaining illegal immigrants ramped up to eleventy billion with a truckload of jackassery thrown in. Only one problem. That little girl was standing RIGHT NEXT TO HER MOTHER.

Shameless Proggies – Michelle Obama criticizes Trump for the heartlessness of following the policy her husband followed for eight years.

This from the Daily Caller:

Mexican presidential candidate Andrés Manuel López Obrador (AMLO) called for mass immigration to the United States during a speech Tuesday declaring it a “human right” for all North Americans.

He then declared it as “a human right we will defend,” eluniversal.com reports.

While the election is not until July 1, Obrador is by far the frontrunner. . . .

That certainly sounds like a declaration of war to me.  Mexico and all of Central and South America seems to want to use the U.S. as their own social safety net.  I’d start with a 100% tax on all remittances to Mexico or anywhere else south of our border other than by businesses approved by Congress.

Anti-Fascism . . . Surprisingly, It Looks A Lot Like Fascism To Me

Protesters descend on Sec. of Homeland Security’s home, a few days after driving her from a Mexican restaurant.

The progressive left is living in a fantasy land where they can simply kill off anyone who disagrees with them.  The problem with such fantasies is somebody will act on them, creating a very bad day for everyone, but for proggies in particular.  They are moving in that direction step by step.  This from Politico:

When Matt Mowers moved to Washington in November 2016, he wasn’t expecting a hero’s welcome. The young political operative had worked for Donald Trump’s campaign in New York, where you can hardly walk down the block in many neighborhoods without spying the words “Fuck Trump” scrawled somewhere on the streetscape.

But last year, his new neighbors in Dupont Circle, the upscale area known for its stately townhouses and history as a hub of gay life in the District, pulled some moves that surprised even Mowers, by then chief of staff at the State Department’s global AIDS office. In the run-up to Mowers’ first Halloween here, one of his neighbors strung up a skeleton and a pumpkin next to each other on a tree. The pumpkin had a sign: “Now kids, just because you’re orange doesn’t mean you’re related to him!” With the dangling skeleton was a more menacing note: “Donald Trump’s EPA director.”

There’s always tension when administrations change in Washington; a new cast of characters arrives, and an influx of appointees, lobbyists and hangers-on have to stake out their own ground. But the era of Donald Trump is—as in so many respects—different.

Yep . . . no kidding Politico.  Well, it is a well trod path for the left, one that they have followed since 1789 when victory at a ballot box is unavailable or has failed.  An excellent essay here on the continuing viability of Marxism and a reminder of its costs.

And one other thing about the fascists.  When all pigs are equal, it is inevitably the government pigs who are more equal than others.  Bernie Sanders, take a bow.

The ACLU was always a communist organization.  For awhile, they tried to hide their roots by taking cases that were not clearly weighted towards progressive values.  But they have tossed aside that mask now and fully returned to their roots.

Corrupt Practices at the FBI

A very good read from Sarah Carter on how the FBI conducted their political assassination of a loyal American, Michael Flynn.

Whatever good will the FBI had earned through years of work seemingly without partisan bias was burned to the ground the day FBI Director Comey and defacto pardoned our nation’s most infamous unindicted felon, Felonia Von Pantsuit (h/t Kurt Schlicter).  Until that is addressed, we still live in a nation of unequal justice, where proggies have their thumbs on the scales of justice.  Trump’s single greatest mistake to date was not addressing this issue on day one of his administration.

More on the obscenity that was the Hillary investigation from the Daily Caller..

And from the WSJ Today:  Mueller’s Fruit of the Poisonous Tree:  It makes no difference how honorable he is.  His investigation is tainted by the bias that attended its origin in 2016.  Says Glenn Reyonolds, “It seems pretty clear that this is a case of investigating a man in the hopes of finding a crime, rather than investigating a crime and hoping to find the man behind it.”  Yes.  This could well be the straw that breaks the camel’s back of our nation, if Hillary and the entire Obama administration skates over email gate and their own campaign finance law violations, yet Mueller recommends Trump be prosecuted on grounds of obstructing justice or a far less extreme violation of campaign finance law.

Cynthia Nixon’s pride in her son/daughter Sam(antha).  I think she’d be perfect for Gov. of NY myself.

In the 18th century, ships would transport Madeira wine to the American colonies in charred oak barrels.  The winemakers found that their wine aged differently on the ship, likely a combination of being kept in very warm holds and being constantly agitated by the motion of the ship.  They began trying to emulate that reality in their aging process.  That old truth of yesteryear has apparently been recently rediscovered after an experiment, this time involving bourbon.

A look at Romans 13, in context and in history. 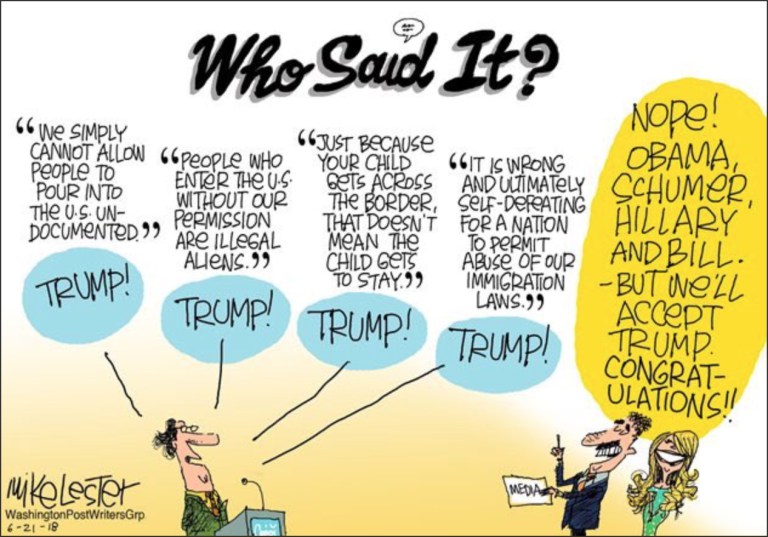