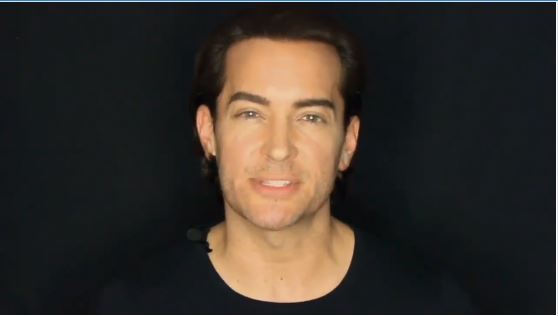 Is the #WalkAway movement the tipping point that will destroy the Democrat Party or is it as ephemeral a movement as 2009’s Iranian Green Revolution?

Have you heard about the #WalkAway movement? It all started on May 26, when Brendan Straka, a gay hairdresser, posted his personal Declaration of Independence on Facebook.

In case you haven’t already seen it, this is the video that started it all:

Since then, thanks in part to a push from James Woods on Twitter, Straka’s video has gone viral. Straka says what so many former Democrats (myself included) have said, which is that the Democrat party no longer reflects our values. Our parents’ Democrat Party (the one that wasn’t part of the Jim Crow South but was the party of FDR and JFK), might have been a Big Government party, but it believed in a few core things:

I saw where the party was going in the late 1990s and jumped ship three years after 9/11 when I could no longer deny that Democrats embraced Islamic extremism paired with growing antisemitism, rooted for America to lose her wars (which I still think we could have won had (a) we fought to win and (b) Obama hadn’t “walked away”), and went completely crazy with identity politics, a death-cult approach to abortion, racial obsessions, and sexual insanity.

The thing is, though, that my personal #WalkAway is a nothing, because I am neither the right person to be a standard-bearer, nor was I at the right time for my Road to Damascus moment to make a difference.

I was not the right person because I am a middle class, middle-aged Jewish woman living in a nice suburb who, owing to social pressures on my children, made the decision to keep her identity anonymous.

I was not at the right time because America hadn’t yet experienced:

Nor had Americans seen the beneficial effects of Trump’s keeping his campaign promises:

What makes Brendan Straka especially outstanding is that he is a member of the modern Democrat identity politics constituency: he’s a gay man. It helps too that he’s an attractive man who speaks with precision and fervor.

The question I pose is in this post is whether Straka is the straw that will break the Democrat Party’s back or if he’s a ripple that, once it passes, will leave no sign that it ever existed. That’s why I reference both the fall of the Berlin Wall and the Iranian Green Revolution in my post title.

For 72.5 years, the Soviet Bloc looked impregnable, and that was despite the pressure from the Refusniks in the USSR and the Solidarity movement in Poland. Even when Ronald Reagan, Pope John Paul II, and Maggie Thatcher decided together that it was time for the Evil Empire to be regarded as something that could be defeated, rather than something as inevitable as Death and Taxes, the various western foreign policy establishments were certain that the Soviet’s were strong politically, socially, and economically and, therefore, could last indefinitely.

And then this happened:

Boom! Within less time than anyone could ever have imagined, the Soviet Bloc was dead and gone (although its pernicious influence remained in American academia with toxic results today). No one saw it coming, although it seemed inevitable when viewed with 20/20 hindsight.

The Iranian Green Revolution in 2009 shows the opposite pattern. At the time, it seemed like such a powerful moment, with hundreds of thousands of brave Iranians taking to the streets. But President Obama refused to give those Revolutionaries the moral support they needed (anxious that he, not the Iranian people, would bring about change), the Mullahs savagely attacked their own people, and that hopeful moment died away. The same was true with the Tienanmen Square moment.

Current events in Iran are promising, as rising inflation and uncontrolled government corruption pushes Iranians back into the streets, but it’s still unclear whether Mullah savagery or the People’s desire for freedom will win. China too is poised on a tipping point. It’s managed for a while to prop up a pseudo-free market that has enriched China, but politically it’s as oppressive as ever.

My point is that we are often cued up for revolutionary moments but that it’s never clear at the time which will go forward and which will fizzle out. I’m sure that you, my readers, can compile quite a list of historic tipping points that either tipped or managed to right themselves before tipping. After all, in this, the 100th anniversary year of the end of WWI, it’s worth remembering that the war that paved the way for every horror of the 20th century started when a seemingly insignificant Archduke was assassinated in Sarajevo. No one saw that isolated event ending in trenches with tens of millions dead, end with the wartime spread of the deadly Spanish Influenza.

Today, though, I’m an optimist and I’ll tell you why: This is a revolution from within the Democrat party and, unlike the Mullahs, Democrat party leadership has no big guns.

The Democrats’ power has always been one of moral suasion (not that I find their positions particularly moral). Being told “Do as we say and you will be a good person” is an enormously powerful message — if you think the people giving that message are good. Once you view them as evil, though, or at least as not good, all their power is gone. I am reminded of Alice’s insight in Wonderland:

`Off with her head!’ the Queen shouted at the top of her voice. Nobody moved.

`Who cares for you?’ said Alice, (she had grown to her full size by this time.) `You’re nothing but a pack of cards!’

With this realization, Wonderland’s spell over Alice ended:

At this the whole pack rose up into the air, and came flying down upon her: she gave a little scream, half of fright and half of anger, and tried to beat them off, and found herself lying on the bank, with her head in the lap of her sister, who was gently brushing away some dead leaves that had fluttered down from the trees upon her face.

I’m also optimistic because, once people realize their ideological edifice is rotten and their priests are false, their minds can open to a whole new world of ideas, facts, and ideological possibilities.

In the 1990s, I realized that NPR hated Israel and lied about it, which caused me to view all of its stories with suspicion. Unbeknownst to me at the time, that was the beginning of the end of my affiliation with Democrat politics which, previously, had guided my entire life.

After 9/11, I realized that a surprisingly large sector of Americans in the Democrat party openly or covertly supported Al Qaeda or, at least, its anti-American animus, an insight that caused me to view Democrats with suspicion.

In 2004, I realized that Democrats, who once staunchly supported Israel, were being overtaken by antisemites who aggressively allied themselves by people who are murderously homophobic, misogynistic, antisemitic, anti-Christian, anti-Hindu, anti-Buddhist, and racist.

With Terri Schaivo’s death, I realized the Big Lie behind socialized medicine. I first heard that lie in an interview with a Dutch physician shortly after Holland authorized legal euthanasia. He said that it was safe to have legal euthanasia as the law in Holland, because socialized medicine meant that families wouldn’t feel financial pressure to kill sick, costly relatives. When the Schiavo affair, even as the news was filled with stories about the battle Schaivo’s parents were fighting to keep her alive at all costs, the news was also regularly filled with stories about healthcare rationing in countries with social medicine, thanks to the fact that hard-working Americans was no longer flooding their economies with Cold War cash. What an insight to realize that the state will never love you. You are a cog; a widget. Families love; states use people as power units. Once their utility is done, the state is done with them.

And so it went, with me realizing bit by bit that the Party of my childhood and pre-middle-aged adulthood had changed beyond recognition. I could never turn back again. I could only move forward, embracing an ideology that depends on individuals and individual liberty, rather than bureaucrats and government control.

I’d like to think that the same will happen to the #WalkAway generation that happened to me. Not only will these people turn their back on the extremes to which the Democrat Party has gone, but they will begin to see the wisdom of Constitutional values, the free market, and individual liberty.

I’ll end this post with a selection of #WalkAway tweets and videos. It feels good, even inspirational, reading and watching them and should strike complete horror in the hearts of Progressive Democrats everywhere:

One of the worst parts of my decision to #walkaway was my close friends and family becoming aggressive and saying some of the nastiest, vitriolic things in the name of defending their beliefs.

2300 tweets per hour at 10:00 PM EDT (9:00 PM CDT) this is why radical ⁦@TheDemocrats⁩ are coming unglued. As people wake up and understand the absolutely destructive nature of #Marxism they #WalkAway in droves. Read the tweets, you will see. pic.twitter.com/icDMJg7M02

Another democrat choosing to #WalkAway & vote Republican! These people believe in our party & @realDonaldTrump! They are fed up with the Democratic Party & say it doesn’t represent them! We’re happy to have them! #LeadRight #KeepPARed #TeamPA pic.twitter.com/Apu2ito5d5

I walked away almost two decades ago! “WELCOME EVERYONE”! It took a while but better late than never! Come on in the waters fine😎 #WalkAway #WalkAwayCampaign #WalkAwayMovement #THINKBIG pic.twitter.com/Sv7rvSB3zs

Slavery happened, it’s 2018 I’ve never met a slave never talked to slave. Time to move on. It’s the 21st century black folk only person holding you back is you. Stop letting these race hustlers keep you angry #walkaway

I was a big liberal Democrat. 2016 election was the turning point. I’ve seen so much hypocrisy in the Democratic Party that I’m now a conservative Republican and voted for Trump. I’m proud of it. #WalkAway

Many of you might not believe this but I was pro Bernie. I then started to do more research, and in the groups I was in at uni. I started to hear a lot of aggressively radical and ignorant talks along with a lot of “righteous” self hateI moved away from it. I grew up #walkaway

I realized I needed to #WalkAway after Obama did his first term and changed absolutely nothing positive for this country.

@#WalkAway I am a Black American woman. It ain’t popular for my group. But there is a God! My eyes were opened by then, candidate Dr. Ben Carson. I realized all these years I had voted AGAINST MYSELF, my own values and godly principles. proud of Brandon Straka. #FIGHTBACKVOTE2018

Having been raised by liberals, on & off on welfare as a child, I walked away yrs. ago when I got tired of the Dems thinking I’d be fulfilled living in govt housing & realized the only way I was going 2 succeed in life was by working hard 2 get out of that situation.#WalkAway