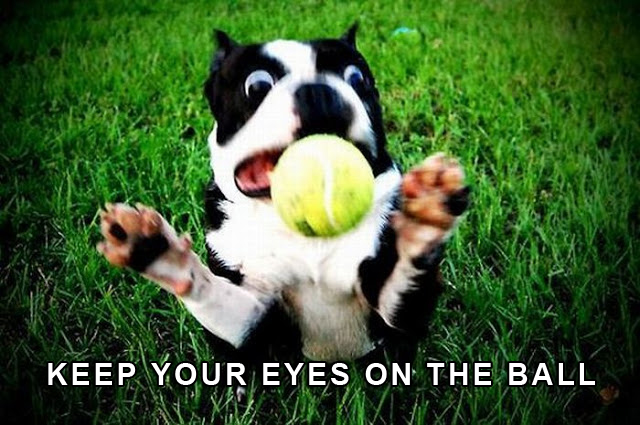 Leftists have a habit of distracting conservatives with irrelevant arguments that obscure the fact that, on the important issues, conservatives should win.

It’s happened to all of us. We approach someone with a legitimate grievance — say, for example, reminding someone that he promised not to drink directly from the milk cartoon anymore — and suddenly we find ourselves arguing about whether human mouths or dogs mouths have more bacteria. The latter debate becomes all-encompassing and effectively distracts from the fact that the other person broke a promise not to do something that spreads bacteria, whether from a human or a dog mouth. Too often, we conservatives find ourselves suckered into the same type of meaningless, vaguely related arguments, without realizing that we hold the high ground on the main issue.

Take for example the endless debate about whether illegal aliens are more likely to commit crimes than legal aliens or actual citizens. It’s a very hot debate now, with data from various states pouring in to prove things one way or another. John Lott is at the center of a battle over which numbers to use. (I side with Lott, who follows the numbers where they lead, whether then doing the Leftist thing of leading the numbers where he wants them to go.)

But whether I side with John Lott is irrelevant, because we’re all missing the fundamental point: Illegal aliens are not supposed to be here. Every single crime they commit is one crime too many.

We all know that there is going to be a criminal element within any society, but we accept it because it comes from within the society. But illegal aliens were never meant to be here. If life were a Star Trek episode, their presence is messing with the time-space continuum. So the only acceptable number for crimes committed by illegal aliens is zero. Kick ’em out and keep ’em out and the time-space-crime continuum returns to normal.

Another example of this argument about things that don’t matter is the whole push, whether from Bob “the Gossip” Woodward or the whiny, cowardly Anonymous, to claim that Trump runs a chaotic White House and is rude to his employees, making him unfit to be president. Therefore we have a battle about what constitutes good management style or whether Trump is a nice boss.

Again, I say “so what?” I don’t care if Trump thrives in chaos, yells at people, or even spends his days watching the Gorilla Channel. (Joke, people. Joke.) The only thing that matters — and the only thing we should be paying attention to as we go into November and decide whether to give him a Congress that will work with him versus one trying to destroy him — is the results flowing from that White House.

According to the media, No-Drama Obama ran a White House that was a sea of tranquility and graciousness. Okay. Fine. I’ll accept that narrative. But what came out of that White House?

I know I’ve forgotten things, but the above is a start — and all of that came out of the No Drama Obama White House.

And what’s been coming out of the chaotic, Gorilla Channel Trump White House?

Again, I know I’m forgetting things, but that’s a huge laundry list of accomplishments from the Chaos Gorilla White House. If that’s what chaos looks like, give me more!

The argument over management style is a stupid, dead-end argument. The only thing that matters is results — and I like Trump’s results a lot more than I liked Obama’s.

With that in mind, if someone tries to engage you about Trump’s style, shrug, and then tell them you don’t care and they’re being ridiculous. Keep your eye on the ball. If you like what Trump is doing, forget everything else, and vote him a Congress that will work with him, not against him.

(In the same vein, while I think it’s manifestly clear that Obama’s economy sucked and that Trump reversed his policies and supercharged it, that’s also a pointless argument to have with Leftists. It’s enough for me to know that the economy is rocketing now, so that only a fool would mess with it — and Democrats have declared themselves to be fools by promising to mess with it.)

Another argument that hides real problems is the claim that cops kill black people in disproportionate numbers because all cops are racist. As it happens, the data shows that this argument is false. Again, though, the whole “cops are racist” argument is a blind alley that will lead people in and leave them lost forever.

The real problem isn’t racism, it’s incompetent police and a siege mentality (or an entitled mentality) that sees individual police and entire departments cover for bad officers and bad behavior. So often, when a story hits the headlines about a cop killing a black person (or any person), investigation reveals one of two things (1) it was a righteous act, because the person shot was trying to kill the cop or (2) the police officer was someone with a long history of personality and work-related issues. In the first case, God bless the police officer who saved his or her own life, as well as the lives of anyone else involved.

In the second case, well, a good recent example is the Justine Damond shooting. She was white; he was black. Race wasn’t relevant to the shooting, although it was to the hiring. What really mattered was that Mohammed Noor was unqualified from the get-go. He ought never to have been hired and it was almost inevitable that he would kill someone regardless of their color.

Shameful departmental behavior is also cropping up with the horrible shooting of Botham Jean. Amber Guyger, who shot Jean, is white and Jean was black. But what’s coming out isn’t that she was a racist. What’s coming out is that she was an incompetent, stupid drunk who stormed into a neighbor’s apartment and shot him in cold blood. Moreover, you won’t be surprised to learn that Guyger had shot someone before, even though most cops go their entire careers without shooting anybody. (I realize that once the evidence is fully developed, it may tell a different story, but that’s the information available now.)

Moreover, what’s even worse is that Guyger’s police department is trying to salvage her by saying that Jean had pot in his apartment, as if that had anything to do with the shooting. When cops play that “blame the victim” game, they bring themselves into disrepute, keeping alive the claim that they’re racist. The issue, though, is that cops like this aren’t racist people; they’re bad people. (I should add here that I understand that placing cops, even bad cops, in prison can be a death sentence for them. That doesn’t mean they shouldn’t be imprisoned for wrongful acts that would send any other citizen to prison. It simply means that we need to make sure they’re safe in prison while serving out a term they deserve. I don’t know how to do that, but I have faith that it can be done.)

If you want a deep, detailed insight into what bad cops look like — not racist cops, but bad, stupid, mean cops who kill people without thought and who will do anything to protect themselves and each other — I cannot recommend highly enough a book by Mike McDaniel and SENTINEL. The book, License to Kill: The Murder of Erik Scott

, tells the horrible story of evil, incompetent police in Las Vegas, one of whom essentially murdered in cold blood Erik Scott, a West Point Grad and decorated Army veteran, and was then saved by a department cover-up.

I am a huge supporter of our men and women in blue. It’s a hard job and a dangerous one. But it’s also a job that carries with it a great deal of power. When power corrupts, as it does sometimes, race isn’t the issue. Corrupt power is the issue. That’s what we need to be stomping out. When we keep crying “racism,” we tar good men and women with an entirely irrelevant brush, while ignoring the real problem. Keep your eyes on the ball, folks. Stay with what matters.

I don’t care if you don’t like Trump personally, whether because of his morals or his management style. And I don’t care if illegal aliens commit a few more or a few less crimes statistically than other people. And I don’t care whether cops are racist. What I care about are Trump’s results, the fact that any crime an illegal alien commits is one crime too many, and the fact that our focus on a minute number of racist cops keeps us from dealing with the infinitely more dangerous toxin of corrupt cops.