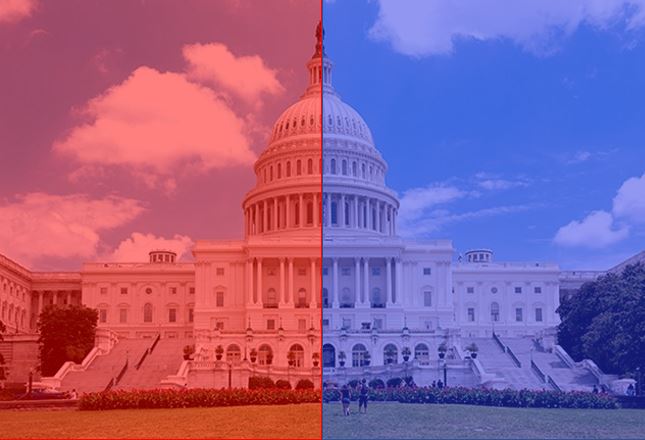 Trying to convince myself that, while a Democrat-majority House will be very, very bad, Trump will not abandon the American people and may still win 2020.

In no particular order, here are my thoughts on the morning after an election that saw Republicans gain strength in the Senate, while losing their majority in the House:

1. We kept the Senate, which matters when it comes to the judiciary (phew!) and Trump’s ability to get his people appointed.

2. Trump can continue to dismantled the regulatory state, which is huge.

4. The Democrats will use their hold on the House to escalate their open border policy, but I think (hope) Trump as the executive still has the stronger hand on this. I also hope (think) that the American people will not appreciate an open border, especially minorities who are always on the front line when it comes to illegal immigrants taking jobs and introducing new crime into a region.

5. What’s going to come out of the House in the upcoming years will be, literally, insane. Sarah Hoyt is very worried that Trump, who is committed to deal-making, will cave or, to use a Bill Clintonesque term from 1994, “triangulate”:

Trump is by nature a deal maker. After the first two government shut downs, he’ll meet them halfway. This will wreck our economy and yep his presidency with it. As they did with Bush in 2006, they now have a chance to wreck the economy and have it blamed on the sitting president.

Hoyt’s legitimately worried about a lot of other things. If you want the pessimist’s view of the next two years, be sure to read what she has to say.

He just doesn’t get it. These Democrats don’t care. Infrastructure?

All they care about is power. Lord Acton said power corrupts. Imagine now what happens when you give power to the already corrupted.

Surber also points to the fact that we’re not dealing with Tip O’Neil era Democrats who were, admittedly, corrupt and power-hungry, but they were neither communists nor were they insane. What we’ll have for the next two years is a big fraction of our government consisting of people like Adam Schiff, Maxine Waters, and Alexandria Occasional-Cortex. By the way, is it true that Schiff and Occasional-Cortex are never seen in the same place at the same time?

As any sentient being knows, and as both Surber and Hoyt agree, the next two years will be taken up with non-stop efforts to destroy Trump personally (Russia collusion will take center stage for another two years, with Mueller, Comey, Brennan, and Clapper finally in a congenial room), to elevate and protect the corrupt Deep State, to attack businesses that have not made obeisance to Leftist governance, to raise taxes, to open the border, and to de-fund the military.

But here’s the difference between Surber and Hoyt — Surber has more faith in Trump than Hoyt does:

The good news is President Trump knows this.

If the Democrats think they are going to waste Taxpayer Money investigating us at the House level, then we will likewise be forced to consider investigating them for all of the leaks of Classified Information, and much else, at the Senate level. Two can play that game!

If the Democrats think they are going to waste Taxpayer Money investigating us at the House level, then we will likewise be forced to consider investigating them for all of the leaks of Classified Information, and much else, at the Senate level. Two can play that game!

He did everything he could to keep the midterms from being a blue wave. He succeeded in expanding his party’s majority in the Senate.

Voters deposed four incumbent opposition party senators. In the last nine midterms 114 opposition incumbents ran and only four lost. You have to go back to FDR in 1934 to have a president do better.

Surber ends on a “this will get worse before it gets better” note, but he thinks Trump will stay on the side of Americans, rather than abandoning them.

I’m inclined to agree with Surber, not just because I’m trying to turn my eyes away from the worst possible outcome, but also because Trump is not Clinton. That’s kind of a “duh! obvious” statement, but I actually mean it in two very specific ways.

First, Trump is a Republican, not a Democrat. When Clinton pivoted to the center, the media continued to love him. Because Trump is a Republican, even if he pivots to the center, the media will continue to despite him and seek his total destruction. Trump, no dunce, knows this. In other words, there’s no political or social benefit to him to engage in deal-making with a completely radicalized Democrat Party.

Second, Clinton lived to be loved. Trump, on the other hand, lives for the fight. Sure, he loves to make deals, but he also understands that he is in a cage match to the death here. Yielding to the Left will not earn him their respect, whether we’re talking about Leftists in the media, Congress, academia, or the streets. They will continue to call him Hitler. The only thing that yielding to them will do is destroy his base on the right. The Americans who have so stalwartly supported Trump will see him as a turncoat, so much so that they might even primary him in 2020. Conservatives love Trump because he fights; if he stops fighting, he is a double loser, on both the Left and the right.

6. This election outcome really isn’t anomalous, although it’s stupid. Americans frequently turn on the White House party during mid-terms. At least conservatives didn’t lose Congress entirely and (referring to Item 1, above) if you’re only going to hold onto half of Congress, the Senate is more useful than the House.

7. I’m reminding myself not to feel stressed. The die is cast. All I can do now, from my powerless position at my computer, is watch events play out. My hope is that the Democrats repulse America with their unleashed insanity and that Trump continues to be a masterful strategist and persuader. If things go sour for all of America, I’ll have to deal with that outcome’s effect on me and my family. But I can’t let the stress take hold now, when nothing has happened yet and the show is just about to begin.

I’d hoped for a different outcome, but you play the hand given you. Sadly, if you’re me, unless you get a winning hand in the first instance, you pretty much lose, because you’re neither a strategist nor a tactician. I have more faith in Trump’s ability to play the hand he was dealt, though, and can only pray that he positions himself and a conservative Republican party for victory in 2020. If we lose then, especially if the hard-Left, hard-stupid Kamala Harris takes the White House and Democrats take Congress . . . well, that’s when I’ll have my nervous breakdown.

(By the way, a friend suggested that a true identity-politics Democrat ticket in 2020 would be the Native American/Hispanic ticket of Warren and Beto. Made me laugh.)