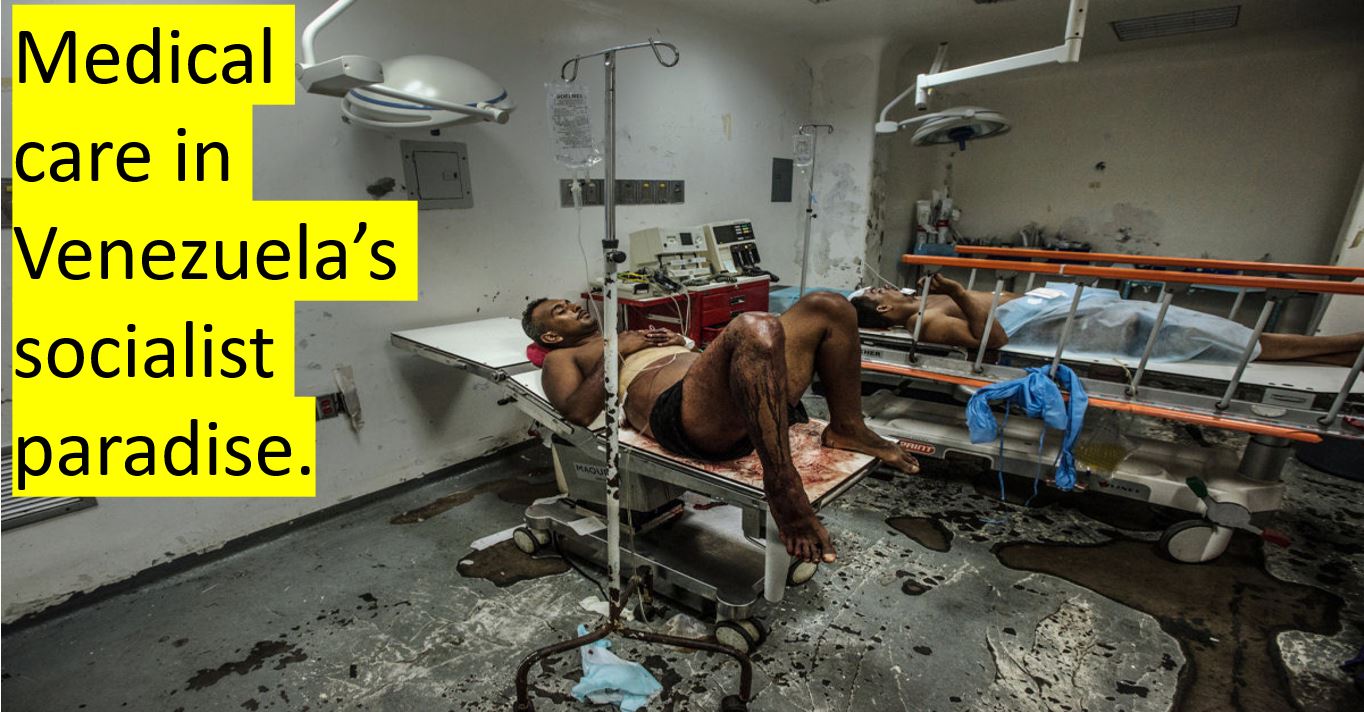 The collapse in Venezuela, rather than bringing enlightenment to America’s Leftists, instead sees them double-down on their delusions about socialism. This post is what Instapundit refers to as a “shot” and “chaser” scenario. Here’s the shot (hyperlinks omitted):

In Venezuela, there’s a new front — the equivalent of an EMP attack, an attack on all the people, based on the massive and unprecedented electrical blackout still covering the country.

The Washington Post’s thorough report on the matter is horrifying.

CARACAS, Venezuela — One of the severest power outages in Venezuelan history ravaged the country for a second day Friday, with hospital patients languishing in the dark, most supermarkets closed and phone service largely knocked out in the oil-rich but economically collapsing country.

Venezuela, which has been roiled by a political struggle between President Nicolás Maduro and opposition leader Juan Guaidó, has been hit by outages before. But the blackout that began Thursday evening is the longest and most widespread in recent memory, a sign of the rapid deterioration of the economy, which is expected to contract sharply in the next few weeks as U.S. sanctions on the oil industry begin to bite. Some analysts even worry that the country — once among the richest in South America — could face famine. “Denial ain’t just a river in Egypt.” To the Left, not only does Venezuela’s complete and horrifying collapse have nothing to do with socialism, somehow what’s really wrong is Trump.

What’s continuously impressive, in a bad and depressing way, is that Leftists do not see that, by concentrating all power in government, they are begging for absolute corruption. Nor can they understand that Trump — no matter his sometimes crude rhetoric — by divesting the government of power is the antithesis of corruption and dictatorship.