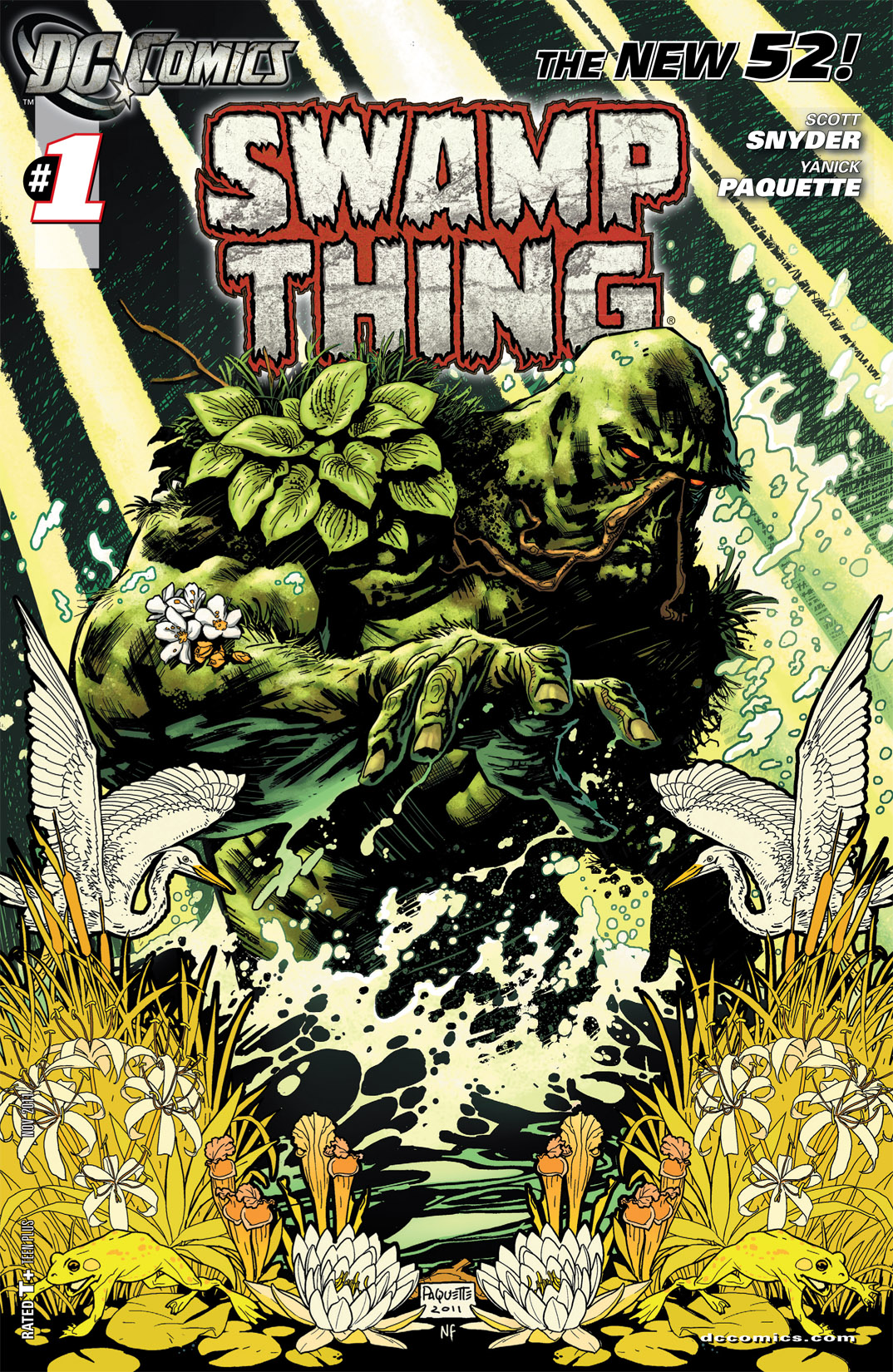 Hand-wringing about Trump’s personality and private life — when compared to most other recent Presidents — is akin to complaining that a leopard has spots.

Woodrow Wilson was a model of rectitude in his private life. He was also an ardent racist who segregated the federal civil service, showed the KKK-loving film Birth of a Nation in the White House because he thought it was accurate history, used the excuse of WWI to bring fascism to America, and refused to step down when incapacitated, so that his wife effectively became president of the United States. Bottom line: Awful man, awful president.

Franklin Roosevelt, despite his disabilities, was a fairly compulsive womanizer, a habit he kept up while in the White House. Many people also feel that his innate antisemitism helped enable the Holocaust.

Roosevelt’s bottom line: Awful man, effective president if you like the Leftward tilt he gave the country, and a good wartime leader.

Harry Truman was also a model of rectitude in his private life, but there’s no getting away from the fact that he came up politically through the completely corrupt Pendergast political machine that dominated Missouri. Maybe he kept his nose clean but the reality is that, when you play politics with the corrupt big boys….

John F. Kennedy was disgusting. He got into the White House because his father made a deal with the union bosses, whose last-minute get-out-the-vote effort (in a style only the union bosses know how to do), tipped the balance for him. In exchange, one of Kennedy’s first acts was an executive order unionizing federal employees. Even ardent Leftist Franklin Roosevelt didn’t do that, because he understood that the unions and the politicians would simply throw taxpayer money back and forth at each other, which is precisely what has happened since 1961. Without that dirty deal, it’s doubtful a Democrat would ever have won the White House again. After all, the biggest spenders in every election are always government unions and it’s always on behalf of Democrats.

Kennedy was also a gravely ill man (get it? gravely ill because he had Graves disease) and a drug addict, hopped up on steroids and amphetamines. There were also all the pain medications for his lifelong back problems, which were compounded by the back injury he sustained during the war.

Kennedy’s compulsive womanizing was sickening. We learned recently that deflowered a 19-year-old intern, passed her around to “service” his buddies at the White House, and when he thought she was pregnant, sent her to an abortionist even though that was illegal and Kennedy was a Catholic. We’ve also known for years that he potentially put himself under the control of the mafia thanks to his affair with Judith Exner.

His handling of the Bay of Pigs was a disaster.

Really — and ironically — the only thing that saved Kennedy’s presidency, or at least the reputation of his presidency, was his early demise. Let the Democrat myth-making begin. . . .

Kennedy’s bottom line: Awful man, with a presidency too short to grade.

Lyndon Baines Johnson was also a truly disgusting man. I love this intro from a 1998 Atlantic article about Johnson:

URINATING in a sink, inviting people into his bathroom, showing off his abdominal scar, exposing his private parts: after a while nothing surprises a biographer of Lyndon Baines Johnson. After fourteen years of research for a two-volume biography, of which the second volume, is forthcoming from Oxford University Press, I have, however, found some new evidence, in three areas, that even by Johnson standards is surprising.

That intro doesn’t even mention his sadistic delight in forcing people to do business with him while he was having his bowel movements. Or his racism, for while there may  have been actual principles behind his push behind the Civil Rights Act, he definitely envisioned chaining blacks to the Democrat Party. I remember my father’s revulsion about the fact that Johnson liked picking beagles up by the ears which my father, a man who didn’t even like dogs, thought was unspeakably cruel.

Regarding those “revelations” in the Atlantic article from which I quoted, above, most of them have to do with Johnson’s feelings about the Vietnam War and his political manipulations. Still, I found this bit telling:

Johnson had “an unfillable hole in his ego,” [Bill] Moyers says. Feelings of emptiness spurred him to eat, drink, and smoke to excess. Sexual conquests also helped to fill the void. He was a competitive womanizer. When people mentioned Kennedy’s many affairs, Johnson would bang the table and declare that he had more women by accident than Kennedy ever had on purpose.

Johnson’s bottom line: Awful man who worsened an awful war (it took Nixon to save that) and who proved to be an ineffective leader for a country besieged by overt and covert communist influences.

Nixon was another man who was faithful to his wife, but we all know about his paranoia and political dirty-dealing. Nevertheless, he was an extremely effective president before he left office.

Nixon’s bottom line: Deeply unpleasant man, yet a truly consequential president in terms of his policy initiatives, both good and bad.

Jimmy Carter, was a man of rectitude who eventually proved also to be a man who never met a dictator he didn’t like. Moreover, he was (and continues to be) such an ardent foe of Israel, the only liberal democracy in the Middle East, that one can only suppose antisemitism. It was Carter’s hatred for Israel that led my father, a Democrat, to vote for Reagan in 1980.

Carter’s bottom line: Decent man if you like smug, moralistic antisemites, and one of America’s worst presidents.

Speaking of that 1980 election, how about Teddy Kennedy, the venerable “lion of the Senate”? Manslaughter, alcoholism, compulsive womanizing, sexual assault, and colluding with Russia. There’s a peach of a man.

Reagan was a decent man while in office. Nevertheless, I recall that when Reagan ran for the presidency, many people were distressed by the fact that he was a divorced man entering the White House with his second wife. It’s worth noting that Trump, another divorced man in the White House, and someone who definitely played the field, has not given rise to any “cheating on Melania” stories since he was elected. (I also find unconvincing the hysteria about the whole “grab ’em” uproar.) Given the colonoscopy level of scrutiny to which Trump is being subjected, I suspect he, unlike many of the presidents in this list, has not used the White House as a cat house. As every romance writer will tell you, rakes can reform.

Reagan’s bottom line: Decent man despite a divorce that could still upset people in 1980 and one of the best presidents to ever occupy the White House — and that’s true despite problems, both of his own making and the making of others, that plagued him during those eight years.

Bill Clinton. Compulsive womanizer, probable rapist, possible pedophile (on Jeffrey Epstein’s Pedophile Island), and unbelievably politically corrupt, along with his even more corrupt wife. Do I need to say more?

Clinton’s bottom line: Utterly reprehensible human being, who had a successful presidency, although it planted a lot of time bombs, such as North Korea, the housing mortgage crisis, punting on rising Islamic terrorism, that bit us in the ass later.

Barack Obama. No matter what Biden says, Obama ran one of the most corrupt White Houses in American history, culminating with his using his administrative agencies to spy on Republican campaigns. (And yes, I’m certain he spied on all of them. It simply became focused on Trump when Trump won the primary.)

There were also the little things that ought to have distressed everyone during the Obama era, such as his inviting hate-filled, misogynist, antisemitic, anti-American rappers to the White House. There was the constant racial division that poured out of him (“If I had a son, he’d look like Trayvon.” “The police acted stupidly.” Etc.). There was his increasingly openly expressed hostility to Israel, something that paired well with the openly anti-Semitic people who’d been a part of his political life for decades. He is the political Godfather of Ilhan Omar and Rashida Tlaib. I could go on, but I think the next two years will do a good job of exposing just how bad Obama was.

Obama’s bottom line: It’s hard to say whether Obama has been a morally decent man personally. The press kept (and still tries to keep) such a tight lid on everything about him, before, during, and after the White House, that we really don’t know Obama the man. We do know that he’s a race baiter, an Israel hater, and a friend of antisemites, so to me that makes him an awful man. He was also an awful president, keeping the economy in chains, getting America into multiple wars, destroying our military, unleashing the malevolent Arab spring, turning on (admittedly unsavory characters) such as Mubarek and Qaddafi, pandering to Putin . . . the list is endless.

And now we’ve got candidate Joe Biden, a former Vice President and perennial senator, whom many of those who hate Trump are claiming represents the last gasp of “normalcy.” Speaking of “normalcy,” don’t forget that the phrase comes from Warren G. Harding, an adulterer and the man who had the most corrupt presidency right up until Obama appeared on the scene.

Let me count Joe’s sins: The obvious sins are that he’s a plagiarist, a liar, an unbelievably creepy man around woman and an even more creepy man around little girls, a racist (Obama is “clean”? Really?), a gaffe machine, and a man whose every political instinct for decades has been wrong. Cleverly, Biden hasn’t amassed great wealth despite a long career in politics (Harry Reid, anybody?) but as the developing Ukrainian and Chinese scandals show, that his merely a cover for his extreme corruption: He used his government power to enrich his son.

Joe also announced his run by claiming that foreign leaders are begging him to run. Does that sound good for America? It doesn’t for me. I’ve yet to see a foreign president who puts America’s interests first.

And most importantly, is all of the above “normal?” No. Joe is not normal. He’s weird, creepy, and dishonest. That’s the bottom line on Joe: Stupid and icky.

I’m trying to say something different, which is that, while the White House is certainly a bully pulpit, I don’t view it as an actual pulpit — because, since Washington, it never has been an actual pulpit. Moreover, the last guy I can think of who was both a model of rectitude and an extraordinarily successful president was Calvin Coolidge, who got elected 99 years ago.

To the extent Trump is a sinner and a liar and a bombastic man, the laundry list I made above shows that America has never needed, and has seldom had, men of stunning moral rectitude and character in the White House. Moreover, those men who have had the best character in recent years were nothing to write home about. Jimmy Carter was arguably that man and he stank as a human being and a president. The two Bushes were arguably those men and they too were mediocre presidents at best.