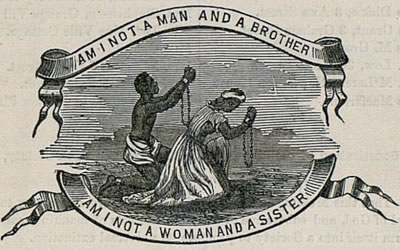 Advent Sunday – Today being the 4th Sunday before Christmas Day, it is Advent Sunday, the start of the Advent Season in the Catholic faith and several Protestant faiths.  There are various traditions associated with Advent, including an Advent calendar, lighting an Advent wreath, praying an Advent daily devotional, erecting a Christmas tree or a Chrismon tree, lighting of a Christingle, and a hanging of the greens ceremony.

In the Roman Rite of the Catholic Church, the readings of Mass on the Sundays of Advent have distinct themes:

The Feast of St. Eligius, a 7th century Gaul who started life as a skilled goldsmith with an impeccable reputation for honesty.  He was soon installed in the Merovingian Royal Court as the master of the mint and then the chief counselor to the King.  A deeply religious man, he used his royal favor to secure alms to the poor and to build churches and monasteries.  In 639, he was selected by the clergy to become the Bishop of Noyon-Tournai, spending the last twenty years of his life on frequent missionary excursions to Flanders and along the North Sea coast.  Several of his writings are still extant.  He is the patron saint of all metal workers.  In modern culture, the t.v. show St. Elsewhere took place at St. Eligius Hospital and the saint’s statute appears in several episodes.

The Feast of Father Ralph Sherwin, the first of over 40 graduates of the the seminary, the English College in Rome, who returned to 16th century England after the Reformation and were executed for treason after saying Catholic Mass.

Revisionist historians like to portray the Civil War as primarily about economics rather than slavery and portraying Lincoln himself, founder of the Republican Party, as not an abolitionist.  President Abraham Lincoln’s annual State of the Union address to Congress on this day shows just how absurd and anti-historical both of those assertions are.  Lincoln was crystal clear in his speech about the cause of the war.  “Without slavery the rebellion could never have existed; without slavery it could not continue.”  He then stated, before proposing a plan to end slavery for good in America:

Among the friends of the Union there is great diversity of sentiment and of policy in regard to slavery and the African race amongst us. Some would perpetuate slavery; some would abolish it suddenly and without compensation; some would abolish it gradually and with compensation: some would remove the freed people from us, and some would retain them with us; and there are yet other minor diversities. Because of these diversities we waste much strength in struggles among ourselves. By mutual concession we should harmonize and act together. . . .

Lincoln then outlined an Amendment to the Constitution that he wanted Congress to adopt.  It would end all slavery in the United States by 1900.  All slave owners who emancipated their slaves before then would be compensated by the federal government.  Moreover, for however many of those blacks who wished to return to Africa, the United States would fund their, but it would not be coerced.  The speech was given in part as an inducement to the Confederacy to end their rebellion.

On this date, Soviet Union Politburo member Sergey Kirov was assassinated. Gen. Sec. of the Communist Party Josef Stalin used the incident as a pretext to initiate the Great Purge.  It was “a large-scale purge of the Communist Party and government officials, repression of kulaks (affluent peasants) and the Red Army leadership, widespread police surveillance, suspicion of saboteurs, counter-revolutionaries, imprisonment, and arbitrary executions. Historians estimate the total number of deaths due to Stalinist repression in 1937–38 to be between 680,000 and 1,200,000. ”

Of course, this was not the first war on the populace by the Soviet government.  The first was the Red Terror in 1918 to 1920 that saw upwards of 200,000 Russian’s executed.  Forced collectivization of farms between 1928 and 1933 cost the lives of an estimated 13 million citizens.  Then there were Stalin’s forced population transfers of undesirable citizens targeting about 6 million people, of whom about 1.5 million died as a direct result.  And don’t forget the Gulags, the prison work camps where enemies of the state not executed outright would be punished with hard labor and starvation. costing another 1.7 million dead under Stalin.    In toto, an estimated 15 million people died to terror and repression by the Soviet government.

Compared to Mao, Stalin was a piker when it came to terrorizing and murdering his own people in an effort to perfect society.  Regardless, this was yet another in what were numerous examples beginning with the Reign of Terror during the French Revolution, of the consequences of giving power to a statist centralized government that is free of the strictures of religion.  Under the Judao-Christian religions, the individual is sacrosanct and, under the Anglo political and legal system based thereon, the government must respect individual rights.  Under the secular statist system, be they called communist, socialist or fascist, etc., the greatest moral good becomes supporting the state.  Any challenge to that authority, real or imagined, is met with the police power of the state, and the less religiously based is the state, the greater the slaughter.

State sponsored racism and segregation reached its zenith in America in the early 20th century under the deeply racist Democrat President Woodrow Wilson.  It was also a time when the nascent civil rights movement grew in response.  In this same time frame, three white Republicans founded the NAACP.

By the 1950’s, following WWII, the civil rights movement was fully engaged in America.  In 1954, the NAACP won in the landmark case, Brown v. Board of Education, ending state sponsored segregation in schools.  In 1955, the nation was shocked by the lynching of Emmett Till.  This was also the year that blacks began adopting a strategy of non-violent direct action.

Martin Luther King Jr. famously perfected that strategy in the civil rights movement, appealing successfully to the conscience of the nation.  His leadership of the movement sprang directly from the famous act of civil disobedience by, Rosa Parks.  Ms. Parks, a seamstress in Montgomery, Alabama became famous when, on this date in 1955, she was arrested because she refused to relinquish her bus seat to a white person at the direction of the bus driver.  In response to her arrest, the blacks of Montgomery started a boycott of the bus system that lasted 381 days, until Montgomery repealed its segregation law as to buses.

After the first night of the boycott, Rosa Parks met with parishioners at her Church to discuss boycott strategies.  They decided that a new organization should be created, the Montgomery Improvement Association.  They elected as its President a new, young preacher recently moved to Montgomery, Martin Luther King, Jr.  The rest, as they say, is history.  The movement reached the zenith of its positive influence in 1963 with King’s “I Have A Dream” speech delivered before the Lincoln Memorial.  There, King said that he dreamed of a day “that my four little children will one day live in a nation where they will not be judged by the color of their skin but by the content of their character,”  It reach the nadir of its negative influence in 2019, when the hard left, having hijacked the black civil rights movement, tried to portray all of white America as racist, the Constitution illegitimate, and blacks as permanent victims to be judged solely by their skin color and entitled to special treatment with the canard of the 1619 Project.

800 – A pivotal event in Western history occurred in the year 800, when Charlemagne, the “Father of Europe,” was crowned Emperor of the Holy Roman Empire by the authority of Pope Leo III.  On this day in 800 A.D., several days before that event, Charlemagne, the protector of the Church,  sat in a synod he had called in Rome to arbitrate accusations against the Pope.  The accusations had been brought by the Pope’s enemies, the same ones who had tried to assassinate him months earlier.

1824 – John Quincy Adams, Andrew Jackson, Henry Clay and William Crawford all campaigned for the Presidency in 1824.  Jackson won the most electoral votes, but none won a majority. Per the 12th Amendment, ratified twenty years earlier, the House of Representatives had to decide the winner.  In the only election decided by the House of Representatives, they chose John Quincy Adams, son of former President and Founding Father, John Adams.

1913 – Henry Ford helps kick-start the Second Industrial Revolution with mass production and the first use of the industrial “assembly line,”

1990 – Workers constructing the Channel Tunnel from the United Kingdom and France complete drilling on this date when they meet 131 feet beneath the seabed.  The sea between England and France is shallow.  Prior to the year 6,500 B.C., its was a populated area of dry land referred to today as Doggerland.

1761 – Marie Tussaud, a sculptor, left France after the French Revolution and came to London, where on this date she opened the immensely popular Madame Tussauds Wax Museum.

1135 – Henry I, fourth son of William the Bastard and future King of England.  His most lasting legacy was probably laying the groundwork for the common law system that Henry II would later enlarge and perfect.

1521 – Leo X, pope of the Catholic Church, was a great patron of the arts, but a spendthrift who sold indulgences to fund his grand words.  He was the Pope who faced off with Martin Luther at the start of the Reformation.

1973 – David Ben-Gurion, primary national founder of the State of Israel and the first Prime Minister of Israel.  He held that post, with but a two year respite, from 1948 to 1963.

Jingle Bells, the iconic American Christmas song, was written in 1857 for . . . Thanksgiving.  It did not take long, however, for the song to become associated with Christmas.  This version, with Bing Crosby and Frank Sinatra, was part of a Christmas television special:

Deck the Halls is a Welsh carol dating back to the 15th century:

And for a longer selection, and a change of pace from traditional carols, here is a Christmas story — how Dickens came to write A Christmas Carol.