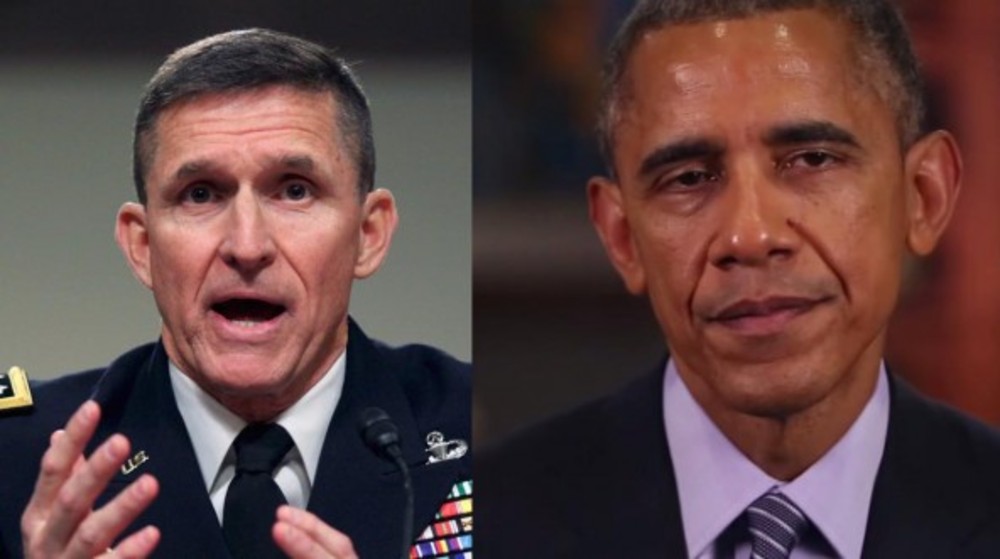 The Flynn-Kislyak Transcripts have been released.  They exonerate Michael Flynn and indict everyone else in the Obama Administration. perhaps even Obama himself, who conspired against Flynn.

On January 4, 2017, the FBI agent overseeing the Crossfire Razor investigation of Michael Flynn drafted, but did not file, a memorandum.  In it, the agent wrote that “The goal of the investigation was to determine whether [Flynn], associated with the Trump campaign, was directed and controlled by and/or coordinated activities with the Russian Federation in a manner which is a threat to the national security and/or possibly a violation of the Foreign Agents Registration Act.”  Having exhausted all leads in the check for derogatory information and having used a confidential human informant that turned up nothing, the agent wrote that he was closing the investigation.  Peter Strzok stopped from doing so, ordering him to keep the file open at the request of the “7th floor” — i.e., Jim Comey and Andrew McCabe.

It is not clear whether the FBI agent overseeing the Flynn investigation saw the Flynn-Kislyak transcripts before January 4 and whether the agent included an analysis of their contents in making the decision to close the investigation. Regardless, the transcripts are now public and we are free to analyze them ourselves.  There were six conversations and two messages intercepted — presumably by the FBI — between Russian Ambassador Kislyak and LTG Michael Flynn in 2016 and 2017.  You can read the entire transcripts here, and I have summarized them below.

Bottom line, there is not even the tiniest indication in any of the conversations that Flynn or President Trump was conspiring with Russia — and thus no support for maintaining open a counterintelligence investigation of Michael Flynn.  Nor is there anything to suggest that Flynn was negotiating against the interests of Obama administration that would lend even a patina of support to a ludicrous Logan Act investigation — something the FBI never opened regardless (though Rod Rosenstein opened it up for Special Counsel in his second Scope memo).

It is also notable that Susan Rice recounts, in her now unredacted CYA memo of 21 January 2017, that in her meeting with Obama, Biden, Comey, et al on 5 January, Comey stated, in response to a question from Obama, that he “has no indication thus far that Flynn has passed classified information to Kislyak, but he noted that “the level of communication is unusual.”  Really?  I would perhaps expect such an observation from Inspector Clouseau in one of the Pink Panther movies, but never from the man charged with heading the FBI.  Five conversations in 2016 between an incoming National Security Advisor and the Russian Ambassador to the U.S. is suspicious to Comey?  This is beyond parody.

It is arguable that the FBI had no justification to open the Crossfire Razor investigation of Flynn.  It is beyond argument now that no reasonable justification existed on January 4 or thereafter to continue an investigation of Flynn, and no justification to engage Flynn in an ambush interview on January 24 with the goal of getting him fired.  Indeed, that latter is such an abuse of the police power of the state by the FBI leadership that it fully deserves to be prosecuted under any number of criminal statutes.

Jan. 6, 2016 — Flynn initiated a phone call with Kislyak to pass on his condolences upon the death of the GRU Director.

Dec. 23, 2016 — Kislyak initiated a phone call with Flynn.  Their first topic of discussion was about the vote scheduled in the UN Security Council on a resolution condemning Israel’s settlement policies.  This was not a vote initiated by the Obama administration.  Indeed, to the contrary, the administration explicitly denied either initiating or supporting the resolution.  Flynn apparently asked Kislyak not to force a vote on the resolution and Russia agreed but stated that if a vote were forced, Russia felt duty-bound by its relationships to vote in favor of the resolution.  Flynn made the point that ” the strategic goal is stability in the Middle East” and that “[w]e will not achieve stability in the Middle East without working with each other against this radical Islamist crowd. Period.”

Dec. 29, 2016 — Kislyak’s office leaves a message for Flynn to call back.  Flynn returns the phone call. Kislyak begins by stating:

KISLYAK:  We wanted to convey to you and through you to the President Elect that we had uh significant reservations about the idea of adopting now the principles for the Middle East~ uh~ that our American colleagues are pushing for. So we are not going to support it to – in the quartet, or in the Security Council. And we have conveyed to our American colleagues. So in the spirit of full transparency I was asked to inform you as well.

KISLYAK: So it’s not something that we – Russia – are going to support.

KISLYAK: Secondly~ we think it requires some additional work and everybody has to be on board.

Further, Kislyak invited Flynn to send a team to a conference in Kazahkstan in January 2017 to discuss peace in Syria and to set up a phone call between Trump and Putin after the swearing-in ceremony.  On responding to sanctions imposed by Obama, Flynn asked that the Russians “not allow” the Obama “administration to box us in.”  Flynn states that:

I know you have to have some sort of action, to only make it reciprocal; don’t go any further than you have to because I don’t want us to get into something that have to escalate to tit-for-tat . . .  We need cool heads to prevail . . . and we need to be very steady about what we’re going to do because we have absolutely a common uh. threat in the Middle East right now.

Note:  As recounted by John Solomon:

Obama on Dec. 29, 2016, imposed penalties on Russia for efforts to interfere with the 2016 presidential election – including economic sanctions and expelling 35 Russians. But Moscow did not immediately retaliate. The next day, President-elect Trump praised Vladimir Putin for holding his fire, tweeting it was a “great move” and “I always knew he was very smart!”

Then-FBI Director James Comey later testify to Congress that the Russians’ failure to retaliate for the sanctions perplexed departing Obama national security officials, who ordered an all-out search to find out what happened. The search led to the discovery of the Flynn intercepts, which eventually were shared with Obama.

Dec. 31, 2016  — Kislyak initiated a call with Flynn after Russia had publicly decided not to respond to the Obama sanctions.  Kislyak stated that Moscow felt that Flynn was correct, that “cool heads” should prevail.  Further, Kislyak stated perceptively that Moscow viewed the sanctions as being aimed at not merely Russia, but at the “President-elect” as well.

Jan. 12, 2017 —  Unsure who initiated the call.  The two men coordinated the specifics of the U.S. team set to attend the conference on Syria in Kazakhstan.

Jan. 19, 2017 — Kislyak leaves a message for Flynn to coordinate the planned video conference with Putin after the inauguration.

The only pieces of the Flynn puzzle missing now are the original 302 report of the FBI’s January 24 interview of Flynn, as well as the multiple edits.  The 302 report, originally written by Agent Joe Pientka, was subsequently edited by Peter Strzok and then edited again by Lisa Page before being sent to Andrew McCabe for approval.  None of that should have happened, and all suggest actionable fraud.  Everything about this case reeks of criminality by the people entrusted to faithfully execute our laws.  There has to be just punishment for this.