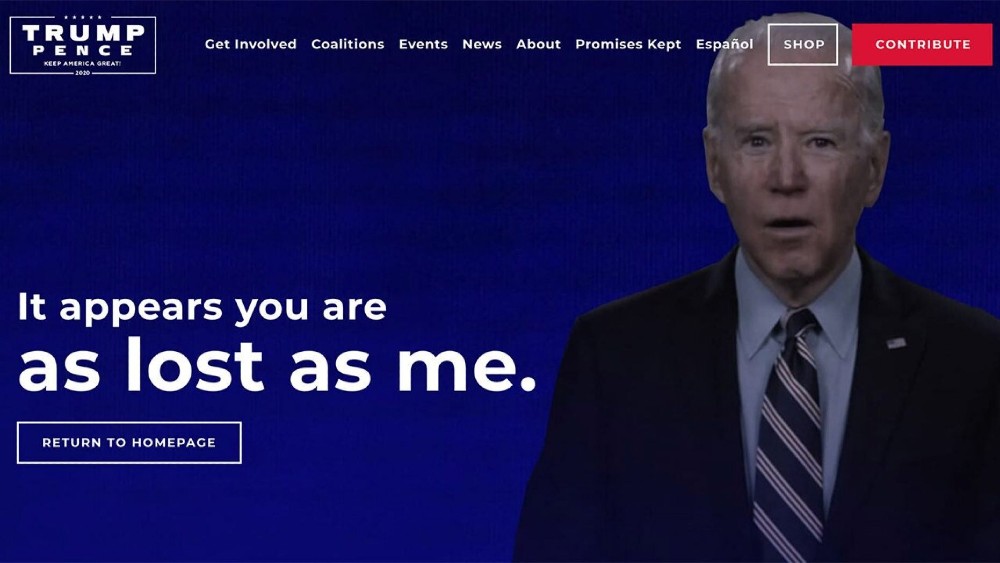 The progressives’ end game is to remake America and they will not tolerate losing the Presidency in November.  Win or lose, a civil war of sorts is in the offing.
The only question is when?

There are two Americas today, and the divide is demonstrated perfectly in this short video:

His face at the end is Priceless. pic.twitter.com/X1zUmPz0Ll

But if you prefer a written description of that divide, no one describes it better than Matt Taibbi, a man who is that rarest of things, an intellectually honest journalist.  He is himself a Bernie supporter, but he seems to be ever so slowly digesting a red pill in this review of the work of Thomas Franks.  Few are insightful as Taibbi in his description of how the progressive left abandoned liberalism and the working class to become the neo-Marxist abomination that progressives are today:

. . . In Frank’s home state of Kansas, voters reacted by moving right as the triumvirate of news media, pop culture, and Democratic politics spoke to them less and less. “The state,” he wrote, “watches impotently as its culture, beamed in from the coasts, becomes coarser and more offensive by the year.”

Perceiving correctly that there would be no natural brake on this phenomenon, since the executive set was able to pay itself more and more as the country grew more divided, Frank wondered, “Why shouldn’t our culture just get worse and worse, if making it worse will only cause the people who worsen it to grow wealthier and wealthier?”

We have the answer to that now, don’t we?

When I was first sent out to cover the Donald Trump campaign years later, I assumed the editorial concept would be simple: mockery. New York’s infamous “short-fingered vulgarian” had taken over national headlines in the summer of 2015 with a foul-mouthed stream-of-consciousness rap, organized around an impossible Pharaonic wall project and scare tales about rape-happy Mexicans – the Diceman doing Pat Buchanan. If this was taking over the Republican Party, there wasn’t much to report. The enterprise was doomed, and journalism’s only mission was to make sure the silliest bits were captured before being buried under the sands of history.

Twenty minutes into my first Trump campaign event, I knew this was wrong, and was seized by a sinking feeling that really hasn’t left since. Trump in person sounded like he’d been convinced to run for president after reading What’s the Matter with Kansas? His stump act seemed tailored to take advantage of the gigantic market opportunity Democrats had created, and which Frank described. He ranted about immigrants, women, the disabled, and other groups, sure, but also about NAFTA, NATO, the TPP, big Pharma, military contracting, and a long list of other issues

To put all of that in shorthand, these modern progressives don’t know anyone who owns a pick-up.

So Trump and his ilk are one half of America, defined by a belief in capitalism, freedom, the Constitution, and the melting pot.  Arrayed opposite are the neo-Marxist progressive leftists who dream of a socialist revolution and the complete reshaping of America.

Socialism’s most influential philosopher, Karl Marx, envisioned a revolution of social classes defined by wealth.  He opined in The Communist Manifesto that, after the revolution, all social classes would fade away and everyone would become one happy family in a great socialist melting pot.  Everywhere such has been tried, it has ultimately resulted not in heaven on earth, but rather a hell, with authoritarian police states, untold mass murder, poverty, and misery.  Marxist progressives tried to foment such a revolution in the 20th century United States as well, but what they found was that America, with its unique opportunities for social mobility, had no interest in a socialist revolution.  So fifty years ago in America, the neo-Marxist progressives changed their playbook in America from social classes to permanent victim classes.

Our progressive left is predicating its revolution on permanent classes that will still exist after the revolution is won, leading to a wholly balkanized society. In this new world, some victims, solely by virtue of their physical characteristics or sexual orientation (certainly not character or merit, for that would be racist), will be claiming the right to exercise plenary power over all others.   (That the white progressives — in politics, entertainment, and the media — who have led this movement to gain power expect they’ll continue riding atop the tiger if the neo-Marxist progressive movement ever triumphs is ludicrous.  They need to read up on the French Revolution.)

This vision is the opposite of Marx’s — and America’s former — melting pot.  The tribal society that would result in unequal laws and government-managed outcomes for victim groups cannot exist under our Constitution and laws.  And history teaches that all tribal societies are riven by violence and dissension, at least until they are conquered.

In 2016, these neo-Marxist progressives thought that they controlled the future, counting on a Hillary victory to cement their new dominance and all of the extra- and un-Constitutional practices Obama used to remake society, something he did more or less peacefully.  Then the Tea Parties showed up to protest peacefully, only to be maligned and targeted by Obama’s government.  Since these same progressives lost in 2016, their rage has been dialed up to eleven and the last four years have been one long attempted coup.  Now, the “brown shirts” wing of these progressives, consisting of BLM, Antifa, and other such entities, is rioting in the streets with full support from the MSM.  Obama himself made a recent appearance to pour out false nostrums even as he tossed oil on the fire.

If the neo-Marxist left wins the election in 2020, I expect civil unrest to break out before 2024, as these “progressives” try to reshape America without reference to our Constitution and laws.  But I don’t expect that they will win the 2020 election.  Among all the problems the left has as I write this today, the two biggest are that Donald Trump has a record of accomplishments while Joe Biden is dropping ever deeper into dementia.

Sources are telling me that Biden is deteriorating rapidly. Don’t miss my show today for the troubling story.
Available now on YouTube here: https://t.co/n2N0DlfAF5 pic.twitter.com/5JoIsL8XwJ

And in brutal satire from the Bee:

Biden Says He Can’t Wait To Find Out Who He Picked For VP https://t.co/lURiXPQYoh

There is no greater measure for how worried the progressive wing is then the evergrowing calls for Joe Biden to refuse to engage in debates with Donald Trump, ostensibly because  Trump ‘lies . . . Lies . . . LIES, I TELL YOU!!!’  Just today, Elizabeth Drew (another journalist) got a platform on the opinion pages of the NYT to call for a scrapping of the debates, while at CNN:

Trump “will take the truth and destroy it, and Biden will be in the position of correcting him over and over and over again. I don’t think he should give him that platform.” pic.twitter.com/4EOR4Q9Um7

The progressives couldn’t care less that Biden is an empty vessel.  They always intended for him to be a mere figurehead to cover for their radical agenda.  But for those in the middle who are not hardcore Marxists, being asked to vote for president a man who is clearly incapable of doing the job is going to be a non-starter.  Thus the panic.

Besides nixing the debates, another result of that panic is people like Nancy Pelosi calling for all voting in the country to take place by mail. National mail-in voting would allow the progressives to engage in the same vote harvesting that flipped California House seats in 2018, along with a variety of other frauds. Yet another result is the progressive left’s projection of their own sins onto Trump.  They claim that when Trump loses the 2020 election, he will refuse to peacefully hand over power to the next administration.  These progressive scum see no irony in projecting their sins onto Trump.  It is the progressive left that has refused to honor the result of the 2016 election, after which they engaged in two failed attempted coups, one by the DOJ and a second in the House’s kangaroo-court / star-chamber impeachment.

These people are not your fellow Americans.  They have nothing in common with non-Progressive America.  They have fidelity neither to the Constitution nor to intellectual honesty.

And indeed, it seems that at the highest levels of the progressive wing, they have no intention of abiding by the ballot box if they lose in 2020.  Ben Smith, the same worthless s.o.b. who greenlighted publishing the b.s. Steele Dossier when he ran Buzzfeed, recently wrote at the NYT:

. . . a group of former top government officials called the Transition Integrity Project actually gamed four possible scenarios, including one that doesn’t look that different from 2016: a big popular win for Mr. Biden, and a narrow electoral defeat, presumably reached after weeks of counting the votes in Pennsylvania. For their war game, they cast John Podesta, who was Hillary Clinton’s campaign chairman, in the role of Mr. Biden. They expected him, when the votes came in, to concede, just as Mrs. Clinton had.

But Mr. Podesta, playing Mr. Biden, shocked the organizers by saying he felt his party wouldn’t let him concede. Alleging voter suppression, he persuaded the governors of Wisconsin and Michigan to send pro-Biden electors to the Electoral College.

In that scenario, California, Oregon, and Washington then threatened to secede from the United States if Mr. Trump took office as planned. The House named Mr. Biden president; the Senate and White House stuck with Mr. Trump. At that point in the scenario, the nation stopped looking to the media for cues, and waited to see what the military would do.

I am inclined to agree with Ace on this:

Whatever happens, America will end in November of this year. The left will no longer even pretend at accepting any government which is not Maoist/leftist.

The peaceful Tea Party movement or its future ilk won’t even be a speed bump to any movement prepared to embrace brown-shirt tactics.  Arm yourselves.  Protect yourselves.  And be prepared to stand and be counted or, in the words of Samuel Adams:

If ye love wealth better than liberty, the tranquility of servitude than the animated contest of freedom — go home from us in peace. We ask not your counsels or arms. Crouch down and lick the hands which feed you. May your chains sit lightly upon you, and may posterity forget that you were our countrymen!