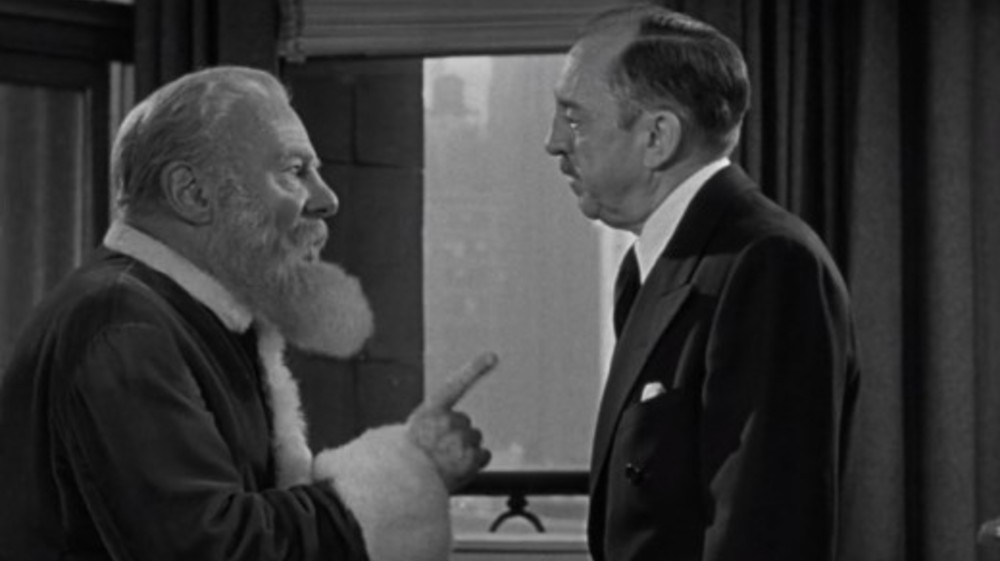 One of my favorite scenes in any movie is out of the 1947 “Miracle on 34th Street.”  It is when Santa has finally had his fill of the pretentious hack, Dr. Sawyer, and he refuses to let Sawyer continue to abuse a young, impressionable man without consequence.  Santa announces “There is only one thing people like you understand” before conking Sawyer on the head with his cane.  Unfortunately, youtube has removed that clip.

A modern variation on that same theme comes from the mouth of that sage philosopher, Mike Tyson.

The bottom line is that it is long past the time when the proper response to ANTIFA / BLM / Cancel Culture idiots having uncontrolled temper tantrums is a bit violence at a level needed to show them the error of their ways.  And now we have the good men and women of Ft. Collins, Colo., who, during a pro-police rally, have demonstrated for the rest of us what that should look like.

This from Bizpac Review: (H/T Instapundit)

During a pro-police rally Saturday in Fort Collins, Colorado, a contingent of left-wing extremists reportedly showed up and stepped into the neighborhood across from the Fort Collins Police Services building where the rally was being held.

In response, the rallygoers apparently rushed into the neighborhood and chased the extremists right out, but not without first treating them to some fist sandwiches.

And here are some of the tweets.  Note that the first one is posted by a BLM nitwit who is trying to claim the mantle of victim.  Bottom line, if these crybullies want to be seen as victims, we should be willing to help them in their efforts:

Antifa assaulted someone in a wheelchair. That’s what set off the beat down from residents. Police were on the scene to arrest the commies. pic.twitter.com/LhqHFztjV2

Do go to BizPac to read the entire article.

The reality is that BLM and ANTIFA — and indeed, all who revel in cancel culture — will keep going full speed ahead until they learn that there is a stiff price to be paid when they choose to impose their will and their choices by force upon the rest of us.  Unfortunately, the progressives have gone far to neutering the police and all too often the progressives are the ones controlling the police power of the state.

I read with horror how Michelle Malkin’s Blue Lives Matter rally was violently broken up by BLM and Antifa scum less than a month ago.  The actions of the leftist scum were horrendous, but equally horrendous was that there was no physical response to these assholes from the people at the rally.  As conservatives shook their head and wrote nasty posts, the scum who did this were no-doubt congratulating themselves and planning their next act of assholery.

The reality is that a carefully limited violent response to violence — a few bloody noses and broken jaws — is probably the only antidote to much more serious violence later.  Good manners — and how to act civil in “civil society” — are both learned skills.  As Mike Tyson intimates, sometimes needed lessons are painful.