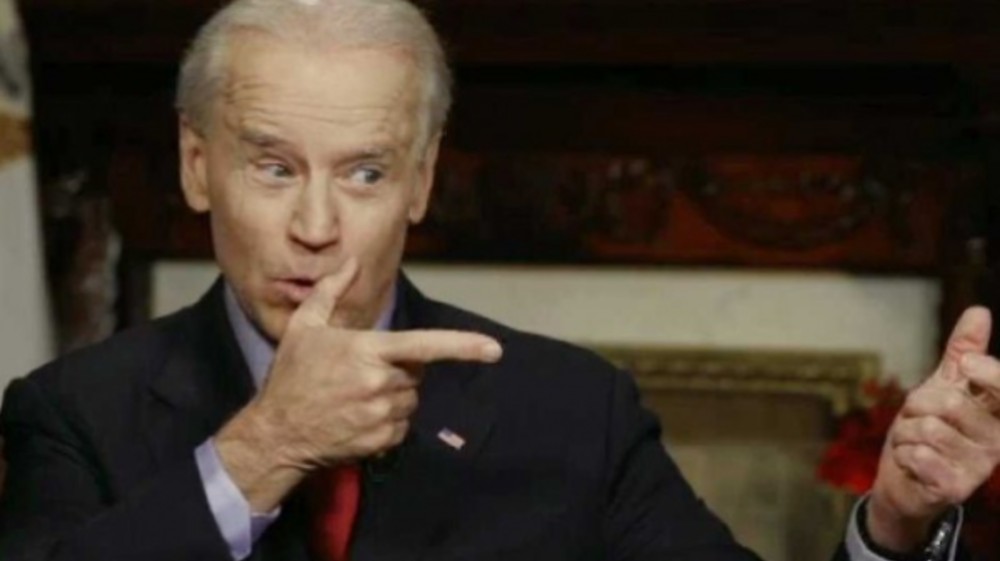 If you needed more motivation to get out and vote against progressives, Dementia Joe just provided it.  He’s put “gun control” at issue just as the nation explodes in progressive violence.

In March, economist and former university Professor John Lott Jr. took note of the Democrat presidential contenders, in particular Biden and Beto, who famously vowed to “buy back every single assault weapon” but, if that didn’t work, promised to use the police power of the state to forcibly take those guns from law abiding gun owners.  Mr. Lott opined:

They want to take your firearms away and make no bones about it.

November 2020 will be known as the gun-control election.

And let’s not forget Biden’s running mate, Kamala, who is fine with taking unconstitutional actions to rid the nation of “assault rifles” if that is what it takes.  Listen to this crap from Harris, a lawyer who knows better and the only woman alive with a more disingenuous and grating cackle than Hildabeast.

All of that was of course before Covid-19 shutdown, the BLM riots convulsing Democrat-run cities, the defund the police movement with a resulting spike in crime (call it the “Minneapollis effect”) and the massive increase in gun and ammo sales across the nation. All of that combined to drive gun control from the front and center of the progressive platform.  Biden, Harris and the left became as silent as the grave about their radical gun control agenda for the last few months.

But now, Joe Biden just brought the gun control issue back.  In a tweet (so, not a gaffe) Biden (or one of his handlers) stated:

Joe Biden called for gun control less than 24 hours after two LA County deputies were shot in the head and wounded during an ambush in Compton.

‘Weapons of war have no place in our communities,’ the former Vice President tweeted. ‘We need to ban assault weapons and high-capacity magazines.’

The precipitating event is shown in the video below, as a feral animal ambushes two LA County sheriff’s deputies with a handgun, firing two shots:

Just what “assault weapon” was involved in this incident?  Is a high capacity magazine now anything that allows two shots to be fired?  Does a subhuman act by a criminal justify government taking away the rights of all other law-abiding Americans?  In that same vein, shall we stop all voting by mail if a proggie, somewhere, committed vote fraud with mail-in ballots?

California law already bans a large swath of weapons, including an Armalite-15 — the famed progressive boogeyman “assault rifle” that has never been fired in a war.  The same laws allow magazines that hold up to 10-rounds.  In other words, even under California law, Dementia Joe’s Rx would have no impact on the event that happened, let alone adopting such policies nationally.   And indeed, as John Lott points out this morning at RCP, the 1994 “assault weapons” ban accomplished precisely zero in reducing gun crime.

It seems more than tin-eared to me that Biden would be raising gun control now, as the progressive movement he leads is turning this nation into a hellscape and gun sales are setting records.  There are more guns in America than people, and nearly half of all households contain a gun. But here it is, and as John Lott opines:

With Democrats promising to eliminate the Senate filibuster if they win, gun bans will be an integral part of the radical agenda that they will quickly enact. To his credit, Biden is not hiding it.

Do take note that, while it is, as a practical matter, impossible to eliminate the Second Amendment directly, the progressives are doing their best to de facto destroy it.  The schemes they have tried over the years are near uncountable, from bureaucratic rules to taxation, zoning, limiting ammo availability outright gun grabs, and much, much more.  Any or all of those, to various degrees, could seriously degrade if not destroy the Second Amendment.  And that is by staying within the rules of the game as it exists now. They won’t need to feign, finagle and cozen if they do away with the Senate filibuster and control the House.  We will learn why our Founders feared the tyranny of the majority.

My own bete noir at the moment is the lack of ammo availability.  A gun without ammo is a particularly inefficient blunt object.  Moreover, a person who has a weapon that they do not know how to safely handle because they can’t get on a range is a horrific accident waiting to happen.  Yet one of the schemes Biden is pushing is to end sales of ammunition over the internet.  One, what could possibly justify that?  Two, that presents a severe practical problem.  Where I live, we have several nearby gun stores, but all of which are out of 5.56, 9 mm and .45 acp ammo and have been for months now.  If I had to wait solely on their resupply, we might be waiting months — during which time, our lives and homes are being put at risk in Biden’s America.  Fortunately, the internet is a great resource for finding stocks of ammunition, even if, albeit, a bit pricey.  We have enough self-defense ammo, but we were lucky to have just found for sale over the internet 500 rounds of ball ammo for each weapon, enough for several range visits.

At any rate, vote early.  Vote often (but no more than a progressive). Most importantly, vote for Donald Trump as if your life (not to mention your home and loved ones) depends on it.