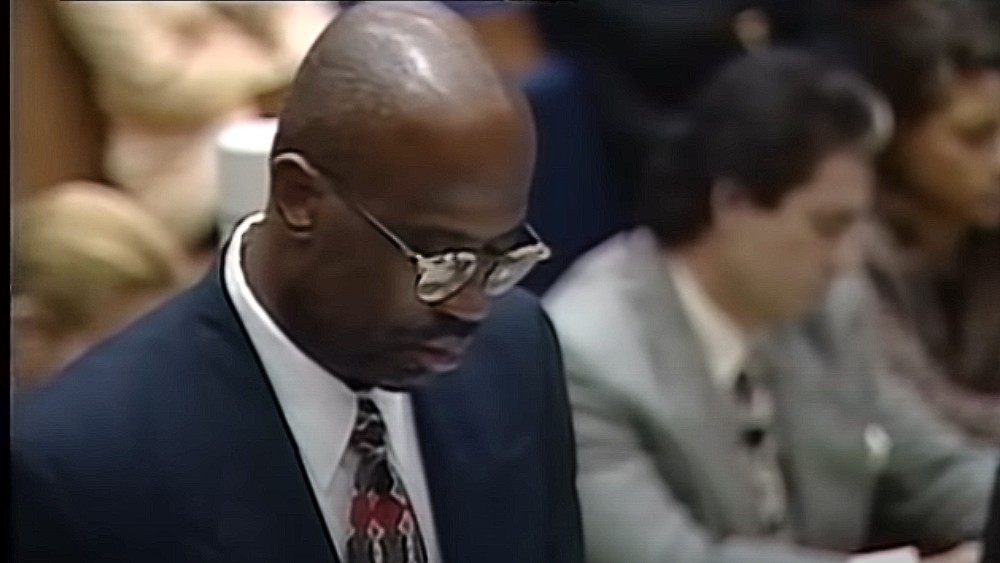 If you’re interested in how the “N-word” has come to have the destructive power of a nuclear bomb, I’ve got the answer.

I’ve gotten used to the leftist excesses at the New York Times, but even I was impressed at how overboard the editors went when they fired Donald G. McNeil Jr. The reason for firing this 45-year Times veteran was because, while accompanying a pricey student trip to Peru some years ago, some students were offended that McNeil used what is now referred to as the “N-word” and tattled on him.

It’s important to understand that McNeil didn’t say the word as part of his own conversation and he certainly didn’t use it in an insulting way. Instead, one of the students asked a question about a friend who, when she was 12, used that racial pejorative in a video and ended up suspended. (It’s noteworthy, by the way, that in leftist-run school districts, it’s normal for students to physically assault teachers. But use that word….)

When McNeil answered the question posed to him, he dared to use the forbidden word. When word got back to the Times — where he’d worked for 45 years — the paper gave him a reprimand. However, this offended the now-ubiquitous “BIPOCs,” who demanded McNeil’s head…and got it.

I don’t have a single tear to shed for McNeil. Up until last week, he was part of that system. Also, he was dumb enough to issue the usual groveling apology for being politically incorrect. Note, please, that what he did was neither illegal nor something that could reasonably be the subject of costly civil litigation. Instead, what he said offended the sensibilities of the gatekeepers in cancel culture.

Somehow, McNeil missed the part in the story where only BIPOCs, such as the anti-Semitic Nick Cannon, are granted absolution for their sins. If you’re white, you’re consigned forever to the outer reaches, far away from the fancy latte machine in the Times’ coffee room.

What got to Bret Stephens, the Trump-hating RINO who left the Wall Street Journal for the New York Times, was the fact that the Times didn’t care about context. It didn’t care that McNeil used the word without malice. Merely speaking the word is now a sin (emphasis mine):

In an initial note to staff, editor-in-chief Dean Baquet noted that, after conducting an investigation, he was satisfied that McNeil had not used the slur maliciously and that it was not a firing offense. In response, more than 150 Times staffers signed a protest letter. A few days later, Baquet and managing editor Joe Kahn reached a different decision.

“We do not tolerate racist language regardless of intent,” they wrote on Friday afternoon. They added to this unambiguous judgment that the paper would “work with urgency to create clearer guidelines and enforcement about conduct in the workplace, including red-line issues on racist language.”

As I’ve pointed out before, the virtue of events in 2020 and, now, in 2021, is that we’re getting clarity. Ordinary Americans (rather than political obsessives like me) are seeing that the “Democrats” or “progressives” really are as red of tooth and claw as conservatives have been saying. Like all other totalitarian groups, they have rigid language requirements, purges, and mortal sins that leave no room for remorse, repentance, and reform.

When it comes to the “N-word,” how did we get to the point at which it is a word the mere utterance of which can destroy lives? I’m glad you asked.

Up until 1994, there were only two known totemic words in the Western world, words so powerful that they could not be spoken — one occurs in the Bible, while the other is a pure fiction.

The Bible refers to God as יהוה. The English cognate for those letters is YHWH. Beginning in the 6th century B.C., speaking this name of extraordinary power became taboo. Instead, Jews began to refer to יהוה in the third person as אֲדֹנָי‬ (Adonai or “the Lord”). That appellation is still the word used in all Jewish prayers (e.g., “Barukh ata Adonai;” “Blessed are You, Lord our God”).

Those who no longer believe in the word’s totemic significance willingly say the Lord’s name. Or at least, they willingly say what they think is the Lord’s name. No one really knows how it was pronounced back before the Second Temple period. The agreed-upon pronunciation, based upon roughly contemporaneous Greek renditions, is “Yahweh.” However, pronunciations change when filtered through a foreign language. For all we know, the word was really pronounced “Yohwuh” or something equally unfamiliar.

My point is that, for observant Jews, the Lord’s name is so sacred that it cannot be spoken. No one is worthy of speaking it. For centuries, observant Christians attached that same significance to both God’s and Jesus’s names. They would utter the names in a religious context but it was blasphemous to “take the Lord’s name in vain.” To avoid blasphemy, the British ended up with such exclamations as “Zounds!” (from “God’s wounds”), “Strewth” (from “God’s truth”) and, the most obscene, “bloody” (from “Christ’s blood”).

And what’s the other totemic word, one of such power that no one can utter it? That would be Voldemort, from the Harry Potter universe. In that fictional world, it was fear and superstition that gave that name its power. That is, I don’t recall anything in the books indicating that merely uttering Voldemort’s name would make bad things happen. The stricture against uttering it was simply that it offended people. It was Hermione who sensibly pointed out that “fear of a name only increases fear of the thing itself.” No one listened.

Which gets me to the “N-word.” I happen not to like that phrase because I don’t agree with the totemic significance given to the word. I’ll write it as I write any vulgar, offensive, or obscene word because I don’t like using those words — with asterisks. “N****r.”

Do any of you remember the origin of the shibboleth against any mention of n****r outside of the ghetto or rap context? Up until 1995, it was just another impolite, hurtful, and vulgar expression. I’ve never uttered the word in my life for that reason. When publications mentioned it before 1995, they did what I’m doing here; that is, they used asterisks.

The big change was the OJ Simpson trial. OJ lived his entire adult life as a white guy, one who had little time for or interest in the black community. However, when he was being tried for Nicole Simpson’s murder, his “dream team” of attorneys came up with the perfect defense: Make the case about race.

They were able to embark on this strategy because they learned that one of the detectives who originally investigated the case, Mark Fuhrman, had made a series of tape recordings in which he spoke badly about blacks and referred to them as n****rs. They relayed their strategy to Jeffrey Toobin, the leftist who later tried to force his adulterous lover to abort their child and refused to pay child support and, just last year, masturbated during a Zoom call.

Toobin wrote an article for The New Yorker describing Fuhrman’s alleged racism (something that had never been an issue in his work and, to the extent there was a recording, seemed to be something of a tryout for a novel). OJ’s dream team, he said, was going to “play the race card.”

And play it they did. The trial, instead of being about evidence related to a brutal crime, became about “the N-word.” That still leaves unanswered how that particular expression — the “N-word” –worked its way into American English and become so powerful.

It started with the prosecution. The team was made up of two whites (Marcia Clark and William Hodgman) and, when it was clear that race was going to be central to the trial, a black man (Christopher Darden). Unfortunately, the prosecution, instead of defusing the word, thought that attacking the word was the best way to show that they were in sync with the majority-black jury.

Here’s a tip for both trial attorneys and for conservatives fighting back against leftists: Never accept your opponents’ definitions. You’ll note, for example, that I never refer to Democrats as “liberals.” They’re not. They’re completely illiberal, which is why I usually call them “leftists,” although I’ll mix it up with “Democrats” or “progressives.”

By the way, they’re not progressive either because their politics hark back to a lot of bad old days, such as Jim Crow, fascism, communism, etc., but the word is still fairly neutral unless, like me, you despise the original, early 20th century progressives, who were racist eugenicists who gave ideas to Hitler. But I digress.

Let me get back to Christopher Darden. It was Darden who thought that the best way to handle the word was to strike it so that it could not be associated with Mark Fuhrman:

“It is the dirtiest, filthiest, nastiest word in the English language,” Darden said in a speech that started quietly and built to such a crescendo that he apologized for his own emotion. “It’ll upset the black jurors. It’ll issue a test, and the test will be: ‘Whose side are you on, the side of the white prosecutors and the white policemen, or are you on the side of the black defendant and his very prominent and capable black lawyer?’ That’s what it’s going to do. Either you’re with the man, or you’re with the brothers.”

Jonnie Cochran instantly made the opposite argument, one that we would all do well to heed today:

Incidentally, at least as to the year 2021, I disagree with the contention that American blacks “live with offensive words, offensive looks, offensive treatment every day of their lives.” That is not how America operates except in “progressive” minds. That’s why they’ve fallen back on microaggressions, which are imaginary slights in the minds of hypersensitive people who have been trained to be paranoid. But, again, I digress.

Darden may have lost the trial, but his side won the word war. When it comes to words that are so powerful merely uttering them destroys people, we have the ancient religious taboo against יהוה; the fictional taboo against “Voldemort;” and the very real, leftist taboo against “n****r.”

As for me, I’m not playing the leftist word games. To me, n****r is a nasty word, but neither more nor less nasty than k**e for Jews, c***k for Asians, s**c for Hispanics, or any of the other words people of one race use to insult another. In my old-fashioned world (my mother raised me to be a “lady”), polite, decent people don’t use any of those words. However, honest, sane people, when using them in a non-pejorative context — as I did here with my asterisked spellings and as McNeil did in Peru — don’t assign to them a unique power that allows leftist institutions to destroy a person’s life merely for allowing those syllables to pass his lips.