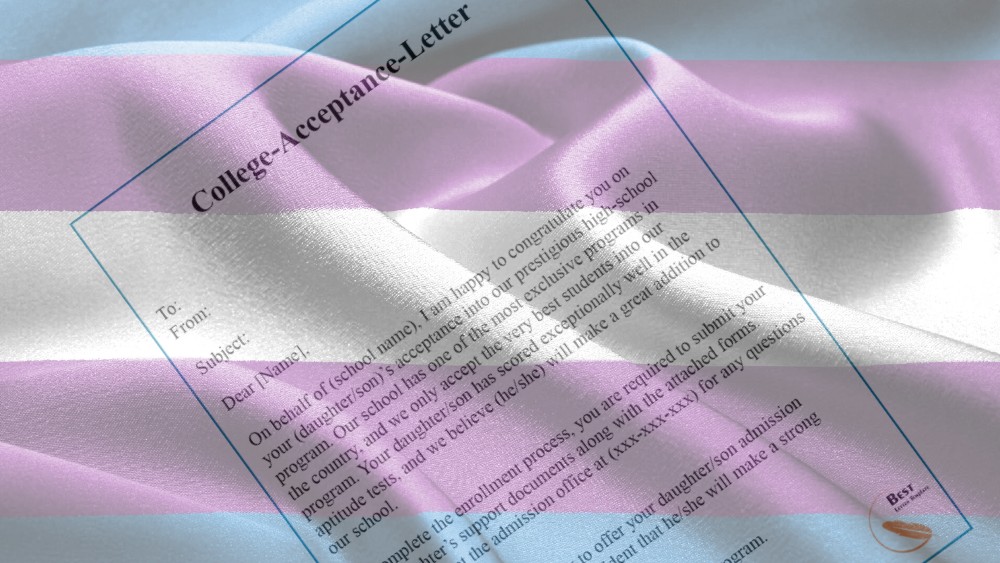 Bear with me here, because I’ve got a weird theory about the Equality Act and the whole transwomen (i.e., fake women) thing.

I am and will continue to be second to none in my assertion that there is no such thing as transgenderism — that is, wishing you were or believing you are a member of the opposite sex does not make you one. If you treat me with respect, I will accord you the courtesy of pretending that you are whatever the heck you want to be. However, if you insist that your delusions are real and, worse, insist on remaking all of America and, indeed, all of human society to accommodate your delusions, I’m going to push back very, very hard.

So that’s where I stand on transgenderism and, until there’s actual science to support this leftist societal lunacy (and there isn’t), I’m not budging on the issue. But….

The other day, Abigail Shrier testified before the Senate regarding the ludicrously misnamed Equality Act. Shrier isn’t opposed to transgenderism — or at least, that’s the position she’s taken so that she won’t be shouted down when she talks about her real passion, which is women’s rights. Shrier’s point is that opportunistic men will take advantage of the Equality Act to get into women’s prisons (where they rape actual women), locker rooms and bathrooms (where our daughters are at risk), and university and business spots reserved for women.

As I was listening, it occurred to me that, while I agree with Shrier 100% regarding women’s physical safety, when it comes to those university and business spots reserved for women, it’s the opportunistic men who may have a point. I know, I know! But hear me out.

Men are a minority in college, something that’s happening all over the world, and it’s very bad for men. Before Wuhan virus madness took over the world, even the Washington Post had noticed:

It’s not just that more women opt for college. It’s that fewer men do, affecting their opportunities and lifetime earnings.

“It’s a crazy cycle,” said Adrian Huerta, an assistant professor of education at the University of Southern California who focuses on college access and gender. “We know that when you have a college education, there are good outcomes with health. You’re more likely to live longer. It matters for employment stability and civic engagement. You’re less likely to rely on social services.”

Men are also being squeezed within colleges. While men are much more likely to engage in college-level sports, Title IX equity forces colleges to spend exactly the same on women’s sports as they do on men’s. Since most colleges can’t spend more on women’s sports, they simply cut back on men’s sports.

And of course, speaking of Title IX, under Obama’s administration, men were presumptively guilty whenever a woman accused them of sexual wrongdoing. Along with that presumption came the denial of the right to speak to parents or attorneys, denial of the right to question witnesses, and denial of any other due process before they were labeled “sexual predators” and kicked to the curb. Trump reinstated due process rights, but Gropey Joe Biden has removed them. Most colleges will be happy because the hard left administrators in charge of allegations of sexual misconduct tend to be “womyn” and “womxns” who truly hate men.

Once out of college, it’s women who are coming to dominate some of the professions that are associated with status and wealth. The majority of medical students are women. In 2016, women also became the majority in law schools. Women have already been the majority of veterinary students for a decade.

At a more general level, at the dawn of the Wuhan virus insanity, women were the majority in the workforce:

Going into 2020, the U.S. economy generally seems strong — especially for women, who hold the majority of jobs for the first time in almost a decade. Women held 50.04% of American jobs as of December, excluding farm workers and the self-employed, according to the Bureau of Labor Statistics. That’s up from 49.7% just one year ago.

What’s driving the surge in female employment? The two industries that experienced the biggest overall gains, health care and retail, both employ many women and are fueled in part by demand from economically-empowered female consumers, says Amanda Weinstein, assistant professor of economics at the University of Akron.

Meanwhile, as women have gained increased control of spending in American households and entered the workforce over the last century, they’ve helped fuel the rise of the service sector, which includes healthcare, education and retail, all industries with lots of female employment. In turn, services such as daycare, home health care, and food preparation have made it easier for women to join the workforce.

While these statistics look great for women’s libbers, it’s questionable how good they are for families, in general, and children, in specific. It turns out there’s truth to the saying “happy wife; happy life,” and the corollary, although it doesn’t rhyme is “happy mother; healthy, happy children.” When mom is absent or overwhelmed, no one is very happy. But that’s a subject for a different post.

Of course, there are still legions of women who go into the jobs traditionally associated with women — teachers, social workers, child care, dental technicians, nurses — something that inordinately frustrates feminists. Some of it is because women’s interests genuinely lie in those directions. And some of it is because women do want to be mothers to their children and that means jobs with more flexibility. When you’re preparing for trial or are doing your 13 years of training to become a neurosurgeon, there’s no such thing as personal time. But still, when you look at the statistics, men are slowly being squeezed out of the old upper-class professions.

My point is that the societal pendulum has gone way overboard when it comes to promoting women and holding back men. This matters. Let me repeat part of the quotation from the Washington Post, above:

“It’s a crazy cycle,” said Adrian Huerta, an assistant professor of education at the University of Southern California who focuses on college access and gender. “We know that when you have a college education, there are good outcomes with health. You’re more likely to live longer. It matters for employment stability and civic engagement. You’re less likely to rely on social services.”

Huerta could have added that this trend also decreases men’s chances with women. Women tend to look for higher status males. I’m sure leftists will say that this is a cultural artifact, but I think it’s a lizard brain thing. When young women meet a young man, their lizard brain checks out the young man for fathering potential. Lizard brain says that the young man should be physically healthy and should have the potential to be a good provider. What’s cultural is that, for about a century, the white-collar professionals were the good providers. That’s no longer true. Men are losing out in the dating game.

(By the way, the corollary to young women looking for high-earning men is that an enormous number of women who married high-earners, raised families, and then found themselves in the market again for a relationship, surprise themselves when they’re drawn to men who aren’t so Type A/Alpha Male/High Earning. Without lizard brain urging them to find a good provider for their hypothetical children, older women can really get to know the guys — and they discover there’s a virtue to the more mellow ones.)

The ultimate point of all of this is that men have been getting the short end of the educational and employment stick for a long time now. I wouldn’t be surprised if opportunistic men fake transgenderism just to re-level the playing field a bit. That is, it’s not that they want to rape little girls in women’s restrooms. It’s just that they want a chance to go to college, but have noticed that some colleges have such imbalances that their incoming classes are up to 65% female.

So when young feminists start to complain that men are coming for their positions in academia or at the hospital or big law firm, maybe it will comfort them to know that the men are just swinging the pendulum back a little toward the center.

Photo of transgender flag by Lena Balk on Unsplash; edited by me.