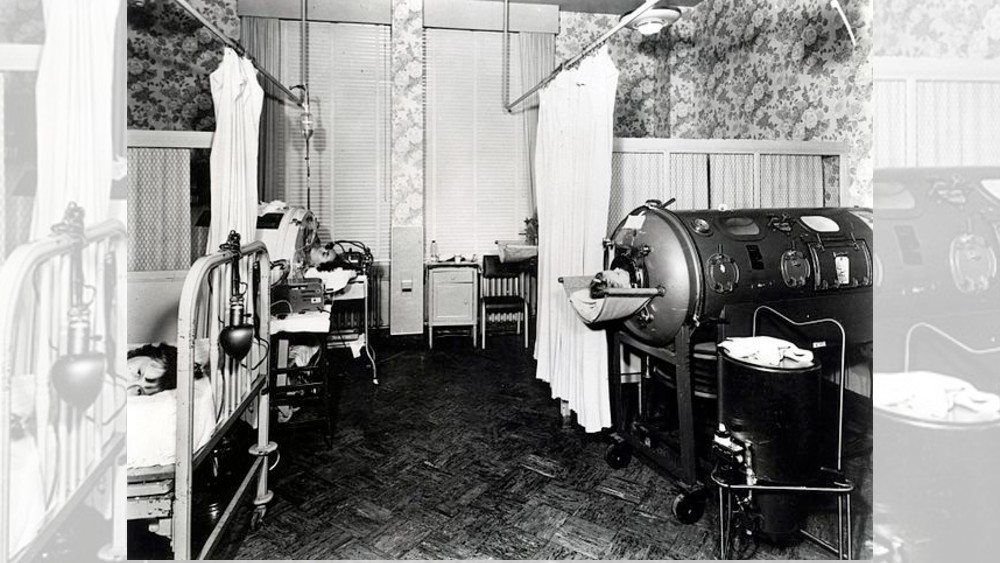 With a historical perspective, it’s plain that Fauci, Facebook, and Biden are being hysterical about vaccines solely to increase their power.

On Friday, Pervy Joe, the man occupying the White House, insisted that Facebook was “killing people” because it wasn’t censoring enough information about COVID. Facebook blasted back that it was censoring enough, Goddammit! It was an unedifying spectacle from a nation that theoretically has a First Amendment.

Historically, one of a government’s primary responsibilities has been to protect citizens against epidemic diseases. Not all diseases, mind you, just epidemic diseases. And again historically, most people have understood epidemic disease to be a highly contagious disease with an equally high mortality rate. As we discover every year, the cold is a highly contagious disease but we pretty much ignore it and no one expects the government to step in and do something about it. This historic ability for a government to exercise its power is why the Democrats are assuring us that COVID is one of the worst diseases ever.

Fauci has likened COVID to smallpox and polio. Okay, let’s talk about the two diseases and why the whole world breathed a sigh of relief when variolation and then vaccination came along for smallpox and when vaccines appeared for polio.

Before getting to smallpox and polio, though, I’d just like to remind everyone that the Black Death, or bubonic plague, which emerged in the mid-14th century, killed off 1/2 to 1/3 of the population across the globe. The strain that passed through flea bites had an 80% mortality rate. Pneumonic plague (passed through contact with someone’s exhalations) had a 90-95% mortality rate. Septicaemic plague had an almost 100% mortality rate. Oh — one more thing: The plague’s journey around the earth resulted from climate change in Asia, a change that occurred with any anthropomorphic aspect. The disease can now be treated with antibiotics, so we just have to hope that it doesn’t become antibiotic-resistant.

But back to Fauci’s falsehoods….

Smallpox killed 33% of those it affected, regardless of the victims’ age or general health. Those who survived were left hideously scarred. If the disease mutated into hemorrhagic, or black, smallpox, it was invariably fatal. The risks of dying from smallpox were so great that people viewed with great relief variolation (inoculation with life smallpox) because it substantially reduced the risk of a fatal infection. Nowadays, when we no longer used life smallpox, the risk from the smallpox vaccine is that one out of 1,000 people get an allergic reaction, with 14-52 people out of one million getting a skin infection or, worse, postvaccinal encephalitis or heart inflammation.

Polio or, more officially, poliomyelitis, was another scourge, especially because its preferred target was children, with many of those who survived left paralyzed. Although polio seems to have ancient genetic origins, it really took off in America in the early 20th century. In 1907, there were 2,500 cases in New York City. By 1916, there were 27,000 cases with 6,000 deaths — that’s a 22% mortality rate. And again, let me remind you that those who were most likely to die were children. Even during the epidemic of 1949, when medical treatments had advanced significantly thanks to two world wars, 42,173 people, mostly children, got polio, with 2,720 dying. That’s a 6.4% mortality rate.

Americans might have been more sanguine about that mortality rate were it not for the fact that polio also paralyzed 0.1-0.5% of those children who were sick enough to show symptoms. (Franklin D. Roosevelt was one of the rare adults unlucky enough to get paralytic polio.) Until the Salk and Sabin vaccines, which were 100% effective and had minimal side effects, polio was an untreatable annual scourge that panicked parents. The modern polio vaccine carries with it a one in one million chance of having an anaphylactic allergic reaction.

So, to sum it up, smallpox had a 33% mortality rate, unless it was in hemorrhagic form, in which case it had a 100% mortality rate. Polio started with a 22% mortality rate in the early 20th century which went down to 6.4% by mid-century. It primarily infected children and left many paralyzed, with some consigned to an iron lung for life. For both diseases, the vaccines are incredibly safe, with severe side effects in the range of 1-52 serious reactions out of a million vaccinations.

Meanwhile, we now know that the first phase infection of COVID (Alpha) had a less than 2% mortality rate for the entire population. Broken down, the main risk begins when people hit their late 50s with it really peaking when people are in their 80s and over. This Statista chart shows information through July 7:

Moreover, we know now, despite the media’s attempt to suppress the information, that treating people early in the disease with a hydroxychloroquine (HCQ) cocktail is an efficacious treatment at any age, as is the case for Ivermectin. For reasons that can only be understood in terms of increasing government power and ousting Trump, the recommended treatment for COVID in 2020 was to do nothing in the early phases and to start treatment only once people were in extremis, by which time HCQ and Ivermectin were ineffective.

Meanwhile, when it comes to the Delta variation of COVID which is now driving the totalitarian hysteria we see from Biden, Fauci, and Facebook, while it’s definitely contagious, it appears to have an even lower mortality rate than COVID itself. In sum, we’re looking at a disease with a low risk for most Americans (at its worst, a less than 2% mortality risk for extremely elderly or vulnerable people, down to an almost 0% for the young ones). It is, moreover, a disease for which there are apparently effective treatments if administered early in the disease’s progress.

And as Los Angeles forces masks onto everyone again, don’t forget that a study has shown that masks, at least the masks that Americans wear (porous and repeatedly touched and reused) are useless. Lockdowns are also useless — unless, of course, the purpose of lockdowns was never to slow the disease but was, instead, always intended to destroy the economy, killing the middle class and making people dependent on government, and to allow for the massive election fraud that put Pervy Joe into the White House. If those were the goals — and they seem to have been — the lockdowns were a spectacular success. (On that subject, I highly recommend Michael Thau’s article examining whether the Chinese were behind lockdown mania.)

Meanwhile, think about these facts concerning the COVID vaccine:

I’m not saying don’t take the vaccine. I think it’s a personal decision based upon your perception of your risk factors. I’m just making the point that, for most of the population, especially the young people the federal government (including academia which is a branch of the Democrat-controlled federal government) is targeting, the vaccine appears to be a higher risk proposition than COVID itself.

My starting point to this post was that the government has historically had great power in times of pandemics.  Let me return to it.

When we watch Fauci, Biden, and Facebook (which is now a branch of the Democrat-run federal government) arguing shrilly about vaccines, they are trying to justify using that great power. For the benefit of the people listening to their efforts to attain total tyranny, they are pretending that we are facing a scourge every bit as dangerous as past scourges (the Black Death, smallpox, or polio). In fact, though, this theatrical tussle is over a disease that’s mostly a statistical blip (although I certainly don’t wish to diminish the tragedy of losing loved ones, especially parents who could have been around longer but for China’s deliberate or irresponsible actions) that can be treated well if caught early, and that seems to be only marginally controlled by a high-risk vaccine.

Recognize the theater for what it is, make your own decisions about the vaccination, and fight back against the left’s relentless efforts to increase its powers beyond the clearly defined limitations set out in our Constitution.

IMAGE: A polio ward with a child in an iron lung. Public domain.