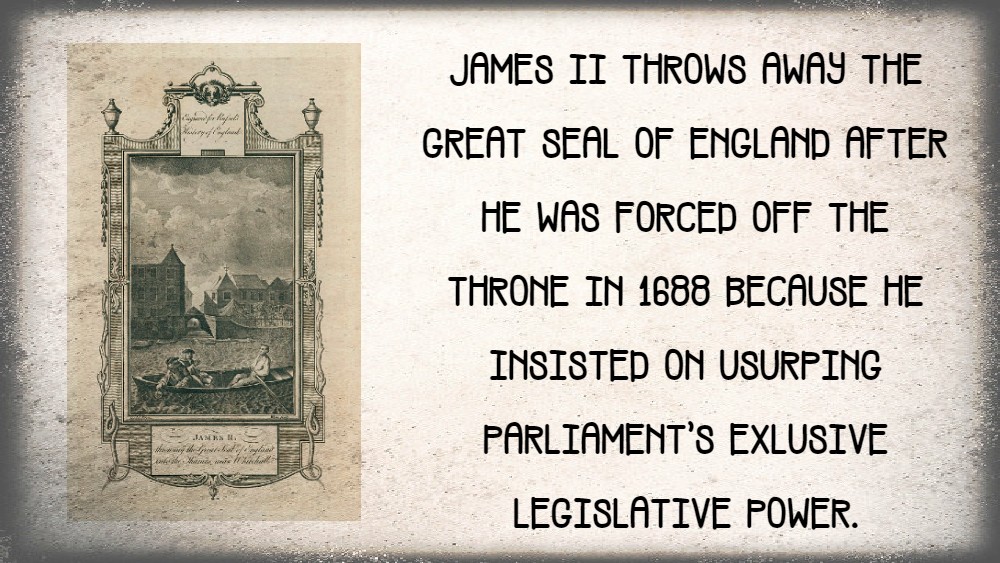 Biden and his team are violating the Constitution as they make up immigration rules on the fly and must be impeached and prosecuted.

Joe Biden needs to be threatened with impeachment and criminal prosecution for de facto failing to secure the border and allowing illegal aliens to enter and remain in the United States, which violates Congress’s duly passed laws.

On the day Joe Biden was inaugurated, he was required by the Constitution Art. II, § 1, Cl. 8, to recite an oath before assuming the powers of the Presidency:

The U.S. Constitution, Art. II § 1 Cl. 1 “vests” the entire “Executive Power” of the United States in the President.  That means that the President is solely responsible for enforcing the laws of the United States as — and only as — duly passed by Congress.  The Founders, in Article II of the Constitution, expounded on the duties of the Executive, stating that the President must “take Care that the Laws” of this nation “be faithfully executed . . .” (Art. II, § 3).

This particular clause of the Constitution has both feet firmly planted in the soil of England.  To briefly explain our pre-1776 English history:

The English experienced two revolutions in the 17th century.  The first was the English Civil War from 1642 to 1651.  King Charles I (reign 1625 – 1649) claimed a divine right to rule England and he governed as a tyrant, not merely wielding the country’s executive powers, but also the legislative power of Parliament.  Acting on his own authority, he repeatedly enacted laws and taxes that Parliament hadn’t authorized. Eventually, Parliament’s largely Puritan army captured Charles and executed him for his crimes against the state of England.

The Puritans won the civil war but then lost the peace.  Oliver Cromwell became England’s military dictator in 1652 and, within a decade, the English were clamoring for the monarchy to return. Charles II, the son of the decapitated Charles I, was invited to take the throne.  He did so in 1660, an event called the Restoration.

King Charles II’s peaceful reign lasted over two decades.  After he died in 1685, Charles I’s second son, James II, came to the throne.  He, like his father, believed he had a divine right to rule and attempted to do so without Parliament.

Worse, James II was a Catholic.  One of the laws Parliament passed was the “Test Act,” designed to insure that Catholics were excluded from the military officer ranks and positions of civil power within government.  James II unilaterally abrogated that law in an attempt to completely change the nature of the country over which he ruled.  Parliament saw this as an act so unconstitutional that it was their primary justification for yet a second revolution.  In 1688, in the “Glorious Revolution,” James II was deposed in favor of the Protestants, William and Mary.

Parliament placed a restriction upon William and Mary.  Before they were crowned King and Queen of England, they had to agree to sign the Bill of Rights of 1689, one of the seminal documents that defined the rights of Englishmen in 1776 (and thus the rights of Americans to this day).  That document enumerated all of James II’s political justifying the revolution and then required of William and Mary that they promise not to repeat those sins. Among those promises was one that had them promise not to ignore Parliament’s laws.

. . .  Whereas the late King James the Second, by the assistance of divers evil counsellors, judges and ministers employed by him, did endeavour to subvert and extirpate the Protestant religion and the laws and liberties of this kingdom;

By assuming and exercising a power of dispensing with and suspending of laws and the execution of laws without consent of Parliament; . . .

And thereupon the said Lords Spiritual and Temporal and Commons, pursuant to their respective letters and elections, being now assembled in a full and free representative of this nation, taking into their most serious consideration the best means for attaining the ends aforesaid, do in the first place (as their ancestors in like case have usually done) for the vindicating and asserting their ancient rights and liberties declare

That the pretended power of suspending the laws or the execution of laws by regal authority without consent of Parliament is illegal;

That the pretended power of dispensing with laws or the execution of laws by regal authority, as it hath been assumed and exercised of late, is illegal; . . .

As the Heritage Foundation writes about the Constitution, Art. II, § 1, Cl. 1, the “Take Care” clause:

Once in office George Washington directed federal and state officers in their execution of federal law. In the midst of the Whiskey Rebellion, Washington observed, “it is my duty to see the Laws executed: to permit them to be trampled upon with impunity would be repugnant to” that duty.

And you will recall that, in 2019, the House impeached Donald Trump in part for temporarily withholding federal aid to Ukraine that Congress had authorized without precondition. As the Articles of Impeachment claimed, President Trump was:

One can argue that what Trump did had ample historic justification in the context of foreign aid.  One can assume the Senate agreed because it refused to convict him of violating his “constitutional duty to take care that the laws be faithfully executed.”

One cannot assume that there is any lawful justification for Biden’s acts when it comes to illegal aliens.  Biden’s administration has thrown open our Southern border to illegal immigrants in the hundreds of thousands, perhaps millions, in just the months that Biden has held office.  Biden, instead of detaining and arresting these people, has been transporting them throughout the United States for resettlement in states without any approval of Congress or the states involved.

While it is true that the law Congress passed, 8 U.S. Code § 1227 – Deportable aliens, sets forth the categories of aliens who are deportable and that the statute gives the Executive some leeway to determine whom to deport, and whom the executive will excuse, that is a limited discretion that must be assessed in light of 8 U.S. Code § 1151 – Worldwide Level of Immigration, in which Congress established the absolute legal limit of how many foreign applicants of various categories may lawfully be allowed into the U.S. in any given year.  One does not have to sit down and work out those exact numbers for 2021 — the Biden administration seems to be hiding the numbers necessary to do the computation — to assess that the Biden administration is grossly violating this law.

Moreover, the HHS Administrator just announced — with no reference whatsoever to 8 U.S. Code § 1151 — that he unilaterally intends to ignore the law and grant these illegal aliens what amounts to de facto amnesty:

Department of Homeland Security Secretary Alejandro Mayorkas said that it makes little sense to pursue all of the 11 million illegal migrants estimated to be in the U.S., the Associated Press reported.

Mayorkas’ comments come as the Biden administration unveiled new plans on Thursday to only have authorities pursue migrants that recently crossed into the U.S. or those who could be a threat to public safety.

The new rules mark a shift from the aggressive policies in former President Donald Trump‘s administration, which instructed authorities to apprehend anyone who had entered the U.S. illegally, the AP reported. Mayorkas said that even if U.S. authorities had the bandwidth to pursue every illegal resident, they shouldn’t attempt it since many of them “have been contributing members of our communities for years.”

This is a deeply unlawful — a seditious conspiracy that sees the Democrats attempt to change the voting demographic through illegal immigration.  This is not merely a political crime that justifies impeaching Biden, Myorkas and others, but it is a criminal act. Every single American suffers when an illegal alien is allowed into this country, taking jobs illegally, often burdening our welfare system, skewing the census and, thus, political representation of the House (Thanks, John Roberts), and diluting the votes of American citizens.   This from Tucker Carlson, one of the few voices of sanity on these issues:

This only ends one of two ways.  One way is that the progressive left succeeds in destroying our nation, assuring a permanent hold on power through unrestricted illegal immigration on a scale amounting to a foreign invasion.  A second is that, if and when the right ever again takes power, the political leaders don’t simply act to stop the invasion of illegals, but they hold progressives criminally liable for failing to uphold the law.  Unless and until that happens, this nation will be repeatedly moved by the left towards a foundational change which only has an upside for them.

Much the same can be said for Soros prosecutors in Democrat states and strongholds who are simply abrogating the duly passed laws of their state and locality.  Every single prosecutor at whatever level of government is a member of the Executive Branch of government.  These prosecutors do not have the authority to cancel the legislature’s laws. This from the Heritage Foundation:

There is nothing progressive about the rogue prosecutor movement. Elected rogue district attorneys have not worked within the law to enhance public safety, protect victims’ rights, lower crime, and serve their community. They usurp the constitutional role of the legislative branch by refusing to prosecute entire categories of crime, abuse the role of the county prosecutor, fail to protect victims of crime, and ignore rising crime rates caused by their radical policies. They exist because George Soros and a handful of other billionaires have invested heavily in the election of district attorneys who are working to reverse engineer and dismantle a criminal justice system that, while not perfect, has resulted in the lowest crime and incarceration rates in decades.

It has long been the common law, which the Supreme Court has supported, that prosecutors have wide discretion in which cases they bring.  But the new “rogue prosecutors” are assuming legislative powers. That is wholly unlawful.  The federal government can and should address this.  The rogue prosecutors’ actions create a tyranny — something wholly antithetical to a republican form government.  The Constitution, Art. IV § 4, provides

The United States shall guarantee to every State in this Union a Republican Form of Government, and shall protect each of them against Invasion; and on Application of the Legislature, or of the Executive (when the Legislature cannot be convened), against domestic Violence.