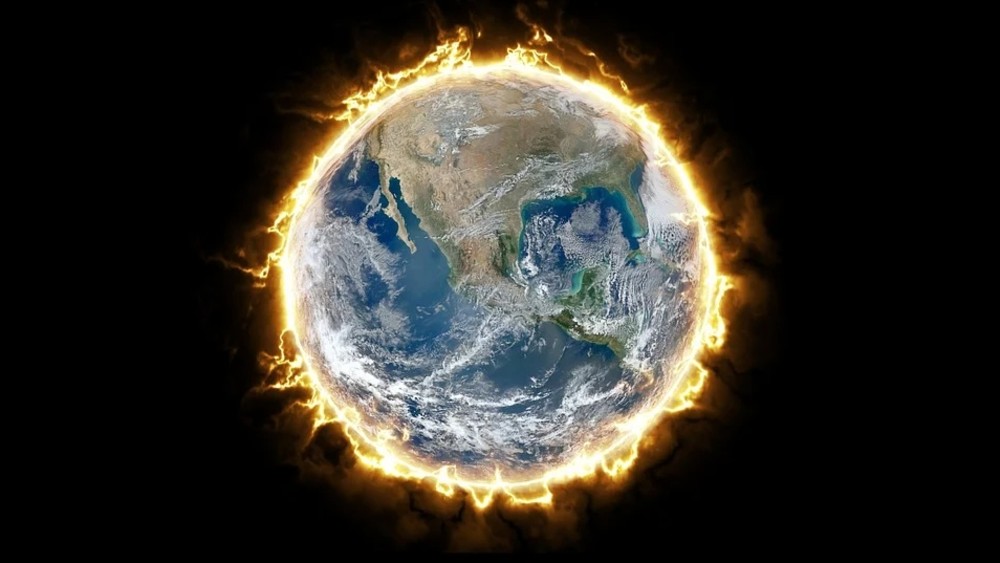 We are being indoctrinated in ways both large and small to end fossil fuels, something that will also end the modern world we know.

There’s another summer heatwave and the Western world’s leftists are again raising the hysteria level to “We’re all going to die unless we end fossil fuels instantly.” I always take the long view of things, of course. Here are a few long view concepts:

We’ve only been tracking temperatures for about 170 years. The earth is 4.5 billion years old. Every time someone says “Hottest day ever,” that person is lying to you.

The ice caps on Mars have been shrinking in sync with ice caps on earth. To me, that’s fairly good evidence that the sun is involved but NASA assures us that’s not so. How much do I trust NASA to tell me the truth? About the distance between a fly’s eyes is the measure of my trust.

The biggest long view I have is that, without fossil fuel, nothing separates us from the pre-modern era. For 99% of the world’s population, that era was not a pretty Jane Austen movie. Life was short, painful, diseased, filthy dirty, hungry, and either too hot or too cold. Most people didn’t live past 40 and half of children died before hitting 5. There were only four energy sources: Human labor, animal labor, and primitive wind and water energy. (Five sources, I guess if you consider the sun drying laundry on the line.)

Those energy limitations were why slavery lasted as long as it did (i.e., from time immemorial until a couple of centuries ago): The easiest labor was slave labor. Humans were easier to train and, if you didn’t mind simply working them to death, as happened in the sugar islands, they were relatively cheap.

And of course, fossil fuels underlie every single aspect of our lives. There is nothing you eat, use, look at, wear, live in, travel with, or anything else that isn’t completely dependent on fossil fuels. Remove those fossil fuels (without a nuclear substitute) and you are suddenly returned to life in a wood or dirt shelter, with only the most limited food and clothing, and really nothing else. Of course, in the transition from our world to that world, expect 80% of the earth’s population to die very quickly from starvation, disease, and violence.

Because fossil fuel is the difference between a life of work, pain, and early death, I hate the way people are being indoctrinated and sent into a panic. And it’s happening in ways you may not even realize. Someone sent me a meme that I decided couldn’t wait because it is so perfectly illustrative of how we are being manipulated into abandoning modernity and returning to the brutal, deadly past: 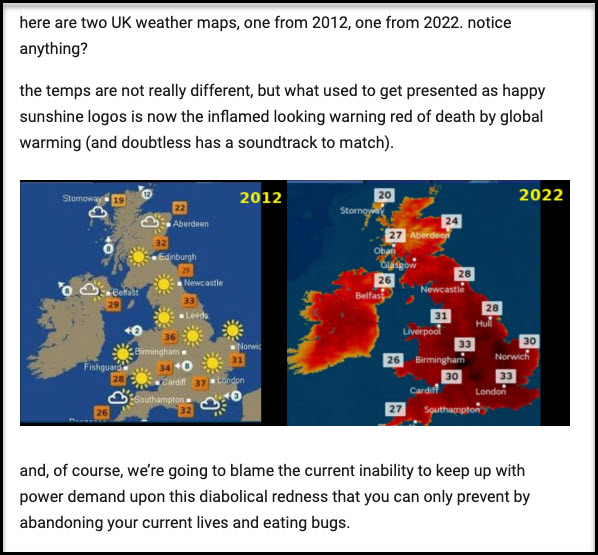 I’ve seldom seen a more brilliant example of brainwashing than that poster.