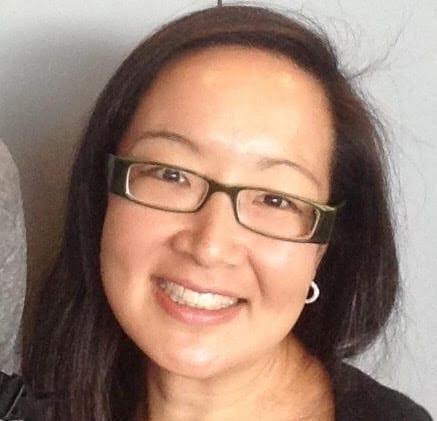 On behalf of all fellow rednecks / white trash, if you believe in the First Amendment, then you should be defending Yale’s Dean June Chu from the PC Police at Yale.  Prof. Stephen Davis, commander of Yale’s Special Snowflake Unit, is in epic meltdown over Prof. Chu’s private speech.

Prof. Chu (PhD, Social Psychology, UC Davis) is the Dean of Yale’s Pierson College.  In that position, she “is responsible for advising about 500 students and fostering “a familiar, comfortable living environment” in keeping with the university’s residential college system. ”  Ironically she was known for promoting ‘cultural sensitivity.’

Ahhhh, but now we learn that when she left the politically correct confines of the Yale campus each day, out came Ms. Hyde.  Free of restraint, Dean Chu had, for years, let loose her acid tongue on Yelp reviews.

Before continuing, let me issue a TRIGGER WARNING for any of you out there that might need it.  We are about to read Dean Chu’s Yelp reviews.  If your mind balks at indelicate utterances and disparaging remarks about, let’s call them deplorables, . . . well, sack up, Buttercup.  This from the NY Post:

June Chu [posted to Yelp a number of] . . . reviews, which had been circulating among students for several months, after the Yale Daily News published screenshots on Saturday.

“To put it quite simply: If you are white trash, this is the perfect night out for you!” Chu wrote in one review of a Japanese restaurant. “This establishment is definitely not authentic by any stretch of any imagination and perfect for those low class folks who believe this is a real night out. Over salted and greasy food. Side note: employees are Chinese, not Japanese.”

Other reviews by Chu, who identified herself as a Chinese-American on the website, focused on her prowess to evaluate a Japanese rice cake as an authentic critic.

“Remember: I am Asian,” Chu wrote. “I know mochi. These are not good and overpriced. They are ice cream mochi which are small in size and easily become freezer burned if not stored well … I guess if you were a white person who has clue what mochi is, this would be fine for you.”

In another review of a movie theater, Chu called the employees there “barely educated morons trying to manage snack orders for the obese” while trying to do simple math.

“Unfortunately it’s this or the Hanover Nugget but heaven forbid the Nugget get movies which pander to the masses,” Chu wrote. “You’ve got no choice and like a fool I remain in line with all the other idiots.”

Chu continued: “Be kind my ass. I pay for my ticket and decent customer service. Decent. I’m not asking for stellar. I’m asking for a bare minimum of competence.”

This was all too much for the “Head” of Pierson College, Professor Stephen Davis, last seen in public when he successfully agitated to drop the appellation of “Master” from his title and those of certain other Yale professors on the grounds that the term “master” was racist.  It is hard to believe that this historically ignorant bozo (Master, as in Headmaster of Hogwarts, is a British traditional title in academia from which Yale copied and has nothing to do with slavery in that context) is a Yale professor, let alone one in a leadership role.

First, Davis put Dean Chu on leave; then, when he found more examples of indelicate Yelp reviews, he went full drama queen.  This from a letter he sent to Pierson College students today, strongly implying that Dean Chu would be fired for her transgressions:

I am very aware that when I last wrote to you on Saturday morning, it was to ask you to partner with me in envisioning a way forward—to carve out space for grace—in the aftermath of Dean Chu’s email to the college apologizing for two Yelp reviews in which she had used inappropriate and unacceptable language pertaining to matters of class and race. . . .

Today I am grieving because I no longer can envision such a way forward. . . .

Whoa.  Today I am grieving????  Someone give the lady a box of tissues and sit her down on the couch before she has an accident.

Now, Prof. Chu is a piece of work.  But let’s face it, she is no better or worse than any other prog.  Hypocrisy and boundless arrogance are their defining characteristics.

When I ran the idea for this post past Ms. Bookworm, she pointed out that progressive professors have been churning out calumny for years against the same targets as Ms. Chu.  The only differences are that they write their screed in the language of academia, not the common tongue, and they publish it in journals, not on Yelp.

Just one example (perhaps the most recent — to which I will not link) involved a group of researchers who reasoned that fundamentalist Christians are dogmatic and inflexible and then, mirable dictu, found such people to be more likely to have suffered brain damage.  There are all sorts of problems with the study, some of which the authors acknowledge, but the most obvious is that being dogmatic and inflexible is not unique to fundamentalist Christians, whether or not that is even a fair description.

Indeed, it seems to me to more accurately describe the secular progressive left who would go so far as to do violence if you challenge their dogma.  Challenge a fundamentalist Christian and, if you are truly evil and disparaging, he might pray for your soul.

The foundational assumptions of the study are themselves the calumny.  This harkens back to the 60’s, when Ivy League psychologists were running tests starting from the assumption that conservative ideology was a form of mental illness.

In sum, Prof. Chu’s sin was not that she targeted white trash, it being open season for attacking white males in progressive academia today, particularly in places like Yale.  Her sin was that she openly attacked lower class whites in the common tongue, with no effort to make her calumny sound academic.

But that said, so what?  If your constitution is so delicate that you get the vapors when some idiot makes a disparaging remark, you need to be in therapy, not in college.  Dean June Chu has clearly been indelicate in her writing, but the closest she comes to a racist remark is to make a disparaging comment about “white trash” — in other words, a subgroup of whites that she disdains.

Now here’s the kicker.  Whether she is right or wrong, justified in her beliefs or not, the fact is that if we cannot talk in such non-PC terms, then we cannot address many of the race and class based problems this nation faces today.  There is a huge problem of cyclical crime, violence,, and lack of educational opportunities for lower class blacks.  Lower middle class whites – seemingly the white trash to which she refers – are suffering from their own problems, not the least of which are rising numbers of single parent homes and a huge rise in substance abuse.  And on and on.

Political correctness is being wielded by the progressive left to make sure that we don’t discuss those topics or that, if we do, then we do so solely within a progressive format in which their preferred narrative has predetermined the answers.

Ironically, it is this same stifling political correctness that is being used to attack Prof. Chu.   If we are to leave the hysterical Prof. Davis in charge of our ability to speak about uncomfortable topics that implicate race and class, then freedom of speech is dead.  That cannot be allowed.  Show your support for Dean June Chu.