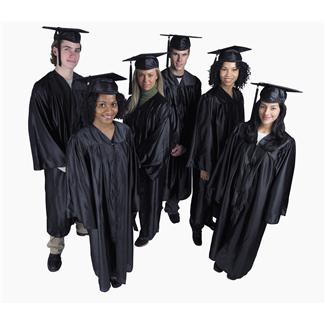 Edward Blum understands America’s promise and, to that end, he is fighting hard against academia’s obsession with race, sex, and sexual orientation.

One of my Little Bookworms is applying for college. Since this Little Bookworm is open-minded about majors, school size, and geographic location, we’re applying to a lot of schools.

For those who haven’t applied had contact with academia lately, whether for themselves or a child, all of the applications are done on-line. And as is so often the case with digital replacements for old-fashioned paperwork, the absence of paper means that the organization solicits far more information than would ever have been considered necessary or, for that matter, feasible, back in the old paper days.

The Little Bookworm and I have spent the last I-don’t-know-how-many days dealing with the Common App, the Coalition for Colleges App, and a variety of dedicated state college application sites. All demand more information than I remember being responsible for back in the 1970s, when I applied to college. (Having said that, my fund of knowledge on the subject is somewhat limited, as I applied only to one university and got admitted there. Easy-peasy.)

What has me seeing red with every single application is the page dedicated to classifying the student by race, sex, and, if they’ve updated their application recently, “gender identification.” And of course, there are the essays that delicately probe whether a person is “disadvantaged” or a “social justice warrior” (with the latter being a “good thing,” rather than something that would send any sensible person out of the room screaming.)

All of these questions should be deleted. What should matter is a student’s academic ability, based upon grades and test scores. It’s disgraceful — and intensely Democrat — to seek to divide, classify, and rate people by their race, country of hereditary origin, sex, or this imaginary new concept of “gender identification.”

It turns out that there’s someone out there fighting this battle against academia’s profoundly divisive, un-American position:

Mr. [Edward] Blum is not a lawyer. But he is a one-man legal factory with a growing record of finding plaintiffs who match his causes, winning big victories and trying above all to erase racial preferences from American life.

Mr. Blum, 65, has orchestrated more than two dozen lawsuits challenging affirmative action practices and voting rights laws across the country. He is behind two of the biggest such cases to reach the Supreme Court: one attacking consideration of race in admissions at the University of Texas, which he lost; the other contesting parts of the Voting Rights Act of 1965, widely considered one of this country’s most important pieces of civil rights legislation, which he won.

Now, in his most high-profile cause of the moment, he has asserted that Harvard University’s affirmative action policies amount to an illegal quota system that denies high-achieving Asian-American students admission in numbers commensurate with their qualifications. He has already forced Harvard to turn over, under court seal, years of highly sensitive data about demographics, test scores and even some personal essays, and he now has a powerful ally in the Justice Department, which is looking into a similar complaint.

Mr. Blum said he was acting on a pure principle — that people should never be judged by the color of their skin.

I wish him all the luck in the world — and, thanks to our having Trump in office, we may finally be on our way to a color blind, race blind, gender-orientation blind education system.