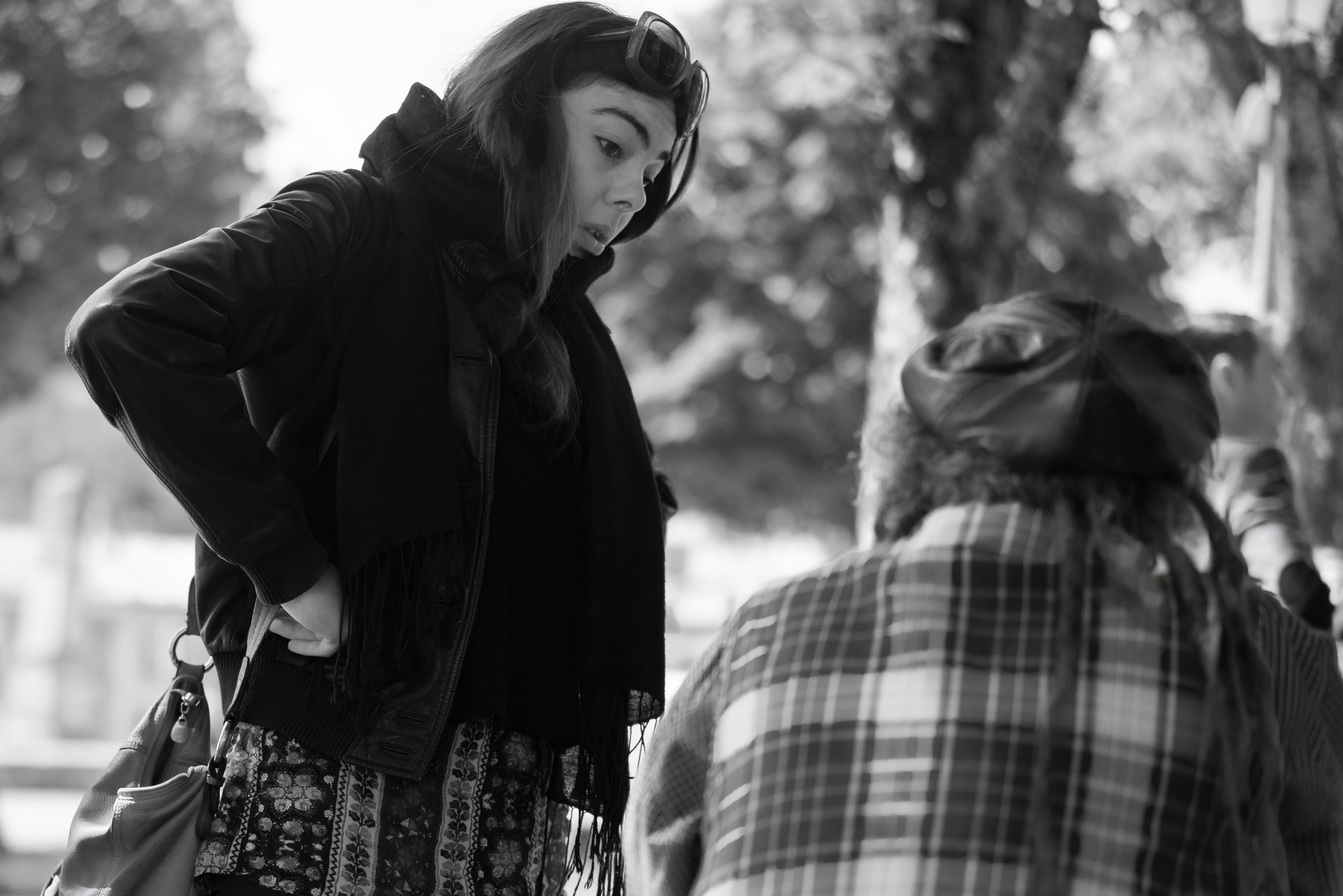 It seems that many in today’s world share the popular perception that women nag. I argue in this post, though, that they’re often just doing their job.

It’s official: UC Berkeley and Bar-Ilan University in Israel have completed a large study that proves that women are perceived as . . . wait for it . . . nags:

The study done by UC-Berkeley and Bar-Ilan University in Israel found that wives, mothers, and sisters are “the most difficult people” to deal with. The survey included responses from “over 1,100 diverse respondents who described over 12,000 relationships.” The result: “close kin, especially women relatives and aging parents, were especially likely to be named as difficult.”

For those between the ages of 21-30, sisters were named as the most difficult to engage, with wives, and mothers coming in second and third respectively. Fathers, brothers, boyfriends, roommates, and co-workers were lower down their list. Older people between 50 and 70 years old also listed mothers and girlfriends as the most difficult in their lives with similar results as those younger when it comes to male family members and friends.

That sounds pretty bad, doesn’t it? However, I do believe that, at least for some women, there’s logic behind this bad reputation.

I’ll start with those nagging sisters. Sisters nag because, despite Progressives’ efforts to erase all sex distinctions, little girls who compare Mommy and Daddy, conclude that “Mommy and I are the same ones.” From that, little girls draw the natural conclusion that they should mimic Mommy’s behavior. If Mommy nags, so should every little girl.

It’s this kind of logic that lies behind a story famous in my family. When my niece was three, her Mom went to the preschool for a parent-teacher conference. Because my niece has always been an intelligent and delightful child, the conference was an excellent one, focusing on how well she was developing. Mom, however, had a concern. She’d noticed at home that my niece seemed to be awfully bossy.  The preschool teacher brushed away these concerns. “All three-year-old girls are bossy. If they could, they’d rule the world.”

(As an aside, my son picked up on something else. My daughter, when quite little, went through a phase of responding to my directions or critiques by saying, “I hate you.”  Rather than addressing that, I always replied, “Well, I still love you — and you still need to pick up your toys.” One memorable day, when the kids — who were, as I said, quite small — got into a heated argument, my daughter, exasperated, flung at her brother, “I hate you.” He knew the answer to that one: “Well, I still love you — and you’re still a poopy face.”)

There: I’ve conceded that sisters and mothers (and, presumably, wives) nag. Do I have a defense? Yes.

When it comes to children, as every mother knows, both direct and indirect instructions need to be repeated over and over and over. That’s part of how children learn. You don’t tell your 2-year-old “clean up your room when you’re done playing,” and then never expect to say it again. You’ll probably say it again thousands of times, perhaps even into the tens of thousands. And that goes for every other activity children need to learn. This is not about disobedience; it’s about learning through repetition.

Still, we all know what it sounds like when you’re a woman who repeats over and over that a person has to do a distasteful task: It sounds an awful lot like nagging.

Nagging also occurs when women are responsible for seeing that someone does a task but have no power to enforce that responsibility. Back in the day, my mother enforced her instructions with a swift smack. Usually, she only needed to tell us once to do a task.

As I’ve written over the years at this blog, at least in my “elite” community, that swift smack is forbidden. It’s the savvy child who learns early that telling the teacher that “Mommy hits” stops Mommy from hitting. As a parent, when you see a few of your neighbors and friends, good parents all, entangled in Child Protective Services, smacking goes out the window as an option.

What comes next are a series of punitive actions, ranging from “Stay in your room” to “I’m taking away your [____] for [__] amount of time,” to “You are not going to that party.” These tactics all work only to varying degrees. I learned that, unless I wanted to strip my children’s rooms bare of every single possession they owned, being sent to their room was not a punishment. Being made to sit in a chair bugged them, but not enough to change their behavior. Taking away one toy was irrelevant; I had to take away all toys And grounding the kids often proved to be more of a punishment for me. As the time stretched by, the children no longer remembered what they were being grounded for, but they sure did remember to make me miserable.

Personality matters, of course. Some children are more docile than others.  Mine are less docile. Thankfully, as one of my children got older, some inner force kicked in and she did her homework without my reminding her. The other child eventually reached that point too, but it sure took a lot longer. For my stubborn one, every reminder, of course, was a nag. I actually would have preferred not to remind my child, because failure is a wonderful teacher. For reasons I will not go into, though, that was not an option.

Whether children obey their mother also depends to some extent on the modeling they see, which gets me to the point about women nagging husbands. From a woman’s point of view, she’s asking her husband to do something she’s pretty powerless to enforce. “Please put your plate in the dishwasher.” “Please don’t leave your dirty clothes on the floor.” “Please help me with the garbage.” Short of making him miserable, which is a terrible dynamic for a marriage, unless he’s willing to do as requested, what can she do beyond asking again . . . and again . . . and again.

To the woman, those are reasonable requests that don’t unduly impinge on the man’s pre-existing contributions to the house (usually in the form of income). To the man, he’s instantly transported to his 14th year, when his awful mother was making him crazy by nagging him endlessly about school work (“You don’t want to flunk out of school, do you?”) and brushing his teeth (“For God’s sake, your teeth are covered with green slime!”) and bathing (“Son, your perspiration glands are active now. Really active. You must bathe.”) and all those other things that teen boys so desperately don’t want to do.

For men who are still young at heart, there’s only one thing to do, and that to do what they did when they were 14: They ignore that nagging woman and, when they can no longer tune out her voice, they lash out at her, youthful testosterone inflamed.

Men justify their irritation by thinking that nobody else nags them, so the problem must be with the woman. What they forget is that all those other people in their lives don’t nag either because they have power (bosses) or they have a finite relationship with the man (store clerks). It’s only the wife who has a multi-dimensional relationship with the man, one that is built solely upon the intangibles of good will and respect. If either of those virtues are in short supply, the that wife is a nag.

Which gets me back to my point about docile versus difficult kids. Kids who see Dad agree to Mom’s requests tend to do so as well; kids who see Dad reliving his teenage years and fighting every request think that’s the appropriate way to handle the situation — don’t do as Mom asks; resist and call her a “nag.”

Incidentally, the above discussion is not to say that some women aren’t actually nags. I know that I could easily have gone in that direction if a wise person hadn’t told me that, when it came to my kids, I needed to catch them being good. Nobody will listen to a scold. Another person told me to be opinionated, but not judgmental. Opinions are honest; judgments are, often, mean and demeaning.

To the best of my ability, I have applied these principles to all the people in my life, not just my kids. My reward was that one child, when in high school, told me, “I can tell you anything because you never make me feel bad about myself. And your advice, while I don’t always like it, is usually right.” My other child, at the same stage in life, said “You’re the easiest person in the world to get along with.”

I’ve often had to swallow unkind words and, on occasion, when I forgot to swallow them, I’ve owed the people in my life a sincere apology. A little choked-back anger and self-abnegation, though, seem worth it to adhere to principles in which I believe.

So yes, women are nags. Some of these nags really are dissatisfied, angry, bossy people who make those around them unhappy. But just as often, they are people doing their job running a household and raising children. Nagging comes with the territory, especially in a society that gives women limited tools to enforce these responsibilities or in a household in which the dynamics don’t quite offer the optimum good-will and respect that defuses most nagging.