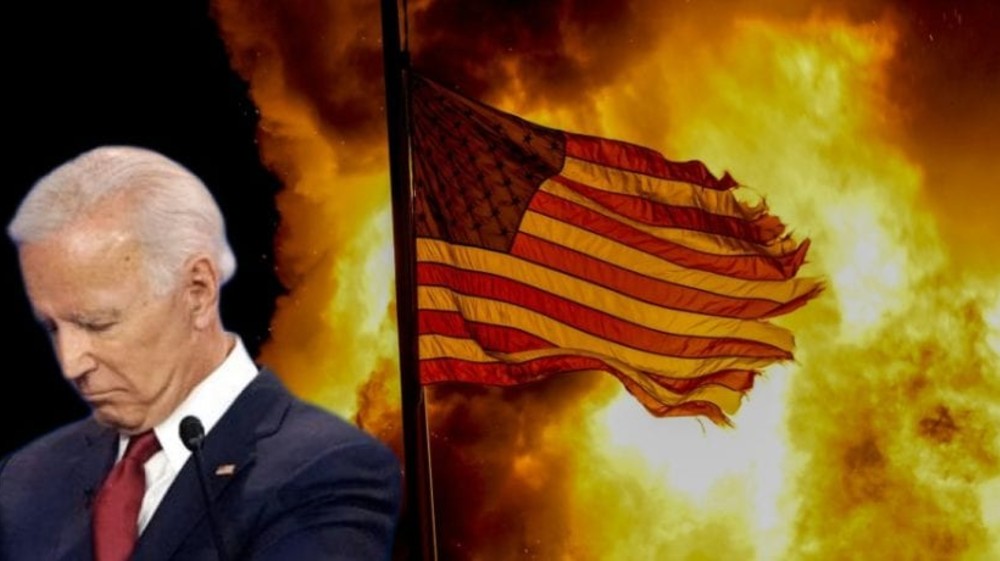 2020 is the year when all bad things converge to put our nation under a threat the likes of which we have not seen since 1861.

2020 is the year when all bad things converge  — the radical socialist movement, the weaponized victim’s groups, critical theory, the legacy of partisan weaponized government, the legacy of partisan unequal justice, postmodernism, riots, plague, lawlessness and wars upon science, objective truth, nuclear families, suburbs, religion, freedom of speech, freedom of thought, policing, the Second Amendment, and the right of self-defense.

Every single one of these evils, with the exception of the Wuhan flu, has gestated in this country for years and, in some cases, decades.  No thinking person with a grasp of reality and the lessons of history could support any of them.  Yet we’ve tolerated these toxins until now, when they have reached critical mass.  The progressives pushing these toxins threaten to overwhelm the nation, whether by a coup in November or election fraud on a scale that would make Robert Mugabe blush.  Then, when they have achieved power, they intend to unconstitutionally or extra-constitutionally change the rules so as to ensure that they never lose it.  Court-packing, statehood for Dem strongholds, end of the filibuster, and permanent vote-by-mail are just a few of the ideas they have floated.

In light of the convergence, only two questions remain important.  Will normal American’s continue to tolerate this?  If so, this nation comes to an end on November 3, 2020.  But if our collective tolerance is now at an end, what will they do?

Let’s deal with one aspect of the first question in this post.  Our nation once practiced a reasonable tolerance and considered it a virtue.  Gerard van der Luen at American Digest has posted an email that I think perfectly encapsulates the issue of American tolerance of these toxins.

I never cared if you were “gay” or whatever acronym you chose to call yourself until you started shoving it down my throat.

I never cared what color you were, if you were a good human until you started blaming me for your problems.

I never cared about your political affiliation until you started to condemn me for mine.

I never cared where you were from in this great Republic until you began condemning people based on where they were born and the history that makes them who they are.

I have never cared if you were well off or poor because I’ve been both.  Until you started calling me names for working hard and bettering myself.

I’ve never cared if your beliefs are different than mine. Until you said my beliefs are wrong.

I’ve never cared if you don’t like guns until you tried to take my guns away.

Do read the entire piece.  Suffice it to say, you have a choice.  You can either care now, or be made to care by our nation’s pudgy, violent little Maoists in the near future.

Normal Americans have been mocked and ridiculed for decades for opposing these many toxins.  “Oh, it’s just at the extremes”. . . .  “Oh, it’s only in academia” . . . or the most ironic of all, “don’t you believe in freedom of speech?”  Let all of this be an abject lesson for posterity . . . assuming our nation survives the coming months.  If we do, we need to be as ruthless in getting those who push these toxins off the public dime as they fully intend to be in imposing their will upon America outside of the honest ballot box and the Constitution.