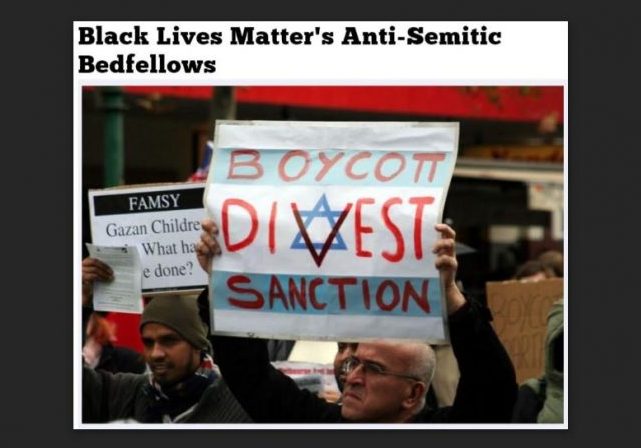 The American media suddenly discovers antisemitism in America. You know it’s not a coincidence when several mainstream media outlets that every non-conservative Jew reads suddenly announce that Donald Trump’s supporters are crazed antisemites. These are, of course, the same media outlets that have been silent for years about the antisemitism at the heart of the Democrat base. My friend JoshuaPundit has written an excellent post highlighting the Left’s despicable and manipulative hypocrisy when it comes to Jew hatred. He left out only one point, which I’ll illustrate with a poster: 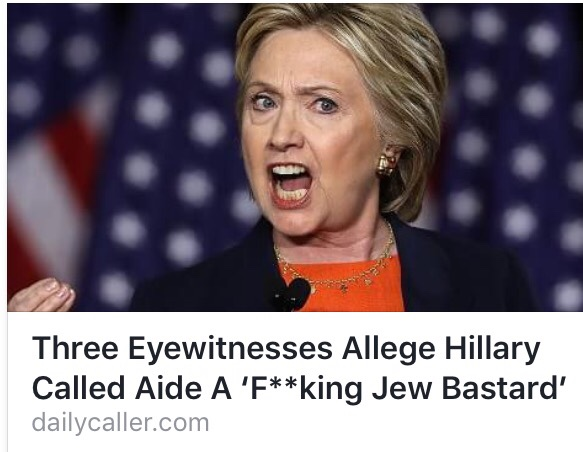 In sum, a small, disfavored fringe of Trump voters are loathsome antisemites. Hillary’s antisemitism problem, however, starts at the top with the lady herself, and drips on down to the campuses, the Black Lives Matter activists, and the Muslims who are central to her constituency.

Hillary reiterates the Left’s assault on Free Speech. Kevin Williamson points out something that every American should fear: Hillary Clinton’s straightforward assault on free speech. Except that it’s only straightforward if you’re informed about the issues, something the Democrats avoid at all cost. You can change that as to yourself and any open-minded friends you have by reading, and having them read, Williamson’s article.

But is it still a conspiracy theory when Huma Abedin’s Mom, Dad, and brother have all worked for Saudi-funded organizations that promote sharia law and that have links with violent Wahhabi entities — and that Huma worked for those organizations herself? Watch this video and decide whether this it is paranoid conspiracy mongering or genuine concern about a woman with strong and deep connections to organizations that seek America’s demise:

Second, read about the Leftist mob attack launched against the article, not on scientific grounds, but on “you offended me” grounds.

Third, read about how the Left’s non-stop assault on reality and science is trying to force cognitive changes in America that uncouple us from the rational, observable world.

About that alleged Palestinian identity. . . . An Arab man cogently and amusingly explains that there are no historic Arab Palestinians. If you’re well and accurately informed, you already know this, but it’s a great video and deserves an audience:

Why cops are quick on the trigger. One of the things you’ll often hear is that cops are too quick to react. They don’t even wait until they’ve seen a gun before they start shooting. As this video compellingly shows, though, by the time a non-cooperative person brings the gun into the cop’s line of sight, the cop is dead:

Moral: If you don’t want a cop to shoot you, be cooperative and make sure that your hands are always where the police can see them. In that way, if you find yourself in an interaction with a police officer, you will have gone a long way to make sure that your life (regardless of your color) matters to you.

Honest Leftists are figuring out there’s a problem. The New Republic, that long-time Progressive bastion, surprised me a great deal when it actually wrote about the Podesta emails that Wikileaks has published. The article tries to square the circle by indicting the entire D.C. establishment as corrupt, but the reality is that Hillary sits atop the peak of that corruption — and that those who support Trump, even if they don’t like him match, do so because they believe that he’s the man who has the best chance of cleaning out the Aegean Stables on the Potomac.

Another conversion tale. As an ideological convert myself, I always enjoy reading other people’s stories about their personal road to Damascus. I really saw a lot of myself in this one.

Your government at work — lying to you. Scientific American has performed a valuable service by providing chapter and verse about how the FDA uses an ignorant and compliant media to manipulate the American people. By the way, Gina McCarthy, who is the EPA administrator, has adopted the hands-over-the-ears “La-la-la, I can’t hear you” approach to those bringing forth hard scientific evidence that almost all of the climate change predictions were wrong, and that climate change is alive in politics only because the government and so-called “scientific institutions” are gaming the numbers. “I can’t hear youuuuuu.”