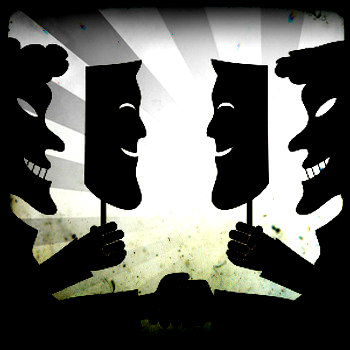 Back in August, when President Trump pardoned Joe Arpaio, my Leftist friends were outraged. As far as they were concerned, he’d effectively pardoned the KKK’s Grand Kleagle.

You can imagine then, how thrilled they were when Project Democracy (which seems more involved in law-fare than actual democracy, you know, where the people have a voice) argued that President Trump acted unconstitutionally:

While the Constitution’s pardon power is broad, it is not unlimited. Like all provisions of the original Constitution of 1787, it is limited by later-enacted amendments, starting with the Bill of Rights. For example, were a president to announce that he planned to pardon all white defendants convicted of a certain crime but not all black defendants, that would conflict with the Fourteenth Amendment’s Equal Protection Clause.

Similarly, issuance of a pardon that violates the Fifth Amendment’s Due Process Clause is also suspect. Under the Due Process Clause, no one in the United States (citizen or otherwise) may “be deprived of life, liberty, or property, without due process of law.” But for due process and judicial review to function, courts must be able to restrain government officials. Due process requires that, when a government official is found by a court to be violating individuals’ constitutional rights, the court can issue effective relief (such as an injunction) ordering the official to cease this unconstitutional conduct. And for an injunction to be effective, there must be a penalty for violation of the injunction—principally, contempt of court.

Strip away the legalese, and they’re arguing that, because Arpaio himself violated people’s constitutional rights (which assumes that people in this country illegally are entitled to constitutional benefits), the President cannot pardon him. Doing so is unconstitutional as to all those other people Arpaio harmed in the past.

The Leftist lawyers on my Facebook page (which means all of my classmates, notwithstanding the fact that we attended a Red State law school) are very excited about this argument. Here are a couple of their comments, slightly edited to protect their privacy:

I think Project Democracy must be right, because if they’re wrong, there’s no check on the executive branch’s ability to violate the Constitution.

The President’s pardon power cannot exceed the judiciary’s contempt power. Otherwise, the President, by pardoning someone who violates a court order, interferes with the powers of a co-equal branch.

Please note the obsession with the Constitution and the fear lest the executive might be pressing his authority too far under that Constitution. Despite their efforts to appear as if they actually know and appreciate the law, they are ignoring completely the breadth of the presidential pardon. Per Article II, Section 2, Clause 1, “The President…shall have Power to grant Reprieves and Pardons for Offences against the United States, except in Cases of Impeachment.” As the Heritage Foundation (no slacker when it comes to constitutional law) explains,

The power to pardon is one of the least limited powers granted to the President in the Constitution. The only limits mentioned in the Constitution are that pardons are limited to offenses against the United States (i.e., not civil or state cases), and that they cannot affect an impeachment process. A reprieve is the commutation or lessening of a sentence already imposed; it does not affect the legal guilt of a person. A pardon, however, completely wipes out the legal effects of a conviction. A pardon can be issued from the time an offense is committed, and can even be issued after the full sentence has been served. It cannot, however, be granted before an offense has been committed, which would give the President the power to waive the laws.

The only limit on the president’s pardoning power is impeachment. That’s why rotten egg presidents tend to do offensive pardons or reprieves — e.g., Marc Rich, Bradley Manning (scourge of Twitter emojis), or Oscar López Rivera — as they’re leaving office, when it’s not worth Congress’s efforts to impeach them.

While my lawyer friends professed themselves horrified that Trump used his broad power to pardon upon someone with whom they disagree politically, these same voices were completely silent when Obama first explicitly stated that he had no power to tamper with Congress’s decision to reject the DREAM act and, second, promptly announced DACA, which created out of whole cloth a presidential authority to effectuate the same principles Congress had earlier rejected and an authority, moreover, that he applied broadly to a class of 5 million people. Just to put Obama’s DACA malfeasance in context, let me quote again for you Project Democracy’s outraged statement explaining the limits placed on presidential power (emphasis mine):

While the Constitution’s pardon power is broad, it is not unlimited. Like all provisions of the original Constitution of 1787, it is limited by later-enacted amendments, starting with the Bill of Rights. For example, were a president to announce that he planned to pardon all white defendants convicted of a certain crime but not all black defendants, that would conflict with the Fourteenth Amendment’s Equal Protection Clause.

Now that Trump has announced that he’s rejecting DACA’s unconstitutional arrogation of presidential power, however, and is placing the matter before Congress, where it belongs, my Leftist lawyer friends are outraged.

Their feeds tell the story: Sessions is a “piece of sh*t,” Trump lacks “compassion,” DREAMers are “true Americans,” Trump is a “white nationalist” — this is what counts as intelligent argument from the lawyers on my feed. And of course, the same people obsessed with the Constitution when it affected Arpaio’s pardon, are busy passing on advice to DACA kids about how to avoid the law.

When it comes to the Rule of Law, Leftists — including Leftist lawyers sworn to uphold the Constitution — demonstrate once again that the Constitution isn’t an end in itself. It is a means they periodically exploit to check conservative efforts to ensure the ascendance of the Rule of Law and the principles of limited government and maximum individual liberty in America.

(As an aside, because it doesn’t merit a full post, something very funny is happening on my Facebook page now that Trump has partnered with Schumer on the debt ceiling. They can’t celebrate the fact that Trump worked with Democrats, because Trump is too evil in their world view to do something normal, let alone bipartisan. What’s left to them is lambasting Schumer for daring to work with Trump. As it is, I think Trump is making a statement to an utterly dysfunctional Republican majority in Congress: work with me or else you will find yourself facing a Democrat administration. Whether this statement has a beneficial effect on a GOP determined to stymie Trump at every turn remains to be seen.)