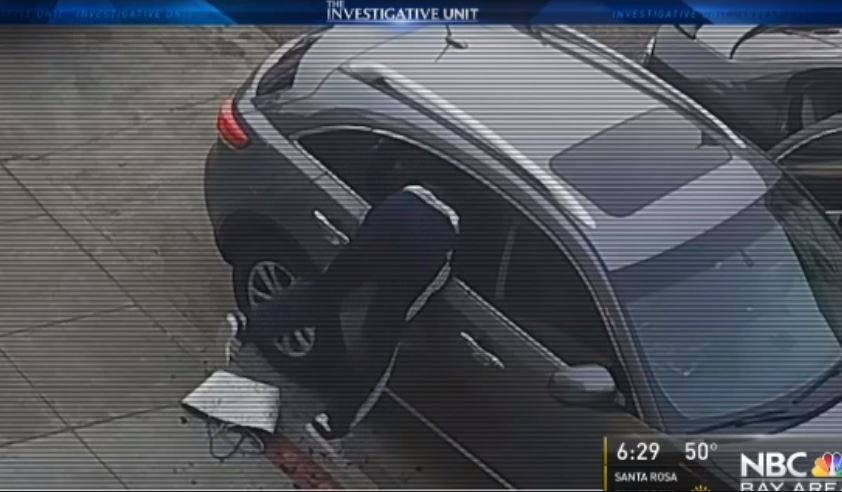 It’s no coincidence that crime is on the rise in California. A fish rots from the head and, when it comes to lawlessness, California is rotten from the top down.

I don’t know whether you are aware, but there is an epidemic of car thefts and break-ins taking place in San Francisco. Car break-ins are at record highs:

When my car was broken into last month, I became by my estimate the 26,000th person in San Francisco to meet that fate this year — and that’s just the people who bothered to report the crime. People at every level of the socioeconomic ladder, in every corner of the city, have been affected by this crime epidemic. But, as I’ve learned over the past few weeks, city government is long on excuses and short on plans to solve the problem.

The number of auto burglaries has tripled since 2010, with no signs of slowing. In fact, there were 5,333 more car break-ins by the end of October 2017 than in the same period of 2016, according to Police Department crime statistics.

So are outright thefts:

The Bay Area had the nation’s highest rate of car theft last year — and the problem is getting worse in San Francisco, statistics show.

The rate of auto thefts in the city rose 14 percent in 2014 and is up another 10 percent as of Sept. 1, police records show. If the trend continues, roughly 7,300 trucks, automobiles and motorcycles could be reported missing in 2015 — San Francisco’s highest count in nearly a decade and a more than 80 percent increase from the low point in 2010.

Per capita, Oakland ranked second in the nation for stolen vehicles in 2012. The numbers there have steadily dropped during the past few years and leveled off this month. Auto theft fell about 4 percent in California from 2013 to 2014, the most recent statewide figures available.

The police aren’t much help, even when the victim is able to deliver the crime to the police in a neatly wrapped package:

I tell the police we’re following a stolen van. This seems to get some attention at first, but after asking more questions and learning it’s a rental they start slow walking. We have a trainee on the phone and his supervisor is right there telling him what to do.

The supervisor gets a hold of the sergeant, and I can hear her asking for permission to disconnect. They want to end the call. And then I get a call on the other line. It’s the sergeant, I think. He never introduced himself.

I answer: “Hello?”
“THIS IS SFPD, WE ARE NOT GOING TO PURSUE YOUR VAN ALL OVER THE CITY”
It’s in caps because he was kinda yelling. I know there’s no point in arguing about this.
“OK I understand, thank you”
Click. He hangs up.

Here’s another story, which takes place frighteningly close to my home.  A friend shared it with me and authorized me to share with you:

I flew out last Friday to visit my daughters and girlfriend. I sent Susanna an article about how there is a SF epidemic of the smashing of car window and stealing whatever is in the car. We see this almost everyday in Pacific Heights when we walk her dogs to the park.

The article said there were over 30,000 incident in 2017 with 8 convictions. Goes great with the homeless and people shooting up on the street, surrounded by garbage.

Sunday we went to the Corte Madera Apple store and each bought 2 new laptops. We stopped for lunch in Sausalito to have lunch at Bar Bocci. Short version, her Range Rover rear window was smashed and the computers gone.

I went back to the restaurant yesterday to watch their video coverage. It was clear the thieves followed us with coverage of them behind us on Bridgeway, pull in behind us in parking lot. 4 people were in the car, a woman followed us into the restaurant (probably to see if we had the packages) 2 guys got out with one watching up and down the street and one paced up and down the sidewalk. It took about 15 minutes and then one of the guys smashes the window, climbs in and pulls the packages out. They just in the car and drive away.

I went to the security office and spent a couple of hours there. It’s all on tape. Them in the parking lot. One at the store, 2 driving around. We get followed out to the rear parking lot by the freeway. The car zooms on a different camera to get to the back. They pickup the guy following us and then follow us right out of the lot.

To say the least, it was very creepy. WTF is going on?

Let me take a stab at answering that last question: WTF is going on?

One can point to all the usual suspects. A breakdown in societal norms. The absence of fathers in the lives of at-risk youth. The abandonment of Judeo-Christian morality. The failure to police small crimes, leading to large crimes (the broken window theory). A systemic aversion to using the law to intervene with minorities, lest one be accused of racism, giving youth who would otherwise be law-abiding carte blanche to go on crime sprees. Too few police officers. Passive police officers in the years following the “Black lives matter, blue lives don’t” movement. I’m sure all of those things play a role.

Here in San Francisco and other parts of California, though, I think there’s something both larger and very specific going on.

Have you all heard the expression that “the fish rots from the head”? I’m guessing that some of you young’uns haven’t. It means that in an organization, if the head of that organization is corrupt, that corruption will inevitable trickle down, eventually permeating the entire organization.

Since 1989, San Francisco has been a “sanctuary city.” What this means is that it aggressively encourages lawlessness within its borders. Illegal aliens who find themselves in San Francisco are pretty much immune to any serious consequences, not just for being in the country illegally, but for any other crimes they might have committed along the way. Putting an illegal alien in the criminal justice cross hairs runs the risk that federal immigration authorities might nab that criminal and return him to his country of origin.

This is a rotten system, one that creates a protected class of criminals. Just read about Katie Steinle — her murder and the criminal “justice” travesty that followed — to understand how corrupt this system is.

The same rot is in Oakland, a city directly across the Bay from San Francisco, and a city (as one of the above articles noted) that place a close second to San Francisco when it comes to car-related crimes. It was in Oakland, just a couple of weeks ago, that the mayor broadcast an imminent ICE raid, allowing hundreds of dangerous felons to avoid being removed from Oakland’s streets.

Earlier this week, more than 850 illegal immigrants managed to elude deportation by officers conducting operations in Northern California. The main reason for that may well have been the mayor’s public warning about the impending raids with information supplied to her by federal authorities. She claims it was “unofficial.”

In layman’s terms, she helped them to escape arrest. More than 150 migrants were eventually apprehended in the ICE operations, according to U.S. Immigration and Customs Enforcement. Roughly half of the detainees had criminal convictions.

The disturbing part of this episode is the role a duly elected politician played in the operation. Taxpaying American citizens need to know that one of the arrestees was a 38-year-old Mexican who belongs to the Sureno gang who had been deported four times before. Many others arrested had weapons, domestic violence, and drunken driving convictions.

That’s pretty rotten. There are going to be other Katie Steinles, other women raped, other children molested, other cars stolen, other violent bar fights, and deadly drunk drivers, because Mayor Libby Schaaf decided to violate the law.

The entire state of California has declared itself a sanctuary state, willing to do whatever it can to prevent federal law enforcement from rounding up dangerous criminals who are in this country unlawfully. The state of California is also making best efforts to circumvent the new tax law. As written, the law no longer allows high tax states to subsidize themselves as the expense of low tax states. That’s been morally rotten for years, and California wants to violate federal law to keep the rot alive.

The fish rots from the head. At the very uppermost echelons in California, we see an unprecedented degree of lawlessness. And what’s unusual about this behavior is that those violating the law aren’t even trying to hide their conduct. They’re proud of it. They boast about it. They urge others to break the law, to “resist,” to fight on the streets, and all the other inflammatory rhetoric aimed at destroying respect for legal norms.

Even people who don’t absorb news as obsessively as you and I do aren’t going to miss the fetid stench of decay wafting down from the top in San Francisco, in Oakland, and in California itself. The fish rots from the head.

If our government has no respect for the law, how in the world can we expect the citizens to have respect? The simple answer is that we can’t. And that may have something to do with a car theft epidemic that has a distinct Third World flavor to it.